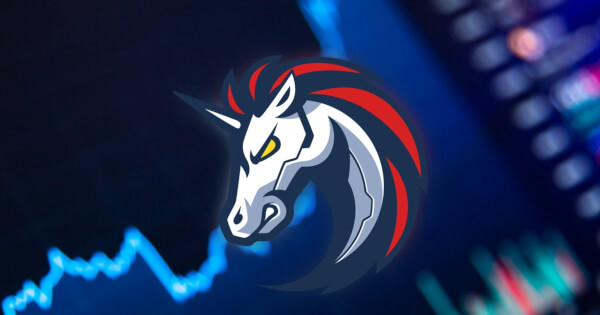 In this article, we are going to take a look at 1inch, a project that solves a real problem in DeFi. Given the many DEXs, segmented liquidity, and things that lead to slippage, 1inch is looking for the best option for a token swap within Ethereum and can save you time and money. How can it do this? Stay tuned for more.

1inch is a protocol built on Ethereum, so a dApp, which looks for the best possible route for swapping tokens within decentralized exchanges.

To understand its usefulness in DeFi, specifically within Ethereum, we need to understand how the token exchange market works in DeFi.

The token swaps market is based on decentralized exchanges that often encounter problems, due to the lack of liquidity, which leads to slippage.

Slippage is the result of a lack of liquidity that leads to a difference between the price a trader expects and the real price of the trade at the time of execution.

DEX aggregators, like 1inch, check a large number of DEXs to find the best price to facilitate a trade or swap. This is very important especially for people who trade larger amounts, where the slippage factor automatically has a greater impact.

Since the platform can access the liquidity of several DEX protocols, in addition to trying to solve the slippage problem, it can reduce price volatility in DeFi. So the project has a solid use case.

The 1inch project was founded by Sergej Kunz and Anton Bukov in 2019. Kunz previously worked as a senior developer at Commerce Connector, Herzog, and even within Porsche, in the DevOps and Cybersecurity departments.

Bukov, the current CTO of 1inch, has also worked in software development since 2002 and has helped form several projects in the DeFi sphere, such as gDAI.io and NEAR.

How Does 1inch Work?

1inch is based on two protocols:

This protocol uses an algorithm that searches among dozens of liquidity protocols like Uniswap, Sushi, Bancor, Balancer, and many others, to find the most efficient trading route. In this case, efficiency means optimal price, slippage, liquidity, and fees.

The protocol is based on smart contracts that are programmed to find this route, and more than that, they can divide transactions into smaller transactions to achieve their goal.

The API used for this process is called by the team “Pathfinder,” and was integrated into the platform with the update of the second version, in November 2020. This update also brought improvements to the interface and response time, more liquidity protocols, and a lower probability of failed transactions.

This is actually an AMM-type DEX. It was released in August 2020, under the original name of Mooniswap, and works differently than Uniswap, Sushi, and other DEXs. It has been designed to compete directly with classic AMMs. With v2, the name of this protocol was changed to 1inch liquidity protocol.

There is also a third so-called “protocol,” which, however, would be better classified as a functionality, namely the Limit Order Protocol. It allows users to execute trades based on prices other than those available at the time, so the swap will take place in the future.

This functionality is very customizable and is carried out with the help of smart contracts. The tokens available in this type of swap are the same as those used in the usual AMM, including ERC20 and BEP20.

Some of the settings of this functionality are:

What Exactly Does 1inch Do?

Let’s say you’d like to swap Ether for wBTC (wrapped Bitcoin), a version of BTC on Ethereum. If you look at several DEXs, you will notice that its price varies (not by much).

The 1inch algorithm looks for the cheapest way to buy the desired amount of wBTC. That may mean that your ETH will first be traded for other currencies, such as UNI, Tether, LINK, THETA, and so on.

The new currency could be traded for another, until the best version, according to the algorithm, of a swap between Ether and wBTC is reached.

The native token of the project is 1INCH, which is of course an ERC20 token since the platform is built on Ethereum. In addition to that, the team also added 1INCH support for Binance Smart Chain through a bridge, without the need for new coins.

It has a circulating supply of 180 million coins with a maximum supply of 1.5 billion. A huge number of coins reached the team, contributors, and advisors, if we look at the distribution scheme.

A total of 55.5% of 1.6 billion goes to them. On top of that, 30% of the coins are used to incentivize the community and 14.5% to support network growth. All remaining coins will be released gradually by December 2024.

The token is used within the ecosystem in the AMM sphere, more precisely in liquidity pools. The most important use case is perhaps that it can be used for governance by all 1INCH holders, without there being a barrier to entry. This model is known as “instant governance.”

1inch is a project with a solid use case in DeFi. The protocol that can find you the best route for a token swap is something that already attracted users and supporters, so it has potential in the future.

The interface is intuitive and user-friendly. Something negative is, perhaps, the token economy. Inflation is fairly high with more than 50% of the tokens being distributed to the team and investors, which is not exactly a good thing for marketing and can affect the users’ perception of the project.

Overall, the project has already launched a perfectly functional platform with a large community, and it is worth watching what will happen with the coins that will reach the team and how this will impact the token price.