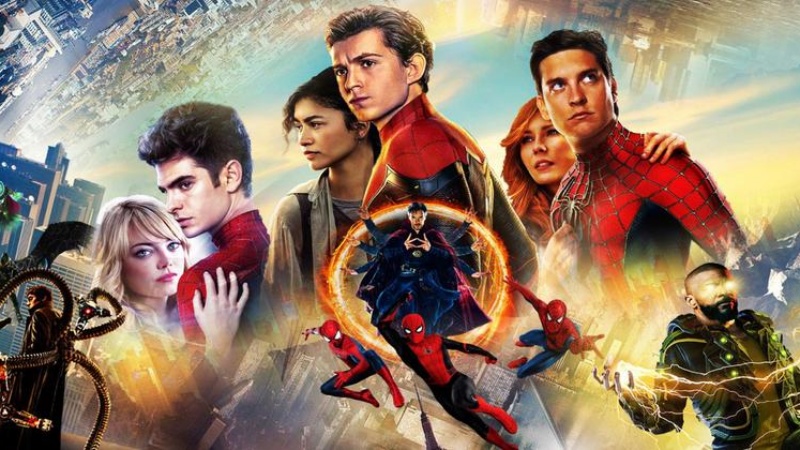 AMC Theaters is working on an NFT promotion for celebrating the opening day of “Spider-Man: No Way Home,” a Sony Pictures production, across cinemas in the US.

AMC Theaters has decided to offer up to 86,000 Spider-Man NFTs for members of two of its subscriptions: “AMC Stubs Premiere & A-List” and “AMC Investor Connect.” In order to be eligible for the airdrop, one has to buy an advance ticket for the December 16th showing of the movie.

This partnership between AMC Entertainment and Sony Pictures represents the first of its kind.

Over 100 NFT designs will be available. They were created by the BAFTA award-winning animation studio Cub Studios. Tokens will later be redeemable on the WAX platform, a carbon-neutral blockchain that runs on a PoS consensus.

The long-awaited film is the third in the new Spider-Man franchise. It acts as the sequel for “Spider-Man: Far From Home,” which grossed $1.13 billion at the global box office.

NFT artist Damien Hirst has airdropped 10,000 NFTs to those who bought artwork from his collection “The Currency.” The giveaway is part of a new NFT collection, “Great Expectations,” a series with 10,000 images based on the artwork for “Certified Lover Boy,” the chart-topping studio album by Canadian rapper Drake.

“I tried to create an image that sums up the powerful hope-filled love, humor & daring truth in the music of Drake for his album cover and now my hope is that with this free gift you can all share and feel the excitement I feel about NFTs and the digital world.”