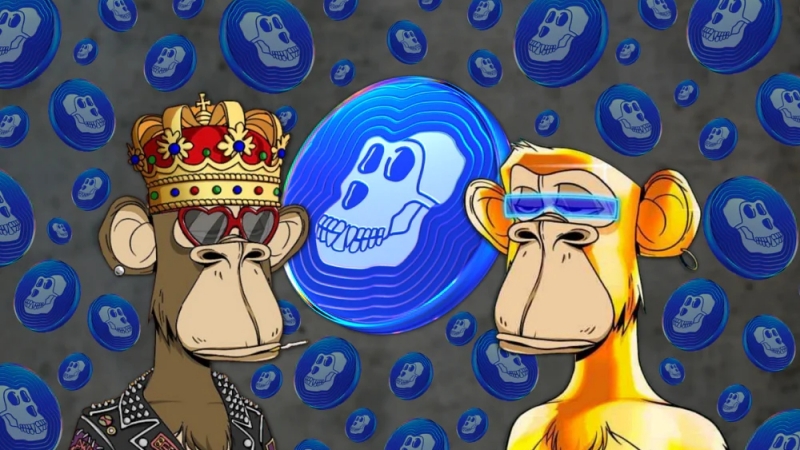 In a relatively short amount of time, meaning less than a year, Bored Ape Yacht Club has reached a point where it is more than a simple NFT collection. It’s an international brand with well-known holders, such as Mark Cuban, Neymar, Paris Hilton, and Justin Bieber. But things go deeper than that.

BAYC is heading towards occupying the same position in the NFT world as Bitcoin does in the crypto space, meaning it is the main reference point and project that generates the highest amount of trust from the community and investors in the long run.

The collection was created before the NFT boom of August 2021, back when this segment was still in an experimental zone. Being among the first collections of this kind to be released and having different and interesting visual elements it quickly came to be one of the most appreciated on the market.

But, today, it is all about the token launched recently by Yuga Labs, ApeCoin.

ApeCoin is an ERC-20 token that has the main utility of maintaining the structure of ApeDAO. But that’s not all. Aside from integrating the token in the decision making system, ApeCoin will be used for play to earn games and for granting access to various events and services.

This DAO is run by a council made out of Alexis Ohanian from Reddit, Amy Wu from FTX, Maaaria Bajwa from Sound Ventures, Yat Siu from Animoca Brands, and Dean Steinbeck from Horizen Labs. In other words, very big names in crypto are actively involved in the future of this token.

Usually, the launch of a token doesn’t go very well with an NFT collection, since the downtrend is almost inevitable, as the inflation for these tokens is hard to absorb by the investors and negatively impact the project in the long-run. But ApeCoin is not a simple token considering the size of the Web 3 BAYC brand.

The interest outside of the holder community is huge since it creates a path of access for those who can’t afford a Bored Ape – which is the majority of crypto investors. So we can invest $1,000 in ApeCoin and feel like we are a part of the BAYC community.

Before moving on to the economic structure of the token, we can see the impact of the BAYC brand globally by checking out the list of exchanges on which it was launched from the first day. Binance, Coinbase, Gemini, FTX, and many more, which shows us how this project is being perceived.

The Economic Structure of ApeCoin

Being a token closely correlated with an NFT collection, it was expected that a part of the ApeCoin total supply would go towards Bored Apes holders and this is what happened.

From the total supply of 1 billion tokens, 15% or 150 million were offered to those who already own at least one NFT from the Bored Apes, Mutant Apes, or Kennel Club collection, and every BAYC holder received at least 10 thousand $APE which at the maximum price of $17 is worth 170 thousand.

The rest of 85% will go towards DAO, Yuga Labs, founding members, people who contributed to the launch of the token, and a charity foundation.

Despite the fact that there will be constant selling pressure from holders who, after all, received free money, there is still long term utility and vision which will only generate interest for the token.

A staking system will be integrated in the future. Two proposals are already prepared to be voted on within the DAO which will certainly make many investors think twice before selling their Ape tokens.

It is terribly difficult to predict how the token will evolve in the long run but what we can say is that, as time goes by, the NFT segment is becoming more defined and more visible.

Since BAYC, together with ApeCoin, is at the forefront of this, it means that the growth potential is unlimited, no matter how we look at the prospects.

Furthermore, this token demonstrates better than anything else the reward levels in the world of crypto – receiving over $100,000 just for owning an NFT is incredible and will only generate more hype.