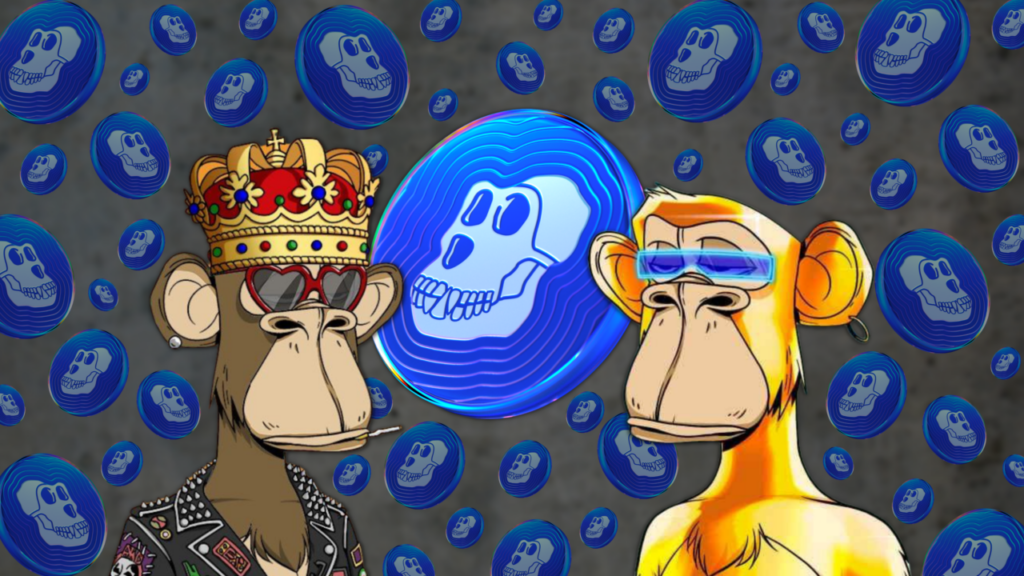 Today we’ll talk about one of the most hyped events in recent months, namely the launch of the ApeCoin token.

Seeing how the Bored Apes collection grew in the past year, it was expected that this piece of news would make waves. But with all this talk we had to wonder – is this really a good investment?

It’s pretty uncommon to be a part of the crypto sphere and not know about the Bored Ape Yacht Club NFT collection. This Yuga Labs project enjoyed popularity from the get-go and it’s likely it will continue to rule in the foreseeable future.

The exact size of this Web 3 brand is difficult to quantify but we can tell it’s big because celebrities like Madonna, Snoop Dogg, Kevin Hart, Mark Cuban, Neymar, and others, own apes. The transaction volume even managed to climb to 50 thousand Ethereum.

This means that taking into consideration the current price of Ethereum, over $130 million are transacted per month.

Basically, Bored Ape Yacht Club isn’t just an NFT collection but it’s becoming something as important for this niche as Bitcoin is for crypto.

This is a good thing in the long run for the collection, the token, and the brand. Collective psychology can help build a strong foundation and keep the project as this niche’s leader. Just like Nike or Microsoft, it seems that only an unpredicted disaster could challenge the throne of Bored Apes.

The reasons for releasing a token, when talking about an NFT collection, are pretty clear. Collection holders will eat it up, new members and investors are brought in, and it represents another source of income for the team.

Since tokens released by NFT projects, generally, don’t have many use cases and the team or holders get them via airdrop or staking, which increases the selling pressure, this pressure must be evened out with its opposite, meaning buying pressure.

This is the main reason why most of the projects that combined NFTs with tokens have taken some damage. The community creates a connection between the image of the collection and the performance of the token. Since the token usually is on a downtrend, the entire project suffers.

But when talking about Bored Apes, we can’t analyze ApeCoin the same way since this token is experiencing higher demand than most projects.

ApeCoin has a maximum supply of 1 billion. 15%, that is 150 millio of which entered the market when the launch took place – or, better said, they could enter the market, as this 15% were released through an airdrop which means Bored Ape owners must claim their stake officially.

Since not all holders have claimed them or are willing to sell the tokens, naturally, less than 15% have actually hit the market.

The rest of the tokens will go towards Yuga Labs, other people who contributed to the project, and 1% toward charity, but only after a lock-up period of 6 to 12 months, and a vesting period of 18 to 36 months.

In order words, distribution is rather good, taking into consideration the fact that 150 million tokens went to holders from the very beginning, making them richer overnight with over $100 thousand.

ApeCoin was launched using a decentralized structure, as an ERC-20 token for DAO governance – namely, ApeDAO – where all holders have a chance to voice their opinion.

This means we can also observe a pretty important utility component, aside from access to events, services, and play-to-earn game integration, that already exist or are planned to be released.

Furthermore, plots of digital land will be sold in the metaverse that is just waiting to be launched. This event is expected to create a lot of hype.

This DAO has a council that includes several big names from the world of crypto. The token was launched starting with its very first day on Binance, Coinbase, FTX, and others.

In other words, we have a highly powerful and influential DAO, basically, unlimited funds, an ever-growing community, the largest brand in the NFT world, and many other pros, that indicate bright things are to come for ApeCoin.

If we take into consideration the fact that ApeCoin has recorded a transactional volume of over $1 billion in 24 hours, it’s not too daring to predict that ApeCoin will continue to reign big.

Since those who wanted to sell, have already did so in the first days following the release, I believe the price will be set somewhere around $10 so, for me, a good entry point would be at about $7-9.

Take into consideration what we’ve told you here and combine it with your own research. Do you think this project will continue to experience success in the months to come? Let us know in the comment section. Until next time, safe investments!