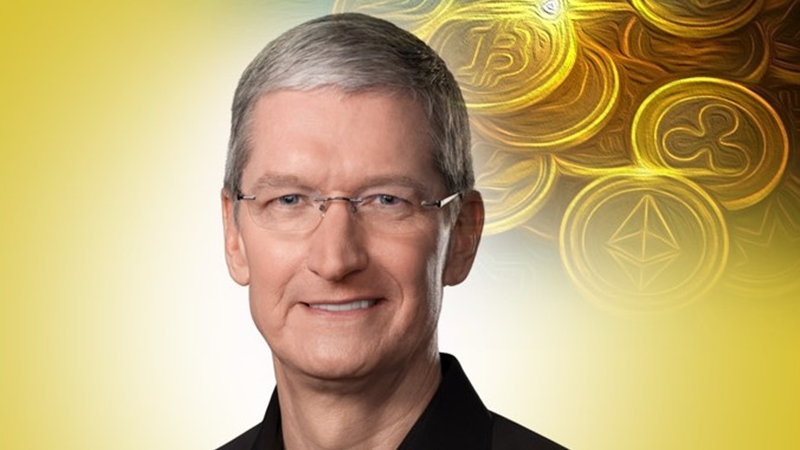 Apple CEO Tim Cook has recently confirmed that he has invested in cryptocurrency to diversify his portfolio. However, he said his company does not intend to follow Tesla’s action and invest in Bitcoin or other digital assets. Cook made the statements during the New York Times’ DealBook Online Summit on Tuesday.

Apple is an American multinational technology company that specializes in consumer electronics, computer software, and online services. It is currently the second-largest company by market capitalization, after Microsoft.

The Apple CEO also excluded plans to accept crypto as payment for Apple products “in the immediate future.”

“We do not plan to do that right now,” he stated. “I don’t think people are buying Apple stock for crypto exposure. If they want to do this, there are other ways they can directly invest in cryptocurrencies.”

With a net worth of more than 1$ billion, the tech CEO admitted he owns some crypto: “ I’ve been interested in crypto for a while. I’ve been researching it and so forth… I think it’s interesting.”

His statement regarding his digital currency holdings adds him to the list of select millionaires who have invested in this market.

For the moment, the company does not accept any form of payment in cryptocurrencies. However, it allows crypto wallet apps on its iPhone App Store but prohibits mining apps. Apple has recently announced that it will launch its own Wallet app for financial services. The application will include contactless Apple Pay, peer-to-peer payments, and the Apple Credit Card.