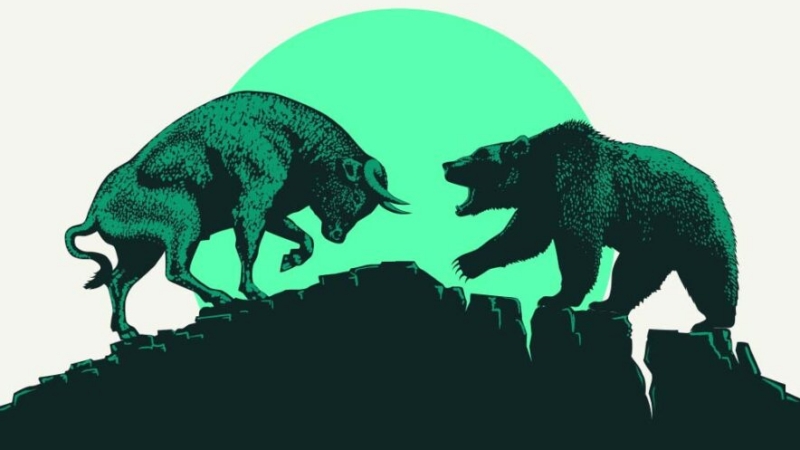 Every market cycle, including crypto, has four phases: the slow accumulation, the run-up phase (or the bull market), the plateau or distribution phase, and the run-down phase (or the bear market).

This pattern can be found in all markets and it’s only natural – but many in the crypto industry tend to forget or want to forget about it which is why they are shocked when the price drops in the final phase.

While a cycle ends, a new one begins, so we shouldn’t beat ourselves up so much when the cycle is entering its final stage. This is why understanding and accepting the existence of cycles can help one maximize their returns and minimize the losses.

The first phase, the accumulation one, comes after a decline as buyers begin to take control of the market. They are often people with good information or insiders. Traders with experience will also pick up the signs early. Of course, bargain hunters are also likely to join during this phase.

The second phase is the markup and it’s where the bull market begins, meaning that prices are rising or they are about to. This phase has demand surpassing supply and increasing prices are making the news around the world.

As prices increase, new people become interested in the asset. Emotions are positive, naturally, and finish in an euphoric feeling at the top.

This is also influenced by the Fear Of Missing Out as long as the price run continues and, why not, even greed.

The third phase is the distribution one. Increased volatility often shapes the top of a markup and the transition into a distribution phase. News coverage is at an all-time high but greed and fear start to take over.

Participants with experience are making profits but buyers begin to bid lower and lower as they start to be suspicious how long the rally could continue.

The fourth phase, the markdown, is characterized by a certain percentage of panic selling. Negative emotions run strong, such as anxiety, capitulation, and anger, since the price goes towards a low point.

It is as if the markup phase is seen in a mirror but with negative emotions instead of positive ones. In the end, the market begins to stabilize itself and a new cycle begins as people start to accumulate again.

Some theorize that the crypto market won’t follow these cycles in the near future with others claiming that the change has already begun. Since institutional investors are now part of the industry and the market is maturing, the cycles could become less defined than before.

What Does Bull Market Mean

A bull market indicates a market in which prices are rising or are predicted to rise. The term was used initially for the stock market, but it is now common for bonds, commodities, and crypto.

Since the prices rise and fall constantly during trading, the term bull market is used to refer to a longer period of time in which the price of crypto is increasing. A bull market can last several months or, in the case of other assets, even years.

There are several indicators for an approaching bull market, such as the MVRV-Z score. This is used to assess when an asset is overvalued or undervalued relative to its “fair value”, as underlined by the deviation between its market cap and realized cap.

When market value is significantly higher than realized value, it has historically indicated a market top (red zone), while the opposite has indicated market bottoms (green zone).

The Mayer Multiple is another technical indicator that showcases if Bitcoin is overbought, oversold, or fairly priced.

The NVT Signal is also used as it takes the total value of the Bitcoin network (aka the market cap) and divides it by the 90 day moving average of daily transaction value.

What Is Bear Market

A bear market is when a market experiences a decline of its prices for a long period of time with the overall investor sentiment being pessimistic. It can often be triggered by a downturn of the economy such a recession which makes it the opposite of a bull market.

There are several factors you could look at in order to see if we are approaching a bear market.

One of them is a depleting Bitcoin trading volume. If there is a discrepancy between volume and price that usually signals that fresh capital entering the market is drying up and buying momentum is waning.

Another factor worth checking out is the weekly Relative Strength Index – a leading momentum indicator that shows when an asset is overbought so it will probably crash and oversold so it will probably rise by calculating the average gains and losses over a 14-day period.

Furthermore, March has consistently been the worst-performing month for bitcoin, with a mean average loss of 14.725% since 2017 when the market began gaining traction. The second-worst month, on average, is September, with a mean loss of 9.05% across a similar time frame.

The most recent cycle seems to have peaked on 10 November 2021 at $69,000. But many argue that, despite a big fall in the overall price of Bitcoin, and, indeed, of the crypto market in general, we have yet to enter a bear market.

While market cycles don’t necessarily have a certain length, it seems Bitcoin, and, largely, the crypto market, experiences these cycles every four years.

Of course, a cycle can be identified easier on a higher frame but it is also possible for a cycle to be made out of several cycles that play out over smaller cycles and can be noticed only on smaller time frames.

Bitcoin accumulated for close to two years, starting with 2015, around the time when the previous markdown was ending. 2017 saw the beginning of important price appreciation which pushed the parabolic markup to the top.

Bitcoin moved up and down between $15,000 and $19,000, followed by a prolonged markdown that lasted all the way until 2019. If you were an investor back then, I bet you remember that all phases were followed by the emotions typical for such a cycle.

The first cycle, the one that peaked in 2014, saw the biggest relative gains for investors.

As a trader or investor, it is highly important for you to understand that the crypto market, up until now, has moved in cycles. Such cycles can offer an important macro perspective which means, before you decide to trade, you can be informed quite well about everything that is happening, has happened, and will happen.

Just keep in mind that, looking at all industries, every time the price went down, it finally went up again also, so it’s important to not get scared at what is only natural.