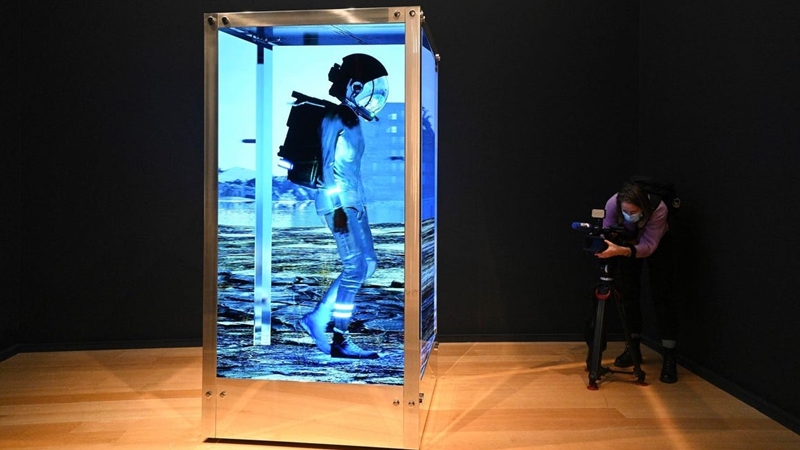 Beeple is a digital artist who this March sold a tokenized artwork called “Everydays: The first 500 Days” for a record $69 million at a Christie’s auction.

Human One is a 3D video sculpture and was recently sold for $28.9 million to an online Switzerland-based bidder at a live Christie’s auction in New York. It represents a hybrid of physical and digital technology, displaying a person in a spacesuit walking through changing landscapes projected on four walls like in a box. The digital part is connected to proof of ownership on the Ethereum network.

The final price was nearly double an expected estimated price in the range of $15 million. The auction ended with a final price of $25 million, plus $3.9 million for the auction house.

Artist Mike Winkelmann, known as Beeple, named it “the first portrait of a human born in the metaverse.” He intends to change the imagery blanketing the four walls of the sculpture throughout his lifetime, building a lifelong connection with the new owner.

The Auction held on Tuesday was Christie’s first live sale in a New York showroom since the pandemic started. It was live-broadcasted on the internet with specialists from London and Hong Kong projected on video screens, and it only lasted 3 minutes. 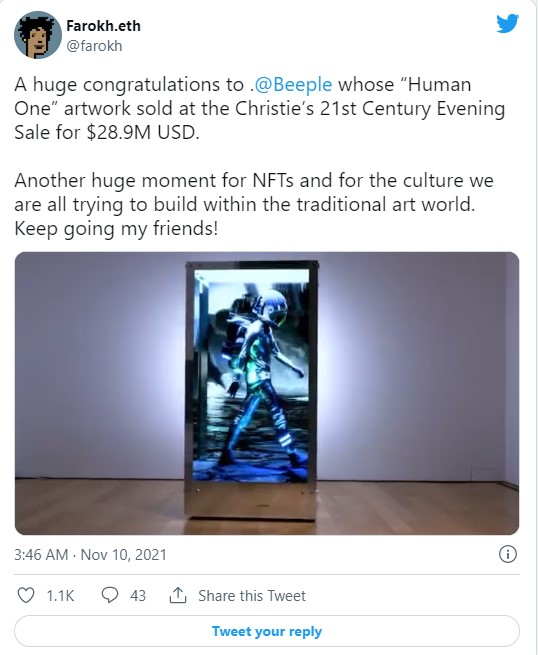 BeepleHuman OneNFT
Previous articleApple CEO Tim Cook Confirms He Owns Crypto, but Denies the Company Adding It to Its PortfolioNext articleDOGE-1 and SpaceX to Launch Mission to the Moon in Early 2022