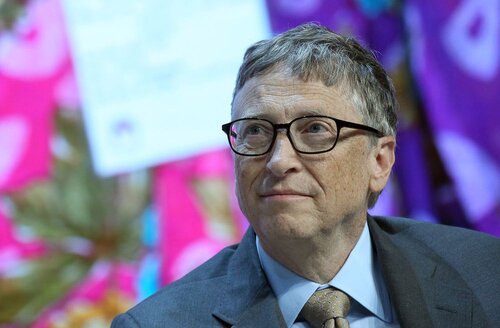 In a recent interview with Bloomberg, Microsoft co-founder Bill Gates warned would-be BTC buyers against jumping into the trade, saying that people who are not as rich as Elon Musk should “watch out.”

The Microsoft Co-founder and Co-Chair of the Bill and Melinda Gates stated, “I do think people get bought into these manias, who may not have as much money to spare, so I’m not bullish on Bitcoin, and my general thought would be that, if you have less money than Elon, you should probably watch out.”

He also said that Elon Musk is “very sophisticated” suggesting that the founder of SpaceX had access to trade management techniques that the average investor might not be able to access. The billionaire added that investors who don’t have as much money to spare as Musk may experience difficulties as a result of the BTC price volatility.

Climate activist Gates also approached Bitcoin’s energy consumption suggesting that the crypto didn’t produce much output although it uses a lot of energy. The Microsoft co-founder added that he was not bullish on bitcoin and that the anonymity behind BTC transactions wasn’t a good thing.

Regarding this matter, Gates said that “The Gates Foundation does a lot in terms of digital currency, but those are things where you can see who’s making the transaction,” adding that “Digital money is a good thing, that’s a different approach.”

Bitcoin price recently hit a new ATH, reaching $58,258, but fell to $46,624. At the time of writing, Bitcoin trades at $50,572. Coincidently, the price crash occurred soon after Elon Musk opined that BTC and ETH’s then-current prices were “high.”