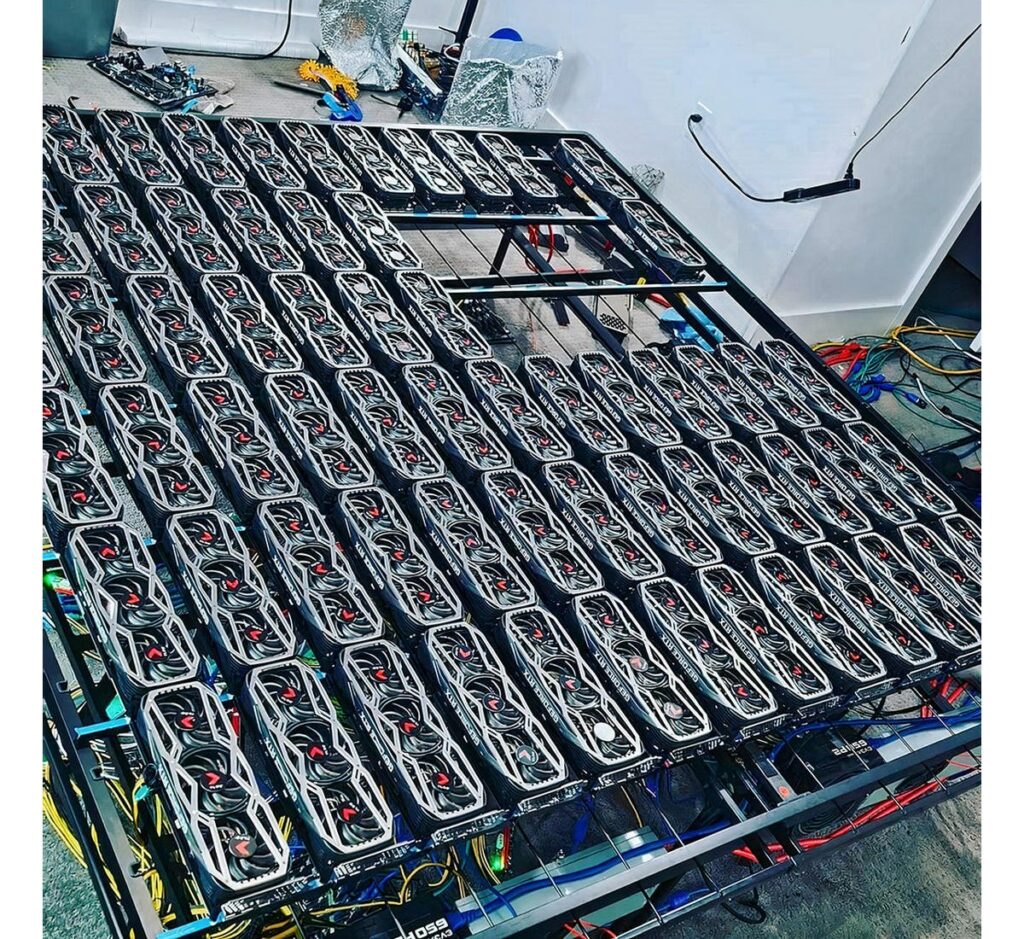 You probably know that many mid-engine supercars have a glass engine cover that lets you have a sneak peek of the mighty power plant inside. But how would you react if you opened it up only to find circuit boards and graphic cards covered by wires and not the amazing V12 engine?

Well, it seems that someone has managed to fit the rear trunk of a BMW i8 hybrid sports car with a crypto mining rig “just to annoy gamers.” Though we can imagine the car lovers community isn’t too pleased either. 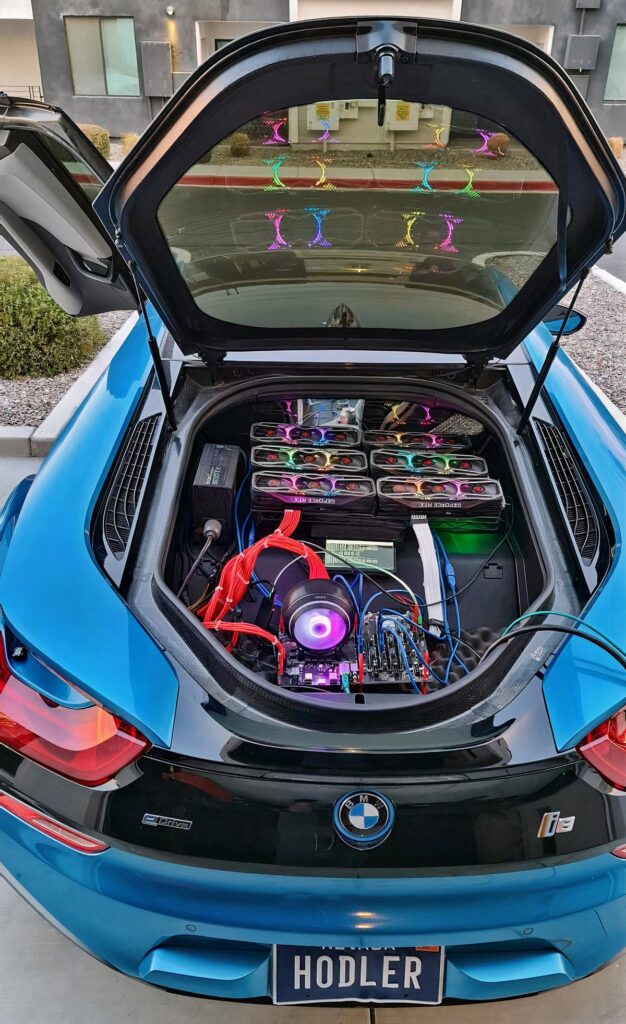 The crypto mining rig on wheels is the property of bitcoin entrepreneur Simon Byrne who’s amassed a fortune on crypto. He also went viral a month ago when he built a mining farm out of 78 PNY GeForce RTX 3080 graphic cards.

It is estimated that it can generate a profit of $128,988 per year. GeForce RTX 3080 is Nvidia’s flagship GPU, and there’s an immense shortage of it on the market. So, yes, gamers really aren’t going to be thrilled by this.

But getting back to the car, Byrne fitted six Nvidia RTX 3080s into his own BMW i8. He declared that his plan is to create a crypto “utopia.”

His car costs around $150,000 and has a Nevada license plate that reads, wait for it, “HODLER.” Clearly, he has a sense of humor.

Byrne said that the hybrid’s battery pack has enough power to run the mobile mining rig. The i8 has the capacity of outputting 3500W from the main outlet, while the rig only requires 1500W to run properly.

So who wouldn’t want a car that basically makes money for you even while parked? The only downside is that the lid has to be kept open to avoid overheating. Somehow, we think we’ll manage.