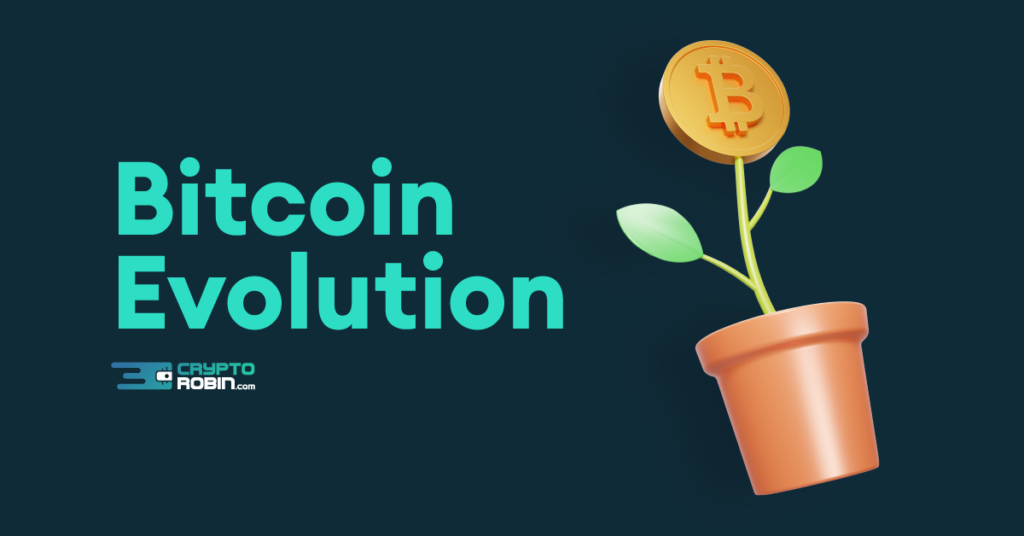 In this article, we will take a look at how Bitcoin evolved in terms of price and adoption. We will also briefly cover the current legislation regarding the use of Bitcoin in different countries.

Created in 2009, Bitcoin is the first cryptocurrency, being decentralized as it uses peer-to-peer technology and software-driven cryptography for its creation and management. For more on what Bitcoin is and how it works, make sure to check our video on this topic.

From its invention and implementation, BTC has taken significant steps both in terms of value and adoption. In January 2011, the Electronic Frontier Foundation, a non-profit group, started accepting Bitcoin, with WikiLeaks and other organizations following in its footsteps later that year.

As a result, the Bitcoin Foundation was launched in 2012, which aimed to speed up the growth of Bitcoin globally “through standardization, protection, and promotion of the open-source protocol.” According to a BitPay report, by the end of 2012, over 1,000 merchants were accepting bitcoin under its payment processing service.

The first bitcoin ATM was launched in Vancouver, British Columbia, Canada, on October 29th, 2013. The ATM allowed clients to sell or buy BTC at a coffee shop. Later that year, the University of Nicosia announced that it would accept BTC.

The number of businesses that accept BTC has surpassed the 15k level as of October 2021. Microsoft, Starbucks, Amazon, and even Sotheby’s are among them.

The legal status of bitcoin differs from one state to another, and while in some of them, it is not yet defined, in others, it is undergoing changes. For example, some states allow the usage and trading of BTC, while others have restricted or even banned it. Therefore, government agencies, courts, and departments around the world have classified bitcoin differently.

Algeria, Bolivia, China, Egypt, Nepal, and Morocco are among the states that have banned the use of Bitcoin. However, a significant moment in the history of Bitcoin was its adoption as legal tender in El Salvador in June 2021, the country becoming the first one in the world to do so.

While some states have gone for an absolute ban regarding the use of BTC, in many countries, there is no legislation against Bitcoin, and it is thus fully legal.

Bitcoin, like all cryptocurrencies, is volatile, but its history has shown that there are times when its price changes outpace even its usual volatile swings, which results in massive price bubbles.

2021 has seen significant changes in Bitcoin’s price. On the one hand, unfortunate worldwide events have put BTC in the spotlight, as it is increasingly seen as a store of value. Moreover, BTC started to draw interest among major institutions, not just retail investors.

The cryptocurrency started the year at the $30k level to reach a peak of more than $64,000 in April. The summer of the same year brought a price drop of 50%, with BTC hitting $32,000. However, this year’s October saw the cryptocurrency reaching an all-time high of $66,974.

Bitcoin has been the topic of much debate, with some praising it and seeing it as “digital gold” and others questioning its value in the long run. However, the growing number of businesses accepting BTC, the interest it drew among institutions and retail investors alike, and the fact that it has become legal tender in El Salvador – which may also happen in other countries – say it all regarding Bitcoin’s evolution and adoption.