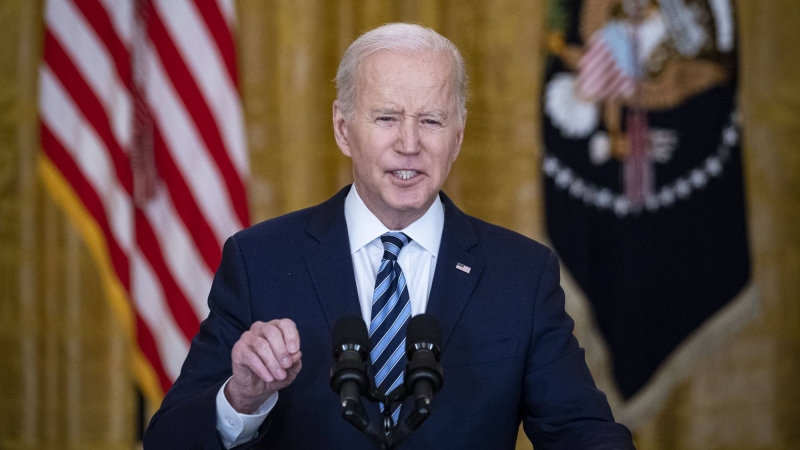 Bitcoin has managed to recover to the $38,000 level after Joe Biden confirmed that the US will not intervene militarily with Russia.

The price of Bitcoin increased by $2,500 in just one hour after Joe Biden commented on the Russian invasion of Ukraine. By now, in fact, the King of Crypto managed to return to the levels seen before the conflict began yesterday.

Yesterday, after it was confirmed that Russia attacked several Ukrainian cities, the price of Bitcoin fell to $34,500 from $39,000. More than $400 million in liquidations took place after the crash.

President Biden declared today that Russia’s aggression “cannot go unanswered,” and mentioned tough sanctions on four of the Russian largest banks from his country and other Western allies.

The plan is to “limit Russia’s ability to do business in dollars, euros, pounds, and yen to be part of the global economy.”

A poll from Associated Press has shown that only 26% of Americans are supportive of the US having an important role in the conflict.