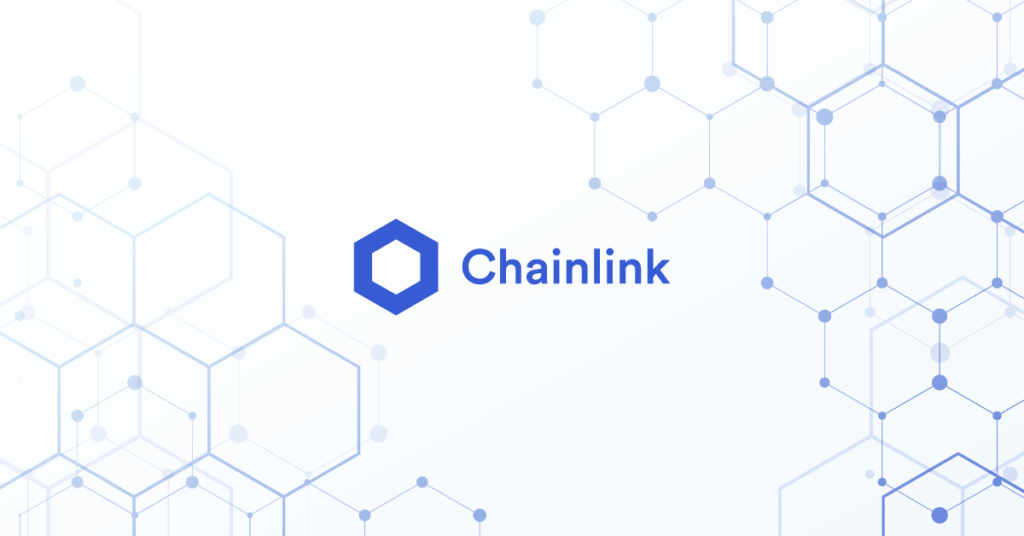 In this article, we are going to take a look at a crypto project that you may have heard of, Chainlink, and explain how it really works and what makes it unique.

Chainlink represents a decentralized oracle network. Thanks to the oracles, Chainlink smart contracts can receive accurate data from non-blockchain sources, like API.

LINK represents an ERC-20 token needed to pay for and verify the accuracy of this oracle service on the Chainlink network.

Chainlink stands out because it truly pushes the limits of smart contracts by offering access to real-world data, events, payments, and others, without having to let go of its precious security.

Chainlink first saw the light of day in 2017, on Ethereum, but it was created in such a way that it can function on any blockchain that has the smart contract feature. In fact, Chainlink doesn’t run its own blockchain, but it uses various blockchains at the same time.

How Does Chainlink Work?

Chainlink makes use of a three-step process that permits the needed communication between the blockchain-based smart contracts it services and external data sources.

The Oracle Selection is the first. This means that a Chainlink user creates a Service Level Agreement (SLA) that asks for a certain set of data information. This SLA is used in order to create a match between the user and the oracles that can offer the needed data. Following the setting of parameters, the user submits the SLA and deposits its LINK cryptocurrency in an Order-Matching contract, which receives bids from oracles.

The second step is data reporting, which is when the oracles are connected with the external data sources in order to receive the real-world data that the SLA wants. The oracles process the data and send it back to the contracts that are using this service.

The third and final step is the result aggregation. This is when all of the data collected by the oracles is put together and returned as an Aggregation contract. This type of contract takes the data points, verifies their validity, and returns a weighted score to the user, aka the smart contract.

The fact that Chainlink uses data from various sources makes this process truly stand out. Chainlink has a high accuracy and uses trustworthy sources.

So what does LINK do in all of this? Well, smart contracts that ask for the data have to pay the Chainlink node operators, and they do this with the cryptocurrency. Node operators are in charge of the price by taking into account the market conditions and demand for the data.

Node operators are also staking LINK to ensure long-term commitment to the project. Just like a Proof of Stake mechanism, the operators for Chainlink are incentivized with LINK rewards, which makes sure that they will act in a trustworthy way.

The reward system and the possibility of losing the staked LINK discourages network nodes from engaging in malicious behavior.

Chainlink is the result of a blockchain-focused tech startup named SmartContract, which was founded in 2014.

The goal of the company is to use blockchain technology – with a focus on smart contracts – in order to create contractual agreements that can be used by anybody who’s a part of the industry, regardless of their background, skill, or expertise.

With some help from Data Collective, Smart Contract began working on this dream, with Sergey Nazarov as the co-founder and CEO. He also founded a crypto exchange and a decentralized email service.

Steve Ellis is the other co-founder of the company, and he acts as its CTO. He collaborated with Sergey on the crypto exchange platform and has experience in software engineering.

Why Is Chainlink Unique?

There are actually several things that make Chainlink unique.

One of the most important aspects is the off-chain architecture. The Chainlink network represents a part of this architecture that has the role of connecting all of the nodes. All nodes are connected to reserves through APIs so that they’ll receive a response for all contracts relying on this service.

Furthermore, Chainlink nodes can also come with external adaptors, which creates a larger connection to just about every third-party API endpoint.

The gathered data is translated with the help of the ChainLink Core software, but it can also be read on-chain, without needing a translation. This software is also in charge of processing the sub-tasks of the SLAs so that the entire operation can take place completely on or off-chain. The aforementioned external adaptors are the ones that make this architecture possible as they bridge the gap between blockchain and real-world applications.

The value of Chainlink

Chainlink node operators have the option of staking LINK as a method of bidding to the intended buyer of the data. The node operator then has to offer the information to the contract that makes the request. Each payout for operators takes place using LINK tokens.

This works as an incentive for node operators who can collect more and more LINK. The more LINK you own, the bigger and more rewarding the data contracts. If an operator doesn’t abide by the rules, their LINK tokens will be removed.

Chainlink is one of the biggest 20 crypto projects by market cap with a value of over 11 billion dollars.

The maximum supply is 1 billion LINK tokens. 35% of that was sold during the ICO in 2017, while others have been used for development or sent to the network nodes to act as an incentive for the decentralized oracle network. Unlike your typical crypto asset, LINK doesn’t come with a process that would increase its circulating supply.

Chainlink validator nodes play the role of blockchain oracles, having to perform a large range of tasks, oftentimes higher than that of nodes from other decentralized platforms. The oracles interact with smart contracts and transmit data from external sources to them.

Validators receive an incentive as LINK tokens when doing these tasks. A validator should stake LINK and, the more they stake, the better and more the contracts they receive.

You can say that Chainlink has solved what some call “the oracle problem.” The oracle problem came from a problem with smart contracts on blockchain networks and the fact that they were totally isolated from the rest of the world.

Smart contracts usually receive their external data from “Oracles,” and that was a huge problem as smart contracts are just as “smart,” so to say, as the information that oracles deliver to them. If a smart contract receives a piece of malicious code or inaccurate data, the contract still processes it, but the outcome would be … bad, to say the least.

Chainlink left all of them behind when it figured out how to retrieve and share information from oracles without exposing the blockchain the smart contracts are running on to any risks.

This was accomplished by creating a decentralized network that serves as a bridge between the oracles and the smart contracts. The system is made out of a connection of individual nodes, all of them serving as smart contracts individually, collecting information and offering it as needed.

As a result, instead of having to trust a source and hope for the best, smart contracts are run through the Chainlink network to gain unlimited access to data feeds, web APIs, or traditional bank account payments.