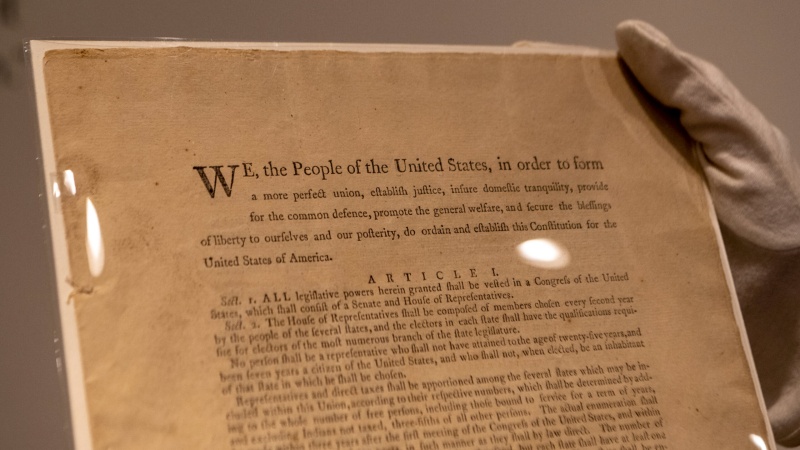 ConstitutionDAO was outbid by an unknown buyer during the Sotheby’s auction house event that featured a first edition copy of the US Constitution – one of just 13 left in existence. The unknown buyer won the auction for $43.17 million.

The 18,800-person Discord channel crowdfunded ConstitutionDAO with more than $40 million in less than a week. 17,000 Ethereum wallets contributed to this.

So-called DAOs have worked similarly in the past in order to win auction-block wins, although they usually focused on crypto, such as NFTs, whose ownership is governed by smart contracts.

The $47 million crowdsourced by ConstitutionDAO may be a red flag for the online investment collective, as the group implied that it wasn’t able to surpass the winning bid of $43.17 million as it didn’t own sufficient funds for the continued maintenance of the precious document.

“I think this is a clear harbinger of the beginning for DAOs. Up to now, there have been many DAOs that have popped up around NFT communities around different kinds of DeFi projects,” but not for real-world assets.

FTX.US was in charge of helping ConstitutionDAO convert the raised crypto to cash.

At the same time, ConstitutionDAO’s actions went viral in mainstream media, with the BBC, New York Times, and Wall Street Journal reporting on the news. This made searches for “DAO” reach an ATH on Google Analytics.

“I think seeing how powerful a DAO can become in a real-world transactions such as this, I think will show people that there’s a lot of potential that people have only dreamed of for these kinds of organizations to be a model for future governance.”