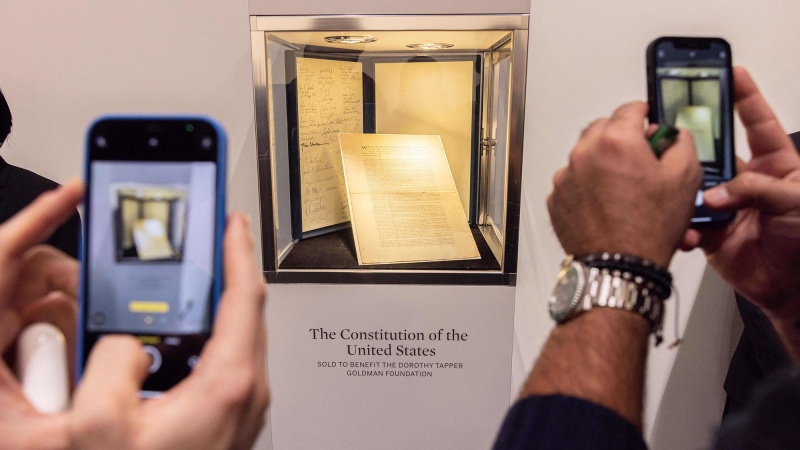 Following almost a week of uncertainty, decentralized autonomous organization ConstitutionDAO confirmed today that it will shut down its operations. It also turned its Discord community to read-only and let its Juicebox funding portal open just for contributors who want to claim their funds back.

The official website of ConstitutionDAO now reads: “We believe this project has run its course.”

The DAO was created in early November with the aim of buying a rare copy of the US Constitution as part of an auction that happened at Sotheby’s on November 18th. The DAO managed to raise more than $45 million, but it didn’t win the auction – Ken Griffin, the CEO of Citadel did.

The majority of observers were not very pleased with the auction as the core contributors of DAO didn’t reveal what the bidding strategy would be nor who was doing the bidding on behalf of the DAO.

Now, the representatives of DAO revealed on Twitter and Discord that they can’t afford the bandwidth necessary for the community of more than 17,000 contributors as some have suggested moving towards a new project.

A DAO representative declared via Discord:

“We have determined that building and maintaining an ongoing project is not something that we as a core team are able to support, given the technical and administrative requirements of doing it properly.”.

The community hasn’t been exactly calm since the result of the auction was announced. Several people in the Discord server have made different suggestions regarding the future of the DAO. As a result of the defeat, some of the contributors asked for refunds immediately, while others revealed that they didn’t wish to pay the high Ethereum gas fees again for the refund so the DAO could do something else with that money.

Over the weekend, things seemed to pick up, as the core contributors of the DAO had named two leaders to be in charge of the future of the group. But now, it seems, ConstitutionDAO will simply become a moment in time, similar to the document it didn’t manage to buy.

DAO
Previous articleSandbox Token Sand Rallied 260% In November – Why?Next articleDue to Regulatory Concerns, eToro Will Delist Cardano for US Users by Next Year