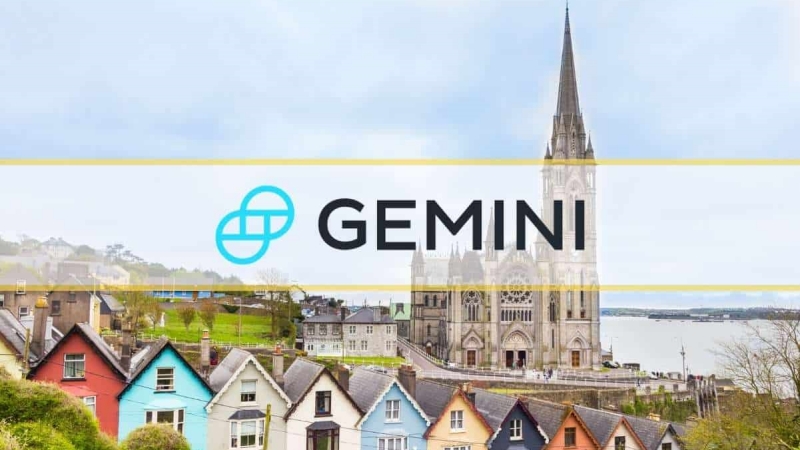 The Irish Central Bank has awarded Gemini Payments, the cryptocurrency exchange founded by Cameron and Tyler Winklevoss, an electronic money (e-money) license. The corporation can now issue digital cash in the country, joining the ranks of Facebook and Google.

Gemini is the first fintech company to be granted license by the Central Bank of Ireland to issue e-money since late 2020, according to a report published in The Irish Times on Monday. The exchange had sought for a local license in early 2020, anticipating the implications of Brexit.

The license comes on the heels of Gemini’s formation of an Irish base in 2021, as the firm seeks to expand its activities throughout the European Union via the country. The company may now offer a wider range of crypto and NFT services in the country thanks to the e-money license.

Users in Ireland can already trade cryptocurrencies on Binance and Coinbase, two of the world’s most popular crypto exchanges.

Ireland’s cryptocurrency laws are somewhat restrictive, but they are mostly based on European standards. In the country, cryptocurrencies are not legal cash, and exchanges must register with the central bank in order to function.

In order to set itself apart from its competitors, Gemini has placed a strong emphasis on regulatory compliance. It has approval from the Financial Conduct Authority (FCA) to issue e-money in the United Kingdom. In fact, this makes it one of the select crypto exchanges allowed to do so.

The exchange is also registered with the New York State Department of Financial Services.

The cryptocurrency industry is thriving in Ireland, but there hasn’t been much movement in the development of legislation. Representatives of BNY Mellon met with Irish Minister of State at the Department of Finance Seán Fleming in May to try to persuade the government of the importance of adopting national crypto regulations while the European Union’s rules for the sector are still being considered, according to a report published last year by the Irish Independent.

“While we recognize that the European Commission’s Crypto Asset Markets (MiCA) proposal aims to create a separate regime for crypto assets at the European level, given the timeframe for this legislative action to come into effect, the national regimes quickly began to fill up the gap within their respective national jurisdictions and we believe Ireland should follow suit.”