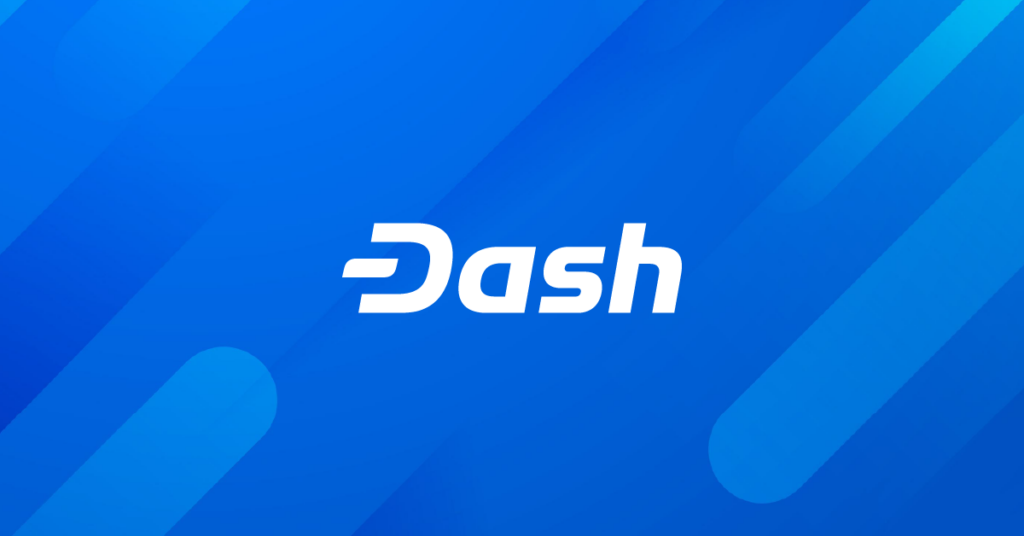 In this article, we are going to take a look at Dash, an open-source blockchain and cryptocurrency focused on enabling instant and private payments to anyone, anywhere in the world. We will briefly explain some of its unique features, how it works, and what sets it apart from Bitcoin.

Launched in January 2014 as a fork of Litecoin and based on Satoshi Nakamoto’s work, Dash was initially known as Xcoin, being developed by Evan Duffield. It didn’t take long before it was rebranded to Darkcoin only to land on its current name, Dash, in 2015, a short form of “digital cash.”

Litecoin is a fork of Bitcoin, so the project was built on the basics of blockchain technology, but as a simpler alternative for mass adoption, with a focus on utilization in the transactional space.

It uses peer-to-peer technology, being secured by strong cryptography, and operates with no central authority. This means that managing transactions and issuing money are carried out collectively by the network.

The project offers a form of money that is portable, easy to use, fast, and divisible. It runs on a self-governing and self-funding model, which makes it possible for the Dash network to pay individuals and businesses for completing work that adds value to the network. This budgeting system and decentralized governance have also turned it into one of the first successful DAOs.

Even though Dash started from Bitcoin, it has moved on from it by adding new features to make it more suitable for being used as a transactional digital currency. The main difference between the two lies in the algorithm used to mine coins.

When Evan Duffield developed the project, he wanted to use an algorithm that would make it extremely difficult to create an ASIC rig capable of mining Dash. He also wanted an algorithm that could prevent problems with the centralization of the Dash blockchain.

That’s how the X11 algorithm came to be. What sets it apart from other Proof-of-Work algorithms is that it uses 11 different hashing functions, which made it difficult to build an ASIC rig capable of mining Dash for a while. This also kept the coin and mining distribution more equitable.

Even if such an ASIC was released in 2018, this algorithm still comes with additional advantages, as it ensures a higher degree of protection against scams and hackers.

Another major difference between this project and Bitcoin lies in the governance system used by the two. Dash has pioneered a self-funding model by splitting block rewards between miners, masternodes, and treasury. Each of the first two groups gets a 45% share, while the treasury gets 10%, which is used to finance future projects. What’s worth mentioning is that Masternodes are able to vote and thus determine the future of Dash.

How Does Dash Work?

The project is based on a two-tier network, which means that nodes and Masternodes are allowed to run in tandem. The first tier of the Dash blockchain is powered by miners who compete to create new blocks and also secure the blockchain. They also preserve transaction history and prevent double-spending. It is important to note here that Dash has an average block time of 2.5 minutes, while Bitcoin’s block time is 10 minutes.

The second tier is controlled by Masternodes which represent one of Dash’s key innovations. These special nodes are users on the network who simplify the verification and validation of transactions. To become a masternode, though, one has to own 1,000 Dash.

It’s through these Masternodes that the project solves Bitcoin’s scalability problem as they take on some of the functions of a miner. The use of masternodes thus helps free up resources from the miners, allowing them to focus on securing the network.

As we’ve said earlier, masternodes have a say in the network’s future development directions and are shareholders, but they also have other roles, namely, to:

Besides the X11 algorithm and masternodes, Dash introduced other innovative features in order to ensure transactions that are not only near instantaneous but also close to impossible to trace. The following features have turned Dash into a pioneering project within the privacy coin sector:

DASH has a circulating supply of 10 million DASH coins, with a maximum supply of 18.9 million. At the time of our research, the DASH ranking on CoinMarketCap.com was #59, with a live market cap of $1.5 billion, and its price hovering around the $140 level.

As we’ve mentioned earlier, 45% of new DASH coins go to miners, the same to masternodes, and 10% to fund future proposals. However, in August 2020, a proposal regarding block reward reallocation was approved. Once activated, this will change the reward block allocation from 50/50 between miners and masternodes to 40/60 respectively.

While Bitcoin reduces the coin emission rate by 50% every 4 years, DASH reduces it by about 7% every 383 days. What this means is that by reducing the block reward by a small amount each year, the transition to a fee-based economy is smoother than in the case of Bitcoin.

There are multiple mobile and desktop Dash wallets available, each one of them with different features. DASH Core Wallet is the official fully-featured wallet and desktop client for DASH; the project’s downloads page is where you can get acquainted with all the wallet options available.

The project describes itself as being instant, global, and easy to use. Plus, it claims that it moves money to anyone, anywhere, and does so instantly and for less than a cent. Without getting into the technicalities of how fees are calculated, suffice it to take the following example to get an idea of what helps Dash score points.

There is an exception when it comes to the CoinJoin feature, though. An average of one in ten CoinJoin transactions is charged a fee of 0.0001 DASH in order to prevent spam attacks. Plus, this is always rounded up to the lowest possible denomination, which means that it is typically 0.001 DASH.

The software developers who founded the project are Evan Duffield and Kyle Hagan. Before launching Dash, Duffield worked at Hawk Financial Group, as well as in public relations, developing search engines and machine learning algorithms. His contribution to Darkcoin was triggered by his desire to add more anonymity to Bitcoin, hence the former name of the coin.

Duffield was the CEO of Dash Core Group until 2017 when he stepped down, taking a strategic advisory role. The current CEO of the Dash core development team is Ryan Taylor, who has previously worked for a multi-million dollar New York hedge fund.

Kyle Hagan is a co-author of the original Darkcoin whitepaper but is no longer part of the team.

According to the information available on the project’s official website, over 4,000 merchants use Dash, such as web stores and games.

Given that several major trusted exchanges have listed Dash, and considering the impressive number of daily active addresses (86,000 to be precise, as of Q1, 2021), the 20,000+ transactions per day, and the many partnerships it has entered, Dash has drawn the attention of merchants, users, and contributors alike, having received a generally positive response.

Moreover, the project has recently announced the launch of DashDirect, a consumer app that allows users to pay with Dash at over 155,000 in-store locations and 125 online retailers across the U.S., such as American Eagle, Best Buy, and GameStop. This is an attempt to reach more consumers, one that we think is likely to succeed.

Dash’s PrivateSend and CoinJoin features set it apart in the ever-growing crypto sphere, but the project is still in development. According to its roadmap, the project plans on further improving the platform and its users’ experience. If you want to keep an eye on how things go with the Dash protocol development, the project’s official blog is worth following.

Even though it still has a few milestones to reach, Dash has delivered so far. It is accepted globally by businesses of different shapes and sizes thanks to its instant and private transactions and low fees. The network has over 4,000 masternodes, which makes it one of the largest in the world. Add the transaction speed of just 1 second, and a promising future for Dash gains contour.

To sum up, Dash remains one of the top contenders when it comes to global adoption as a transactional currency.