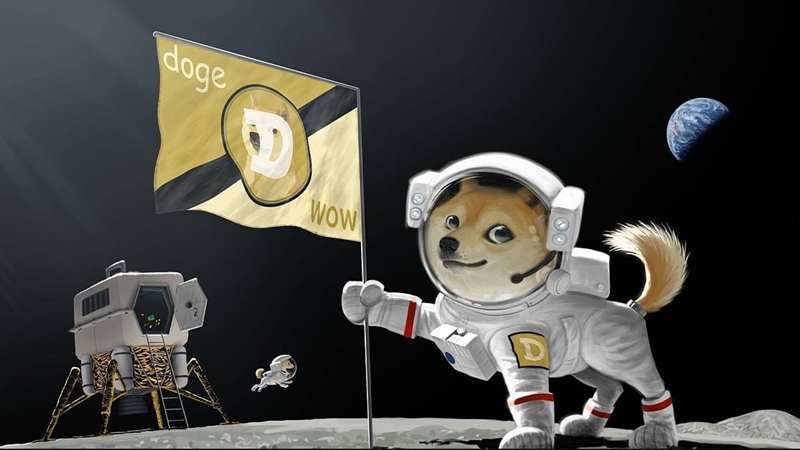 Earlier this year, in May, Tesla and SpaceX Chief Executive Elon Musk announced DOGE-1, a mission to launch a satellite with funds exclusively from the meme-inspired dogecoin cryptocurrency. 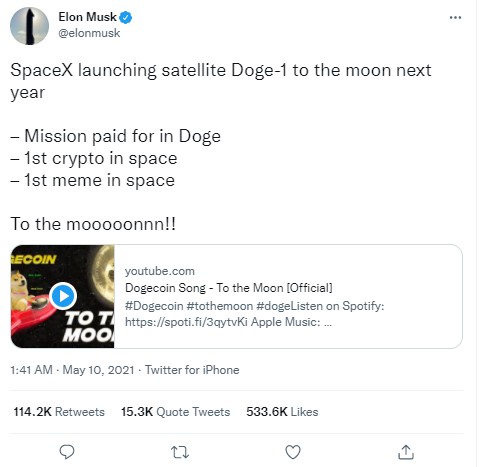 This would represent the first-ever crypto-funded mission to the moon and a new partnership between manufacturer Geometric Energy Corporation (GEC) and two blockchain companies (Unizen and ZenX).

The Dogecoin-funded CubeSat will travel 250,000 miles from Earth to settle into lunar orbit.
There, it will collect lunar-spatial intelligence from sensors and cameras and will send it to GEC for further analysis.

So far, more than 1,600 CubeSats have been launched but only into Low Earth Orbit, somewhere between 100 and 1,200 miles above the Earth’s surface.

Initially, NASA would be the company with the first Cubesat to be sent to the moon. But because of several delays, NASA’s CAPSTONE is postponed for late March 2022. “This means DOGE-1 could be the first CubeSat in history to reach the moon, marking a significant achievement for global spaceflight,” the companies stated.

At the time of writing, Dogecoin is trading at $0.2725, which is 63% lower than its all-time high from May, when this mission was announced.