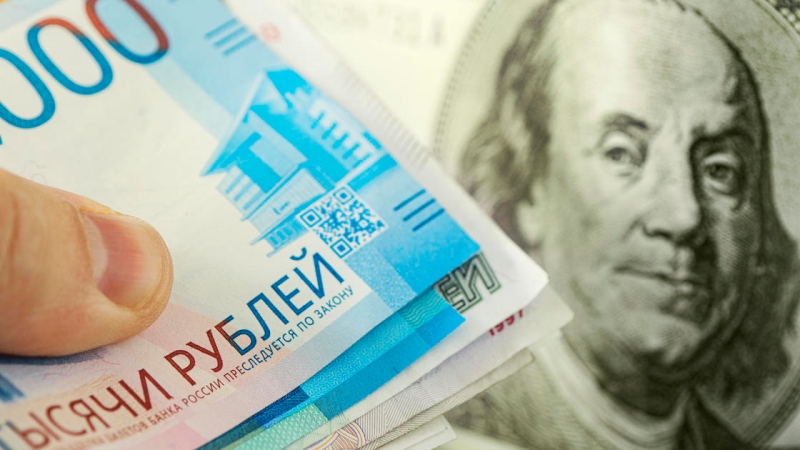 The Russian ruble, which dropped below a penny two months ago, is now the best-performing currency in the world. The “unusual situation” has perplexed American economists because a country suffering harsh sanctions typically sees its fiat currency depreciate, while Russia’s ruble has done the exact opposite.

The Russian currency fell to historic lows on February 28, 2022,  and citizens began withdrawing large sums of money, creating what several sources referred to as a “bank run.” At the time, Russia was subjected to severe financial restrictions imposed by countries opposing to the Ukrainian conflict. Furthermore, the Bank of Russia’s international reserves were restricted by the US, the European Commission, and Western friends.

The Russian ruble recovered to pre-war values that week in April, and the fiat currency has been resilient ever since. Various headlines from Western-based media publications have recently stated that the Russian ruble is currently the world’s best-performing fiat currency. In an interview with CBS, Jeffrey Frankel, a Harvard Kennedy School professor of capital formation and growth, said that the rise in the ruble is “an unusual situation.” In comparison to the eurozone’s euro and the US dollar, the ruble has reached new highs.

The rise in commodity prices has been ascribed to the ruble’s durability, according to Tatiana Orlova, Oxford Economics’ chief emerging markets economist. “Commodity prices are currently sky-high, and even though Russian exports are declining owing to embargoes and sanctions, the increase in commodity prices more than compensates for these declines,” Orlova added. Orlova also told CBS that in Russia, there is a tremendous disparity between exports and imports. The Oxford economist further mentioned the strange coincidence where exports are increasing while imports are plummeting.

Orlova also spoke about the capital limitations established by Russia’s central bank, as well as how foreign stock and bond holders are unable to receive dividends in other countries. The Oxford economist added, “That used to be quite a significant source of currency outflows from Russia – now that channel is closed.”

bank of russia
Previous articleRequest Finance Is Backed by Balderton and Animoca Brands in a $5.5 Million InvestmentNext articleIs the PoS Era Finally Here? On Ropsten, the Ethereum Merge Makes a Successful Debut