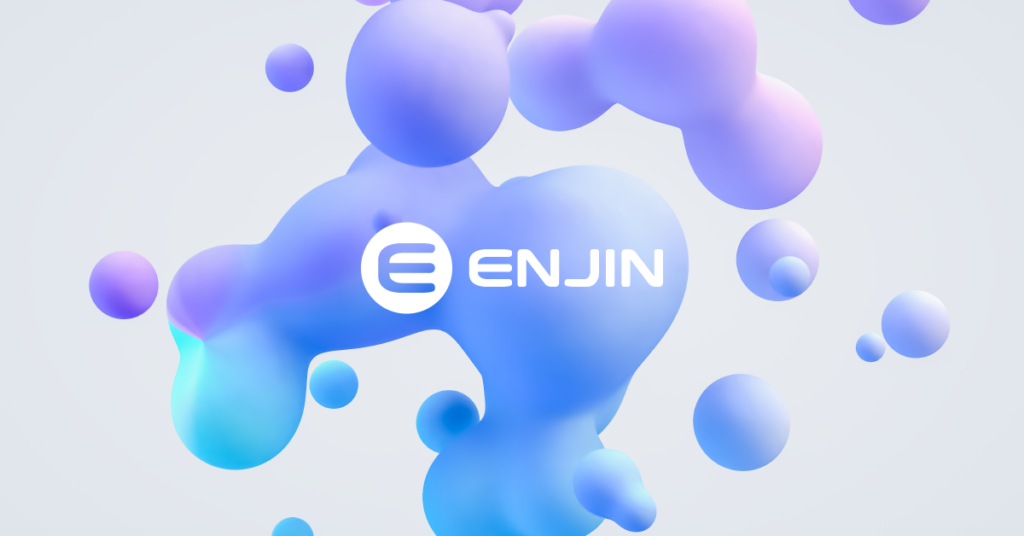 In this article, we are going to take a look at Enjin, a blockchain-based gaming platform that enables cross-platform development and exchange of digital goods. We will briefly explain some of its unique features and how it works.

Behind the Enjin ecosystem is a Singapore-based tech company that created Enjin as a gaming platform in 2009.

The company pivoted to the blockchain sphere in 2017 and officially launched the Enjin platform on the Ethereum mainnet in 2018.

What Exactly Is Enjin?

Enjin is a holistic product ecosystem that facilitates the creation, trading, integration, and storage of tokenized assets.

Simply put, we are talking about a gaming platform, where you can create NFTs without the need for programming knowledge, as the team provides SDKs.

In addition to NFTs, fungible digital assets can also be created, and the ecosystem also includes:

Firstly, we’re going to look at what appears to be the platform’s most important functionality: digital asset minting.

Through a set of tools integrated into the platform, Enjin enables the creation of NFTs and FTs (fungible tokens), with a focus on three basic elements, that is, identity, utility, and attractiveness as an investment.

Any NFT created has its own identity, from name to personality, a story, and details or features specially chosen to have a better-defined identity.

Any token, whether fungible or non-fungible, may have a higher initial value if useful. We’ll talk in more detail about utility when we get to the native currency, ENJ.

Through its ecosystem, which makes it possible to create virtual economies, using the Ethereum blockchain and the two elements we talked about before, Enjin also enables the third one, namely, attractiveness as an investment.

The second important product offered by Enjin is the marketplace, on which digital assets can be traded.

At the moment, nearly 18,000 assets are listed, from various games or projects like Binance, Coingecko, and so on.

The currency used for trading on the marketplace is, of course, ENJ, and some interesting figures about the product are available on the site: almost 45 million total volume of ENJ spent on assets within the marketplace and almost 1 million assets traded.

Another product that is closely related to the marketplace is the wallet created by the team, which is a wallet compatible with BTC and ETH but also with any ERC-20, ERC-721, and ERC-1155 token. The last one is a standard token, being more flexible and designed by the Enjin team itself.

In addition to these products, we also have Beam, which we’ve mentioned earlier and which allows the distribution of NFTs with the help of QR codes and Jumpnet, which is a separate blockchain from Ethereum, with much smaller gas fees. It is, however, linked to Ethereum through a bridge and allows instant transactions of ENJ and ERC-1155 tokens.

The main currency, the one on which the ecosystem is based, is ENJ, an ERC-20 token, with a maximum supply of 1 billion ENJ coins and 934 million in circulation.

Besides the fact that almost all ENJ coins are already in circulation, the use case is an excellent one, as far as I’m concerned.

Firstly, in the process of creating digital assets using the platform, a certain amount of ENJ coins is required to be locked for any NFT.

To unlock the coins, anyone who owns that NFT can destroy it, through a process called melting. This, combined with the fact that almost all coins are already in circulation, causes the demand for ENJ to increase as more and more games use Enjin, without there being too much inflation to counteract this.

The team, through a partnership with Aave, was also able to enter the DeFi space with the ENJ currency and allow users to deposit ENJ in Aave, thus receiving interest from those who borrow the asset.

Besides Aave, Enjin also has partnerships with Atari, BMW, Microsoft, Samsung, and Unity.

For me, Enjin is one of the most interesting projects in the field of NFTs, for several reasons.

One of the most solid use cases for NFTs is definitely the gaming area, where it solves a real problem. An item or any kind of asset that can be turned into an NFT is more securely stored on a blockchain than by a centralized entity and is automatically part of a larger digital economy.

Enjin has already matured and can easily be implemented by huge gaming platforms, which would make the currency more and more attractive. Overall, it is a promising project, which I think has all the elements needed to secure a bright future.

ENJenjinFTsNFTs
Previous articleBank of America, FTX, Coinbase Ventures and Others Invest in Paxos’ $300M Funding RoundNext articleVeChain ($VET) – Why Is It a Really Special Project?