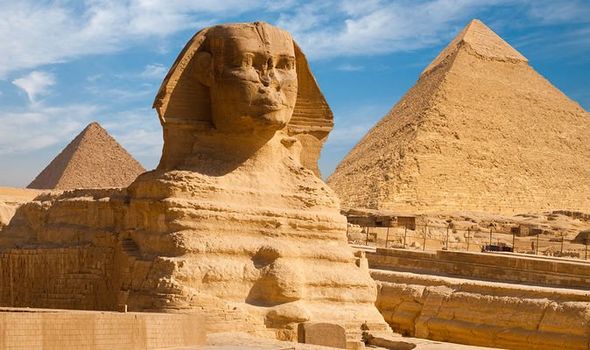 Enjin, which is the first dedicated blockchain that allowed anyone to mint NFTs, has begun a collaboration with Virtual Worlds, a brand focused on sharing the most important and awe-inspiring monuments in the world as part of a digital experience.

As a way of celebrating their new partnership, Virtual Worlds and Enjin will create a set of NFTs of the most famous Egyptian monuments – the Pyramids of Giza and the Great Sphinx.

The limited-edition NFTs will be available on the official website. The owners will be able to not just hold the historical monuments in their hands but also showcase them in the virtual houses of Virtual Worlds.

This is the first time ever that NFTs were created using digitized historical landmarks.

Virtual Worlds has been creating digitized historical landmarks for over two decades and has worked with important names, such as Amazon, Netflix, National Geographic, Nvidia, and Disney, among others.

“At Virtual Worlds, we’re bringing the world’s most important artifacts and monuments to a new digital ecosystem, preserving them for future generations and making them accessible to the world in ways they’ve never been before. With Enjin behind us, our past global heritage can be shared and live on in our digital future,” declared the CEO of Virtual Worlds.

This announcement could change the way NFTs are made, thanks to the use of photogrammetry and the Unreal Engine which are used to create amazing 3D replicas of landmarks, thus creating a bridge between 3D graphics and NFTs.