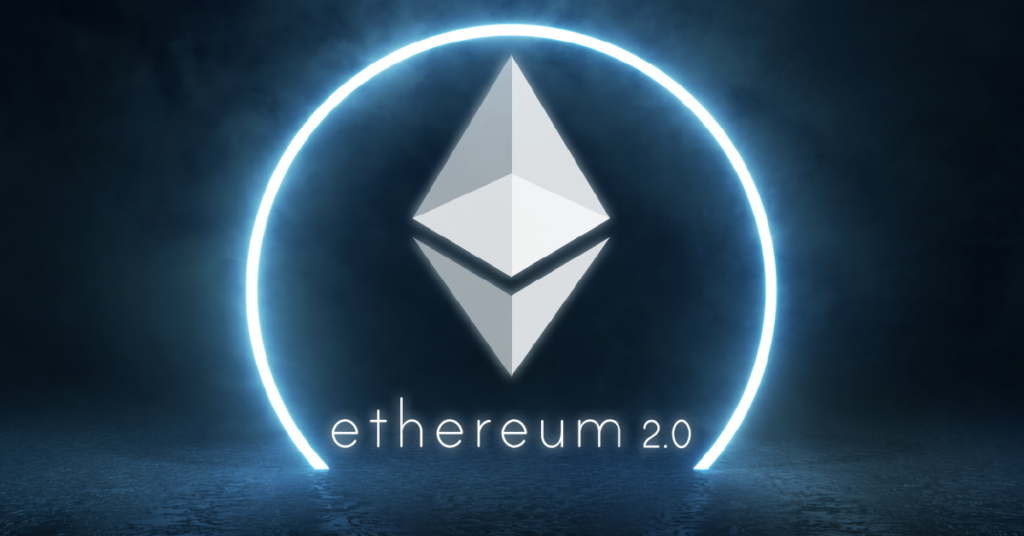 What is the first name that comes to mind when one says “cryptocurrency?” There is a very high chance that many would think Bitcoin, but, taking into consideration the growing success of other cryptocurrencies, called altcoins, that may soon change.

Ethereum had its full-fledged launch in 2016, and now, it ranks as the second most popular cryptocurrency in the world. As of now, it has a market cap of over 251 billion dollars. But even with so much popularity, Ethereum developers don’t plan on stopping. They have planned a global update in order to create a new and improved Ethereum, called Ethereum 2.0, which would bring blockchain technology to another level.

Ethereum 2.0 represents an upgraded version of the already existing Ethereum cryptocurrency. Ethereum 2.0 is created based on the idea of improving the speed and efficiency of Ethereum and making it more scalable. The update should also be able to increase the number of transactions and deal with bottlenecks.

Also known as Serenity, when compared to the older version, Ethereum 2.0 comes with important changes in its blueprint and structure.

While the original Ethereum was created to work on a consensus method, known as the proof-of-work method, Ethereum 2.0 is created with sharding and Proof of stake mechanisms in mind.

Sharding is the process of dividing a blockchain into various blockchains. Multiple blockchains in Ethereum 2.0 can be referred to as shards.

The sharding process lets the entire network work as a solidarity validator which takes charge of the entire workload as a single entity or process. There are several validators available, and all of them have to keep the shard that retains their information.

Unlike blocks in a blockchain, validators are mixed up in order to stop the alteration or manipulation of data. In order to allow different shards to communicate and coordinate, a chain, known as the Beacon Chain, is used.

Ethereum relies on Proof of work consensus, but Ethereum 2.0 comes with a Proof of stake consensus mechanism.

In the Proof of work one, some miners mine crypto, while Proof of stake doesn’t have miners but validators. Validators are the ones in charge of creating new blocks with sufficient storage space, bandwidth, and computing power in order to verify and validate the transactions.

Similar to miners, validators receive payouts for their efforts and hard work in creating blocks. Validators need to make a deal or complete the contract in which the validators will deposit 32 Ether that will get locked.

It is a form of deposit submitted by validators that will be forfeited in case any fraud or malpractice is discovered. This is a huge difference from the previous version of Ethereum, as it has a better chance of protection against malpractice.

What’s the Difference Between Ethereum and Ethereum 2.0?

Ethereum is an older version, while Ethereum 2.0 represents an upgraded system that has new methods of operating.

Ethereum 2.0 is focused on improving speed and efficiency.

The Proof of work means that miners have to put in a lot of effort and energy in order to solve complex math problems. Miners rely on computing power in order to solve math puzzles and verify each and every Ether transaction. Miners are in direct competition, and the one who manages to solve the problem first is the one who received the Ether reward. This method is rather complex, which means that the rewards are also lower.

Instead, Ethereum 2.0 relies on Proof of stake where validators replace miners for verifying transactions and make sure that they are all authentic. They have a certain amount of time to validate the transactions. Validators in Ethereum 2.0 can ask to see the block after most validators have approved the claim, which is then added into a chain of blocks. After this, they are rewarded in ETH2.

Is Ethereum 2.0 More Secure Than Ethereum?

Sharding helps Ethereum 2.0 speed up the process for each transaction, as they are handled in parallel chains. The new version was created in order to offer more security to transactions.

Since the upgrade requires a lot of work, its implementation is carried out in a series of phases which are supposed to take around 2 years.

The starting zero phase, called Beacon Chain, was released in December 2020. Most Ethereum users didn’t really notice a real change in how the blockchain works, but the update came with several important points, such as: independent selection of the next manufacturer, organization of validators for voting on the proposed blocks, distribution of rewards among validators. On top of all of this, it is also serving as an anchor for synchronizing information from shards.

The next phase of the rollout, or phase 1, involves the creation of shard chains, which is expected to take place this year, although an exact date hasn’t been revealed. In this phase, shards will be introduced but only as a test. Developers will be in charge of testing the interaction of the main chain with shards and reach an agreement.

The second phase is of high importance for the implementation of Ethereum 2.0. In this case, all functions of the network will be brought together to organize the most efficient operation of the blockchain. Also implemented during this phase will be smart contracts and the concept of “execution environments.” This concept will let any individual shard to create an environment in which several technologies can be applied. Still, this technology is rather far away from us as it is in the early stages.

Phase three is the last one, and it is the most simple out of all of them – at least, in theory – since it only includes final touches and making sure that everything is alright.

As these changes are implemented, the old chain will continue to function unchanged. Only following the completion of the second phase, the transfer from the old chain to the new one will begin and ETH 1.0 and ETH 2.0 will finally be merged.

ETH 2.0 promises to make Ethereum much better than it is now. The idea for the original blockchain was great, but not completely thought through, as it is currently collapsing under its very own success with huge gas fees and a long period of waiting for a transaction to happen. Ethereum 2.0 will leave all of that behind and finally deliver the project that we all want and need.