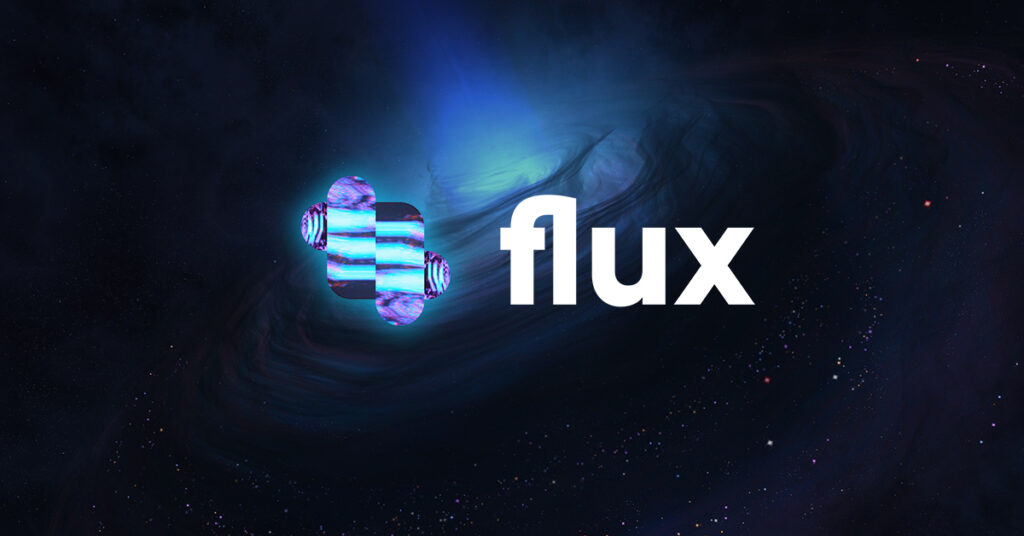 Before talking about Flux Protocol, let’s take a minute to remember that with the DeFi revolution picking up speed and a growing interest in seizing its advantages in a variety of fields, open markets have naturally become part of the discussion. Despite being highly valuable, open-prediction markets are still only starting to blossom.

These market platforms allow anyone to create a market on a future event, question, asset, or commodity. Once created, such markets can then be invested in or bet on by anyone else, regardless of their location. DeFi has thus made Open Market Protocols capable of providing such services for the first time.

Open Markets have the capacity to decentralize access to investments and predictions on futures and do so in a secure, scalable, and easily accessible fashion. Since they’re still in their infancy, the tools to get to the above-mentioned results are all the more necessary. Here is where Flux Protocol comes in.

What is Flux Protocol?

Flux Protocol is an open-data infrastructure providing on-chain data for a commodity, asset, or event. Built on the NEAR blockchain, Flux is a scalable open-data protocol for creating permissionless and scalable markets without the intervention of third parties. Flux is thus creating the infrastructure needed to power open financial markets while solving the oracle problem.

Since it is built by the community for the community, all of the protocol’s aspects are open-source. This means that all community members can thus develop and design customized solutions for powering countless verticals, such as insurance and prediction markets or synthetic assets and derivatives.

By using Flux, users and developers can significantly reduce the time and effort needed to build applications that require off-chain data on-chain. Flux can thus help you:

The story of Flux began somewhere in 2018 when Peter Mitchell, CEO and co-founder of Flux Protocol, and Jasper De Gooijer, co-founder of Flux, met at ETH Berlin. They then started to work on the first application for derivatives on startups.

The app was built on Ethereum, Maker, 0x Protocol, and Augur, and it didn’t take long before the two noticed core problems in the way Ethereum and Augur performed. These issues would have affected mainstream adoption.

It didn’t take long for them to look for a solution either, and that’s how the Flux Protocol came to be built on the NEAR blockchain. This makes it possible for Flux to ensure mainstream capable scalability, have various use cases, and provide high speed.

Flux aims to become “this open-source infrastructure that all markets in the future are running on, and interacting with.”

NEAR and Flux Oracle – Data Reimagined

The Flux Oracle is a key component of the Flux protocol as it provides a fully permissionless and decentralized infrastructure for requesting and processing off-chain data for on-chain resolution.

The Oracle was designed in such a way to ensure flexibility, be robust enough to scale with economic guarantees, provide curation of Request Interfaces, and achieve all that without security trade-offs.

The oracle handles, settles, and finalizes real-world data for open markets. Moreover, it can be used by other protocols to aggregate data for their specific needs. It is set to move cross-chain to ensure support oracle services to layer-1 and layer-2 protocols for a variety of use cases.

The NEAR blockchain has been chosen in order for Flux to be able to build a fast, scalable, and also inexpensive oracle.

The blockchain ticked all the boxes as it features the Nightshade dynamic sharding design, the Doomslug proof-of-stake consensus mechanism, and the Randomness Beacon, an on-chain random number generator. All that makes it possible for protocols and dapps that are built on it to achieve the three characteristics just mentioned. What this means includes the following:

Validators play a key role in the Flux ecosystem as they are the ones that validate and settle the data requests that are sent through the network. Validators stake the network’s native token, FLUX, as a form of collateral, and they receive fees for providing accurate data to Flux. The $FLUX token is an ERC20-type token, and it has utility roles.

Since this mechanism is proportionately correlated with the Total Value Secured by the protocol, it incentivizes validators to resolve data requests honestly and discourages bad actors from resolving outcomes incorrectly. The data request fee thus increases or decreases according to the amount of value locked in the protocol.

Therefore, whenever the resolution data is accurate, the staked tokens stay put. However, inaccurate reporting may lead to arbitration, and thus validators found in the wrong could see the tokens they’ve staked being slashed.

Still, since economic incentives might not be enough to discourage bad behavior, the protocol also features a challenge period, as well as a settlement process. Users can customize the timespan for challenging the result provided by the Oracle.

What this means is that when an incorrect data response is detected, it can be challenged. In order to do so, the validator stakes their token on the outcome they consider to be correct according to API data from their own response.

Use Cases for Flux Protocol

When it comes to use cases, Flux Protocol can be employed to power a variety of verticals. Some of them include: 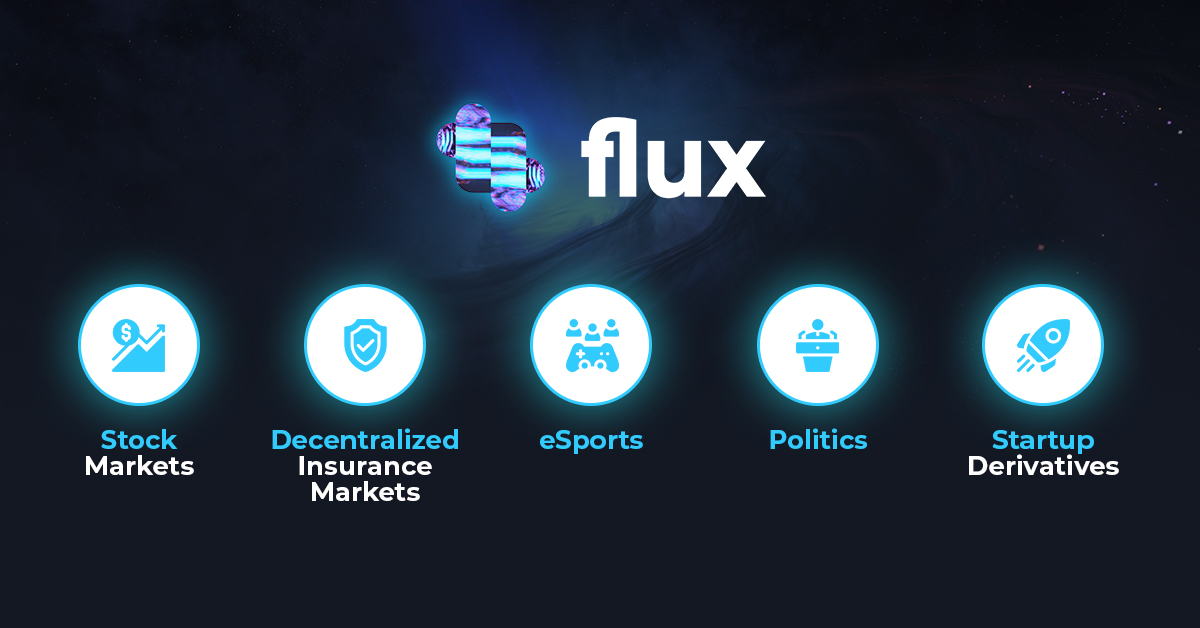 Before Flux, Peter Mitchell, the CEO and co-founder of Flux Protocol, built the first store for dapps, EveryDapp.com. Jasper De Gooijer, the co-founder of Flux, has a background in web3 and worked as a scalability researcher in this field before this project.

Flux Protocol is supported and developed by the Open Oracle Association, a non-profit association whose purpose is to support the development of the Flux ecosystem via grants that are distributed both in monetary means through USDC and the FLUX Token.

The project is also backed by top investors from crypto as well as from traditional finance. Flux Protocol has recently raised $10.3 million in a seed funding round led by Distributed Global.

Some of the industry’s luminaries that participated in this round include Coinbase Ventures, Maven 11, CoinFund, Reciprocal Ventures, Uncorrelated, Figment Capital, as well as industry leaders, such as llia Polosukhin, co-founder of NEAR Protocol and Hart Lambur, co-founder of UMA.

Flux Protocol already has an active community on Twitter and Telegram, thus benefiting from strong support. 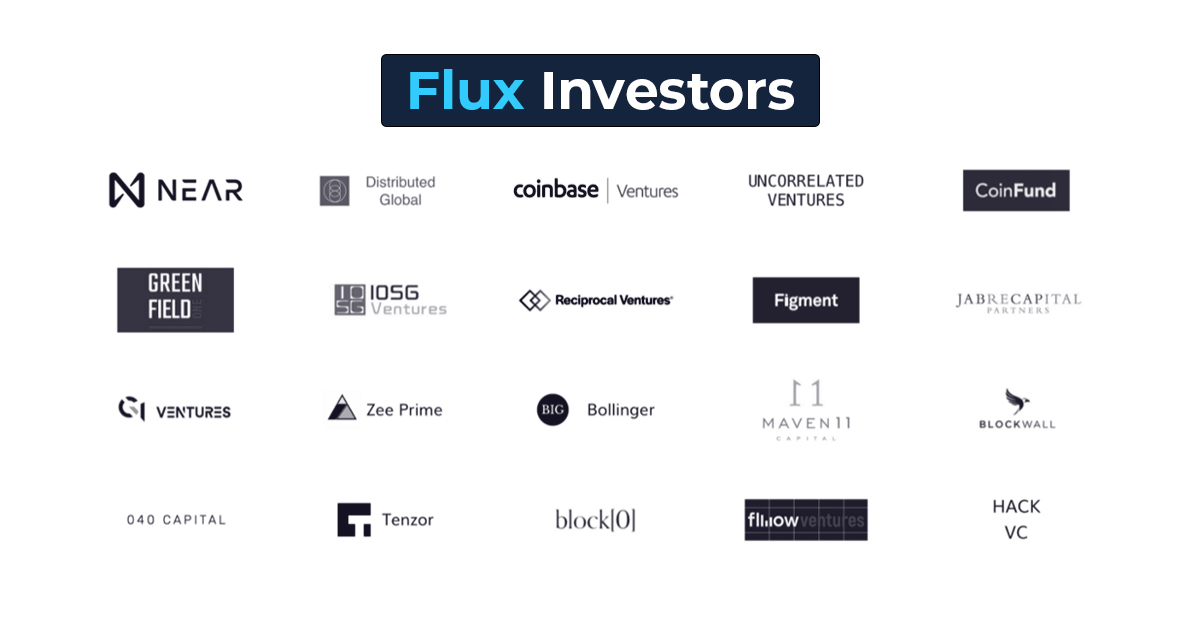 Blockchain technology enables a broad range of industries to unlock new ways of bettering accessibility and efficiency, thus redefining economic models. Even so, one might still see this technology as being in its early stages of development, and the integrity of critical data still poses challenges. Concomitantly, data providers lack relevant economic guarantees.

Flux Protocol and its novel mechanisms provide a wide variety of validated data to high-value DeFi protocols. The Oracle’s innovative design uses economic incentives, as well as an innovative challenge and settlement process, to ensure network security and data integrity.

The project’s potential to power a variety of verticals, enable users to use on-chain data for any commodity, asset, or event, and developers to build open markets in a cost- and time-effective manner is worthy of attention and support since it has the power to unlock countless possibilities for DeFi.