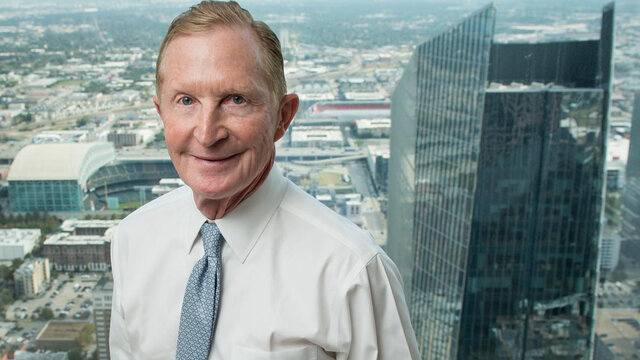 George Ball, ex-CEO of Prudential-Bache Securities, has recently said that cryptocurrencies are an attractive part of almost any investment portfolio.

The statements were made during an interview with Yahoo Finance and grabbed the headlines, especially because Ball had an opposite stance toward digital assets some time ago.

“I’ve never said this before, and I’ve always been a blockchain, cryptocurrency and Bitcoin opponent. But if you look now, the government cannot stimulate markets forever, the liquidity flood will end.” – George Ball, CEO of Sanders Morris Harris

The former CEO of Prudential Securities changed his tune on cryptocurrencies, particularly on Bitcoin, in August 2020 when he said that that was the time for investors to seek exposure to Bitcoin, which was then valued at $12,000.

Ball, currently CEO of Sanders Morris Harris, said that he saw some risks associated with the recent Fed stimulus and that cash and BTC could aid in hedging against those risks. Congressional lawmakers voted to approve the $1.9 trillion Covid-19 relief package that would include up to $1,400 direct payments to Americans impacted by Covid-19.

He stated that “the investing public right now is worried—and the professional investors are worried—that the Fed is behind the curve.” The CEO added that “the amount of stimulus envisioned is perhaps greater than that which would be helpful over the next year or two to the economy.”

Regarding the hedges that could be used against an at-risk market, Ball said that the best one was cash, but that cryptocurrencies should also be considered:

“Cash lets you sleep securely at night and take greater risks with the investments you do make. With the cryptocurrencies, I think there is a fundamental hydra-headed shift that makes them attractive as a part—small part—of almost any portfolio.”

In case of higher inflation and currency debasement, cryptocurrencies such as Bitcoin have “a great deal of allure” and are an “attractive” option for investors interested in hedging against such risks.