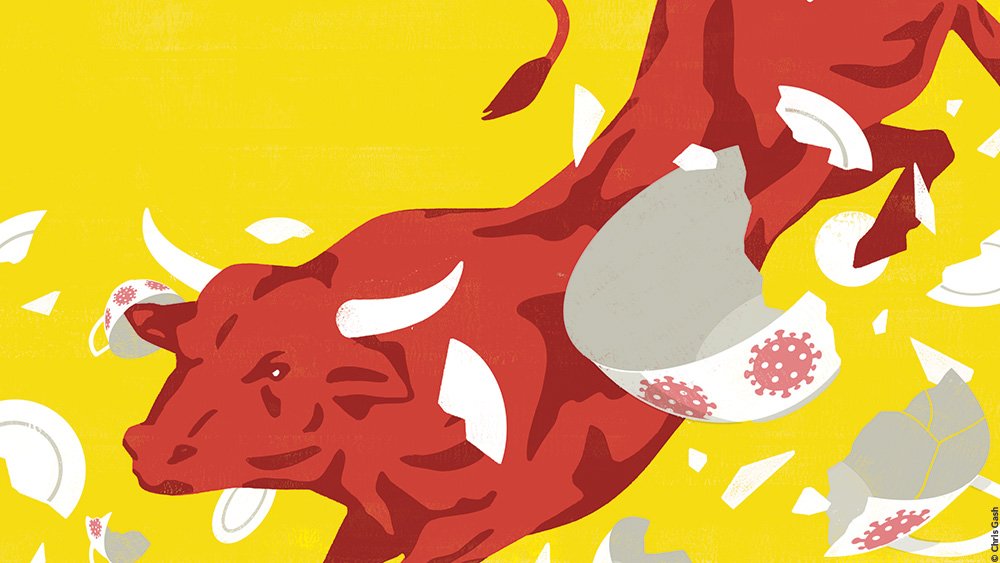 Members of the WallStreetBets Reddit group are learning how karma works – after they affected the stock market and brought a series of hedge funds close to bankruptcy, it’s time for the reverse of the medal.

Many of the stocks that were pumped by the WSB group, such as GameStop, Nokia, and AMC, are now closing the day in the red.

Unless the rally makes a comeback, it is safe to say that all those traders will lose everything they gained over the previous days.

GameStop, who’s in the center of all this action, has lost 50% of its value in one day and has fallen close to 83% over three days. GameStop went from $483 to $74 today. It managed to rise again to $118, but it remains in dangerous waters.

Another stock that was heavily pumped, AMC, is also dealing with some backlash as it fell 63% from the ATH it reached just five days ago. Since yesterday, it has registered a dip of 20%.

Nokia and Blackberry don’t have much better either, and the silver squeeze didn’t work, as the metal has fallen 10% since yesterday.

According to Mark Cuban, this has everything to do with the “Robinhood effect.”

“Supply and demand, but in this case, it literally could be because the source of demand has been crippled. When [Robinhood] shut it down, then cut it back, let’s put aside why, they cut off the greatest source of demand. They created a Robinhood Dive. No [Robinhood] buyers, means sellers lower their price to find buyers. And they keep on lowering it till they find buyers. Keep the most natural buyers out of the market and the price keeps on falling,” Cuban commented.

While One Eye Weeps …

On the other hand, crypto traders are having quite a day after many of the major coins have seen their prices go up again.

Bitcoin has risen over 6% since yesterday, breaking the $35,000 barrier for the first time since January 21st. Ethereum broke its own record now as it reached the ATM of $1,520. That represents an increase of 12% in just one day.