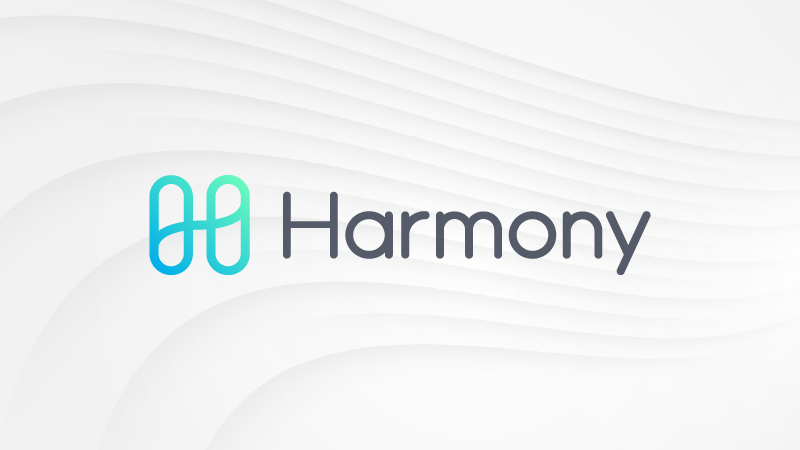 In this article, we will take a look at Harmony, a project that aims to provide a high-throughput, low-latency, and low-fee consensus platform and innovate the way dApps work. To achieve this, the project brings a few technical innovations, channeling their attention toward random state sharding, which ensures the creation of blocks in seconds.

Harmony took its first steps as a start-up in 2018, drawing the attention of several investors, including Consensus Capital. It was founded by Stephen Tse, the CEO and leader of the project, with the mainnet launching in June 2019. The founding team also includes Rongjian Lan, Sahil Dewan, and Nick White.

It is enough to take a look at the background of Harmony’s team members to see the potential of this project. While Stephen Tse graduated with a doctoral degree in security protocols and compiler verification from the University of Pennsylvania, Sahil Dewan is a graduate of Harvard Business School. Then, Nick White has a master’s degree in electrical engineering from Stanford University, and Rongjian Lan is a former search infrastructure engineer for Play Store at Google.

Joining their knowledge, skills, and efforts, the Harmony team designed an advanced blockchain platform, using a full-stack approach and focusing on optimization. Harmony, like other blockchain projects, aims to solve the common problems of blockchain technology. Several blockchains attempted to address the scalability issue, but their solutions can’t deliver significant performance gains without sacrificing security and decentralization.

Here is where Harmony’s innovations come in. Since the project’s long-term vision is to provide a trustless, decentralized, and open blockchain platform for billions of people, including cross-chain bridges, the team had to do better than other existing blockchains and thus came up with improvements and additional characteristics. In short, Harmony stands out through the following technical features:

So Harmony is an open platform for assets, collectibles, identity, and governance, with their secure bridges offering asset transfers with several blockchains, including Ethereum and Binance.

The Harmony MainNet has an average of 2,000 transactions per second (TPS) but can reach a maximum of 24,000 TPS. However, since performance is not only about TPS but also about how fast a transaction can be confirmed, the above-mentioned features enable the Harmony mainnet to run Ethereum applications with 2-second transaction finality and 1000 times lower fees.

The problems Harmony is trying to address are common in the blockchain space, and several other projects are committed to improving scalability without affecting a network’s security and decentralization.

There are a few powerful competitors for Harmony, such as Fantom and Polkadot. Zilliqa, an advanced blockchain known for its tech solutions, is also among its competitors. Since this is the first public blockchain that addressed the scalability problem with sharding, we’ll take a look at how the two compare and what sets them apart.

The problem is that each node in the shard has to store the entire blockchain state information, which means that machines with limited resources are prevented from being part of the network. Decentralization is thus affected, and the trilemma remains unsolved.

Here is where Harmony’s innovation comes, as it adds what Zilliqa lacks, namely, the state sharding. So, nodes don’t need to store the entire blockchain state, as Harmony also shards the blockchain state. This results not only in higher network throughput but also in a greater degree of decentralization since even personal computers can join the network as nodes.

As far as the transaction finality is concerned, Fantom is the closest to Harmony’s performance as it has a 1-2 second finality time.

Then, Harmony also ensures security against 1% shard attack, which is absent in Zilliqa. Moreover, thanks to its cross-shard communication routing optimization, it is more efficient than other projects employing sharding technology. And let’s not forget its Effective Proof of Stake, which is more energy-efficient than PoW.

This year has witnessed important steps for Harmony, with the project significantly growing its list of partnerships. In June, the team announced the launch of a full suite of Sushi products on Harmony. Bancor, Reef Finance, and Unbound Finance have also entered a partnership with Harmony and will use its technology.

The project also launched a $1 million hackathon to enable web3 and web2 developers to get together and build exciting apps, protocols, and tools. This hackathon aimed to bring the bridging of TradFi and DeFi one step closer to fruition and further improve the network.

In November, Harmony announced a new partnership, this time with PowerPool, in order make the Harmony DeFi ecosystem easily accessible to everyone through diversified DeFi pools/indexes managed by PowerPool DAO.

According to the project’s roadmap, Harmony plans on delivering tooling and protocol integrations on its mainnet that are meant to unlock the growth of DeFi, DAOs, and NFTs on Harmony. You can see how they’re doing by visiting their Launch Dates & Weekly Updates page. Plus, their developers are available on Telegram and Discord, ready to answer queries and listen to the community’s feedback.

Speaking of community, the project has a solid and dedicated one, with almost 270k followers on Twitter.

Harmony has great ambitions as it tries to solve the well-known trilemma, and it has delivered as promised so far. Its competitors are its greatest threat, though, so Harmony will need to work hard to stay ahead of them and future potential competitors.

However, the team behind the project consists of skilled and experienced professionals, the Harmony community is strong and involved, and if all goes as planned, Harmony may become a key player in this field.

What do you think about Harmony? Could it be a serious competitor for Zilliqa, Fantom, and other similar blockchains? Let us know your thoughts on this in the comments section.