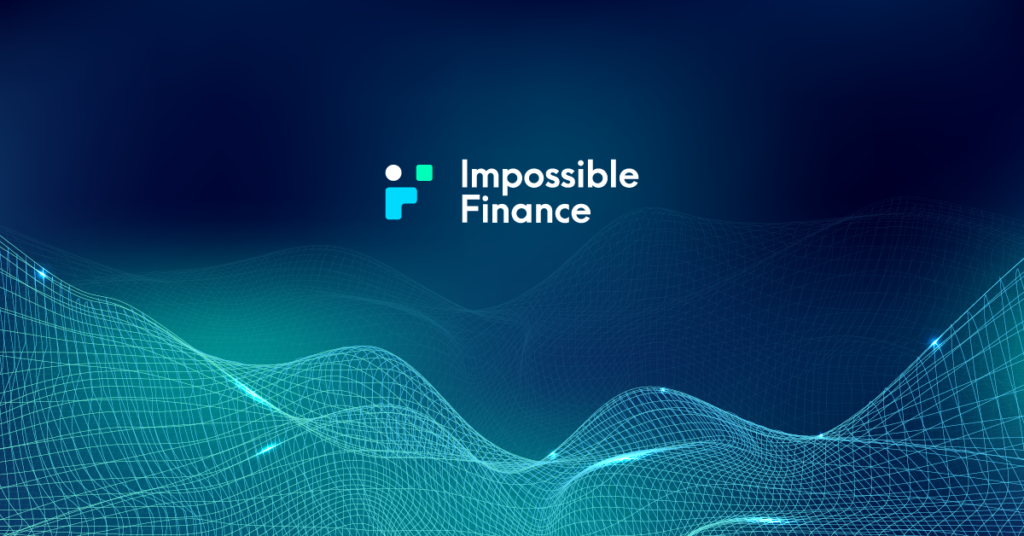 In this article, we are going to take a look at Impossible Finance, a project that wants to create a multi-chain ecosystem for promoting the growth of DeFi liquidity.

What Is Impossible Finance?

Impossible Finance aims to create a multi-chain ecosystem that will promote the growth of DeFi liquidity and composability.

The project began on Binance Smart Chain as StableX.Finance. Now it wants to help other EVM chains, like Ethereum and Polygon, with more ideas planned for other platforms.

Impossible Finance wants to create an AMM liquidity protocol that will serve as the backbone of the ecosystem that includes a completely decentralized incubator and Launchpad for new projects in DeFi.

Using this incubator, the project wants to offer support and assistance to potential crypto builders. Among those involved in its creation are several DeFi veterans and hackathon participants, such as Calvin Chu, known for his work with Binance Research.

Calvin’s involvement in leading Binance Staking across 30 blockchains and offering support through the Binance Launchpad has proven to be a great asset in letting Impossible help the launch of various projects.

Very important is the fact that incubated projects will have the possibility of using Impossible Finance’s liquidity and cross-chain support in order to make sure that they will enjoy the prosperous rollout they want.

Since traditional finance has always focused more on big institutions and large-volume traders, these categories have always had access to products and tools that smaller individuals and entities didn’t. That is not what DeFi or crypto is about, which is why Impossible Finance works on offering everybody the same level of access to various financial products.

Impossible Finance wants to level the playing field by creating an open financial system from which everybody can benefit.

This means that the project is actively working on offering better interest yields and access to a higher number of financial products for retail, crowdfund tools in order to assist businesses in a safer and fairer environment, plus positive-sum opportunities for traders, investors, protocols, and projects.

Taking into consideration the high level of inflation some countries are currently experiencing, and the geopolitical uncertainty, which the COVID-19 pandemic has made worse, Impossible.Finance is set to offer everybody better financial products.

While the company continues to build the most efficient stablecoin swap on Binance Smart Chain, it is also trying to figure out the best infrastructure that could help make the largest impact.

Basically, the project wants to bridge financial instruments and Defi, since this is probably the best way to move forward in a sustainable and enduring way.

Impossible.Finance works hard on creating user-friendly interfaces so that people will be encouraged to join the DeFi world.

The upcoming products will cover a series of important products that concentrate on front-end and smart contract product innovation.

In the short term, the project wants to focus on migration and integration of swaps, liquidity provision, yield, and staking features with the goal of combining them into one seamless product.

In the medium term, Impossible.Finance wants to launch its very own non-custodial, native client, with insurance features and a fair-launch platform for projects and protocols which will be financially self-sustaining. This is meant to represent the window to the whole Impossible.Finance ecosystem of stable-assets pools with low-to-zero impermanent loss, which means that the project’s products will go further and beyond than any DeFi product of today.

As for the long term, Impossible.Finance is working on a seamless, multi-chain front-end focused around yield, with different DeFi integrations and AMM aggregators in the hope that users will enjoy the best rates and best yields regardless of the asset, the location, or the chain of where the assets are held. This will also include cross-chain swaps and a series of tools and frameworks that allow future projects and protocols to become a reality.

The evolution of Impossible.Finance as a brand is in line with the project’s mainnet upgrade, an expanded product roadmap, and, most importantly, creating a new team that has the relevant vertical expertise.

At the same time, the project wants to employ the token migration strategy from StableXSwap (STAX) to Impossible.Finance (IF), which is the native token of Impossible. IF is planned to be the central “root” value-accrual token with a capped supply that will remain faithful to the values of STAX which include no ICO and no pre-mining.

In the summer of 2021, the project launched several important updates into its AMM swap/liquidity smart contract which includes an original method of combining the properties of Uniswap version 3 (pairs with low correlation) and Curve.fi (pairs with high correlation) in order to enjoy the best of both worlds.

This has upgraded liquidity, swap, and staking pages from version 1 to version 2. No changes were made visually, which is great because it didn’t throw off people who just began using it.

With this new update, rewards for STAX pools have stopped and the ones for IF pools began, with staking pages accepting only IF LP tokens, as part of the plan to incentivize migration to IF. Users aren’t allowed anymore to add V1 liquidity nor stake version 1 LP tokens as there isn’t any interface for this – both STAX and non-STAX version 1 LP tokens were impacted by this.

You are still able to add STAX liquidity on our version 2 smart contract, using the liquidity page, but, honestly, there is absolutely no reason for you to do that.

In order for the transition between STAX and IF to go as smoothly and fair as possible, the initial token supply will be of zero IF with a maximum token supply of 21 million IF. One IF is equal to one STAX. Furthermore, there is no generation/emission mechanism which means that the only method of generating IF is to migrate it from STAX.

Users who had STAX locked up in STAX1Y Pool didn’t have to do anything as the STAX stash was instantly migrated over to IF with the rewards remaining the same. Following this update, users will receive the same amount of IF as they would have in STAX.

On the other hand, users who have non-Impossible-based STAX LP token, such as the STAX LP tokens generated on Pancake, or non Impossible STAX pools on other platforms, like STAX-CAKE on Pancake, had to unstake and remove liquidity on the respective platform before going through the migration tool of Impossible.Finance.

One of the most important updates is the revolutionary fair-launch platform for projects and protocols to be financially self-sustaining. This bears the name ssIDO which comes from Self-Sustaining Initial DeFi Offering, in which sale conditions, token distribution to users, and funds raised to projects are governed by smart contracts in order to enjoy a never-seen-before level of transparency, and trust.

This is explored even more by projects that stake their treasury on Impossible.Finance’s pools, where they are allowed to become part of the retail liquidity provision ecosystem.

One downside of decentralization is the fact that various smart contract chains had to deal with the fragmentation of their ecosystem. Interoperability has been presented as being the method that will unify all of these different chains while also allowing them to operate independently from one another.

Unfortunately, this hasn’t really happened, as a result of the fact that the landscape is always evolving, and it is hard for so many different communities to reach a final agreement.

But Impossible.Finance believes that interoperability is closer than we think as they see it as being the only method of creating a more accessible future – being all-inclusive.