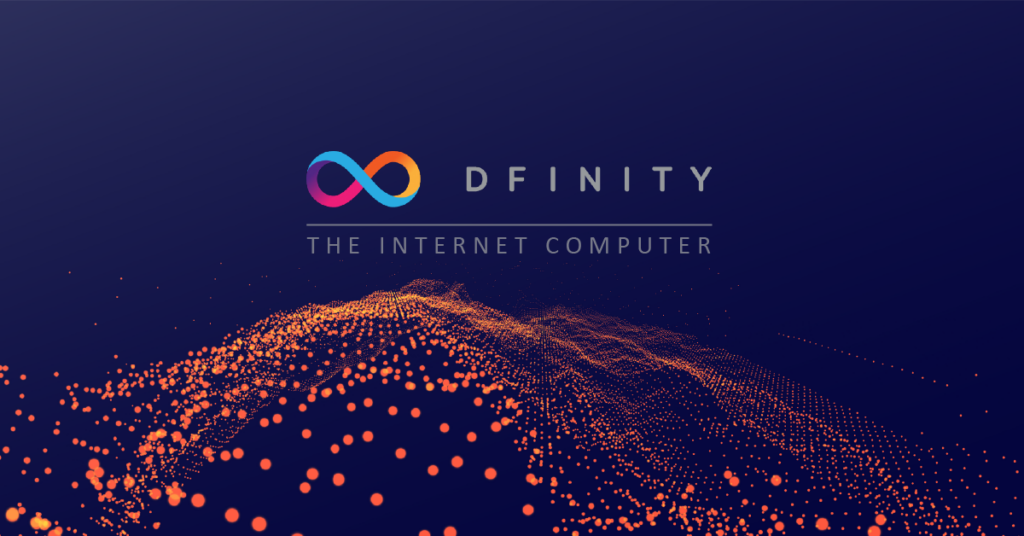 Unlike the large infrastructure projects that we all know, Ethereum, Cardano, Polkadot, etc., Internet Computer is building an ecosystem that functions as a global computational platform, within which developers can build from complex decentralized applications to websites and IT systems.

The project was founded by a software engineer, Dominic Williams, under the Dfinity umbrella, in 2016. The Dfinity Foundation is based in Switzerland and is made up of over 200 people who have been working on the Internet Computer protocol since then. So we have a big team, with very experienced members, but we all know that to create such a complex ecosystem, you need a lot of money.

Said and done, from all the funding rounds and the ICO of the ICP token, the project raised over 100 million dollars from investors, so we know that in terms of team and finance, the project has been doing well so far.

To date, Internet Computer has gone through several stages. In 2019, the team launched an SDK for smart contracts programmed in Metoko, the programming language used within the network. In 2020, the first app built by the team was launched, which is LinkedUp, a clone of LinkedIn. The goal was as simple as possible, to prove that you can build decentralized applications on the Internet Computer that work as well as the centralized ones.

Also in 2020, the door to developers from the outside was opened through a clone of TikTok, bearing the name of CanCan. The economic model that we will talk about in detail in a few minutes appeared at the end of 2020. As the final milestone of the project, the mainnet was launched in May 2021.

Let’s see how the platform works and how attractive it is for developers because, in the end, that’s the most important aspect of any infrastructure project.

The ecosystem is based on several data centers across the globe, each of which is made up of nodes. Several nodes from different data centers are grouped, in turn, to form what is called a subnet.

Each subnet is a proof-of-stake blockchain with its own network of nodes, which uses a consensus mechanism called threshold relay, invented by the founder of Dfinity himself.

This consensus mechanism has four different layers through which, to simplify the process as much as possible, several nodes from each subnet are chosen to create blocks on the network, depending on the amount of staked ICP.

On these blockchains or subnets, one can build decentralized applications, which at the fundamental level are made up of sets of smart contracts. These smart contracts, inside the Internet Computer ecosystem, are called canisters.

The difference would be that these canisters can be automatically created as identical versions on other subnets to support multiple users when, for example, an application suddenly increases in popularity, and they can be also used by other dapp developers.

Interesting to note is that in the case of Internet Computer, it is necessary to create a digital identity to be able to interact with applications within the ecosystem. With the creation of your digital identity, a wallet address is automatically generated for you. Suddenly, it doesn’t sound very good, right?

In the same line, the Internet Computer code is not entirely open source, and in order to participate in the network as a node, you must receive a USB stick from the Dfinity foundation. But we’re going to tackle these red flags towards the end of this video.

To complete the architecture part, we need, of course, a system by which all processes involving nodes, data centers, subnets, and canisters are managed.

That’s where NNS or Network Nervous System comes in, which does just that. The NNS governs these processes, from which data centers or nodes participate in the Internet Computer network, to certain economic aspects and much more.

We also have an economic model that has the ICP token at the center, with 136 million in circulation and an initial supply of 469 million. There is no maximum supply, so theoretically, coins can be created indefinitely.

At the utility level, ICP tokens can be used within the network for governance and can be converted into cycles, which is another token used only to cover certain network costs. Specifically, cycles are units of measurement for the computational resources of the ecosystem.

Regarding the project’s roadmap and plans, the team posted an article on Medium in which they describe the plans for the next 20 years, from increasing adoption in the next 5 years, to a serious alternative to the public internet that we all know now.

Now, here’s what I find the most interesting part when we talk about Internet Computer. We have a private company – Dfinity – which wants to build an ecosystem that, in the future, will replace the internet that we use. Any red flags here? – I would say quite a few.

First of all, Internet Computer is not nearly as decentralized as it is meant to be. The code is not open source, and you need to create your digital identity when you want to interact with the platform.

The nodes need the company’s hardware to participate in the network, and they can’t do it actively anyway unless they’re chosen by the network’s neural network or NNS.

We thus get to an even more interesting part, the NNS, which, in addition to being a single point of failure, exists on a subnet controlled by the Dfinity foundation. In conclusion, the processes related to the ecosystem infrastructure are controlled by the team.

We also get to how, from my point of view, the team is trying to prove that everything is fine and that these red flags are not relevant, namely the governing characteristic of the token.

But if we look at the governance process a bit, we see that the foundation has and will have the greatest voting power since it has the most cryptocurrencies and the members are willing to keep them locked for the longest periods of time, which increases the voting power.

So, we see a private company that wants to “rid” us of the tech giants that control our data and offer us an alternative that, at first glance, seems decentralized, but in fact has almost full control over the entire ecosystem and the people who participate.

If the project were 100% open source, we would at least know that if we get to a point where we realize that the ecosystem takes, let’s say, an anti-democratic turn, we could replicate the whole network with some parameters determined by the community through a real DAO and not through the superficial system they designed.

Until it irreversibly changes all this, from my point of view, this project has far too many red flags, which go against the crypto paradigm. Decentralization, free access for everyone, and transparency are a part of this paradigm. Internet Computer took the wrong approach as far as all three are concerned, in my opinion.

To conclude, never give up on the principles underlying crypto. Without them, we’re back where we started.