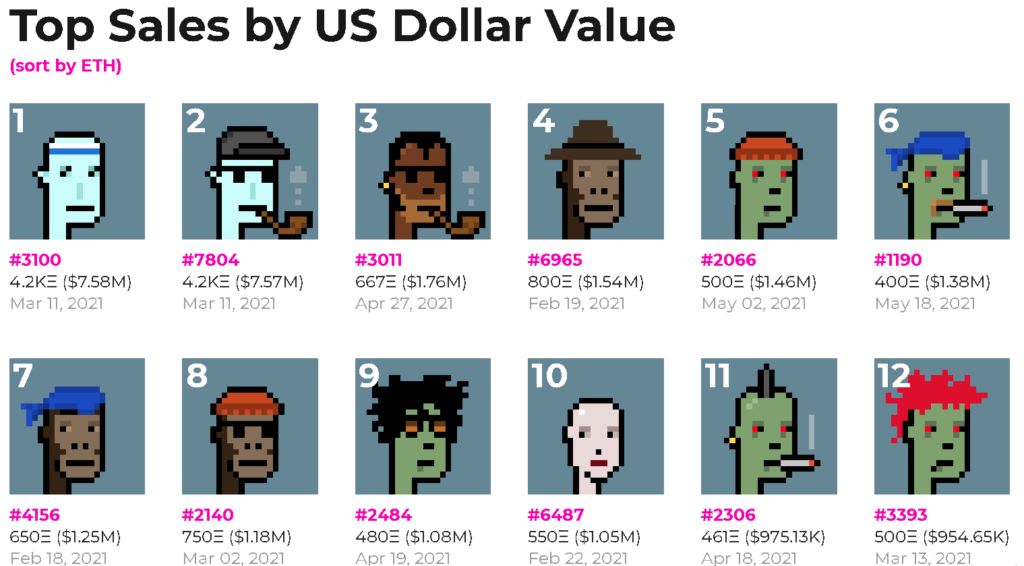 A rare CryptoPunk NFT was just listed for sale for $90.5 million which means that if bought, it would become the most expensive CryptoFunk sold in history!

The NFT offered is CryptoPunk 3100 and represents an alien with a headband. It previously snatched a price of $7.6 million.

CryptoPunks represents one of the first NFT collections. 10,000 of them were created by Larva Labs and they include images like humans, aliens, and zombies.

The collection is known for cashing in some of the highest prices for NFTs. For the month of July, the average price for a Cryptopunk was $10,000, which is much higher than the usual price for a regular NFT.

Meanwhile, yesterday, an anonymous investor bought 88 CryptoPunks in one sale for $5.5 million, landing the person in the top 20 biggest CryptoPunk investors.