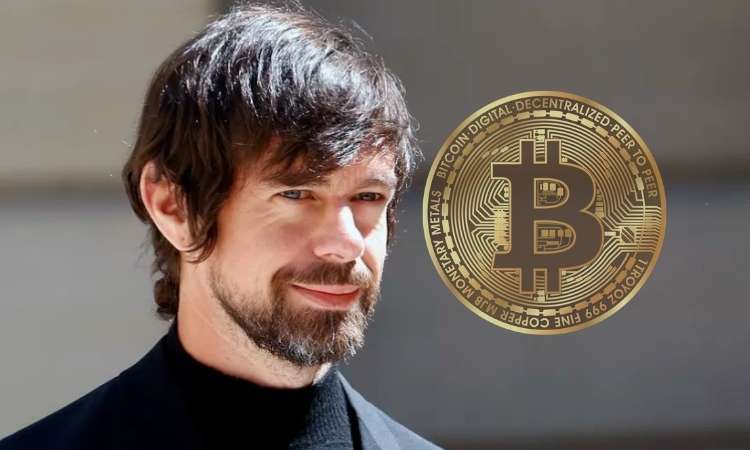 Twitter CEO Jack Dorsey has recently donated 1 BTC to Brink, a donation that will be used to further develop Bitcoin’s technological framework.

Brink is a non-profit Bitcoin Core development group and shared the news via a tweet on Tuesday, February 23rd. Reports say that the group’s intention regarding the donation is to use it toward the BTC protocol and network development. 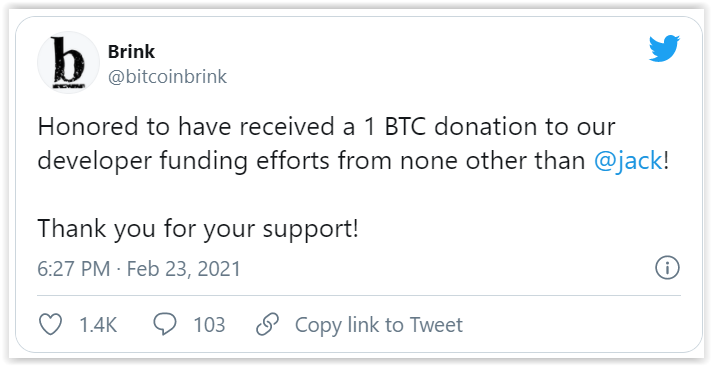 Brink recently received a 501(c)(3) status, which allows for more donations. What’s more, this status means that taxpayers who want to support Brink through donations can claim a deduction on their federal income tax.

When explaining what this status means, Brink also mentioned that donations of BTC and other such long-term appreciated assets don’t incur capital gains tax. As a result, such a donation “can be claimed as an income tax deduction for the full fair-market value.”

According to Brink’s donation webpage, those interested in contributing to the group’s work and projects can donate in BTC, Lightning, or Dollars.

Through the accumulated funds, Brink will also focus on underpinning the BTC developer community through education, funding, and mentoring.

This donation doesn’t come as a surprise even if Twitter is yet to adopt BTC. Last year, Dorsey said that “Bitcoin is like poetry” and that “the Bitcoin whitepaper is one of the most seminal works of computer science in the last 20-30 years.” This year, Ned Segal, Twitter’s CFO, stated that the company was considering BTC payments for its employees or vendors if any of them requested such payments.