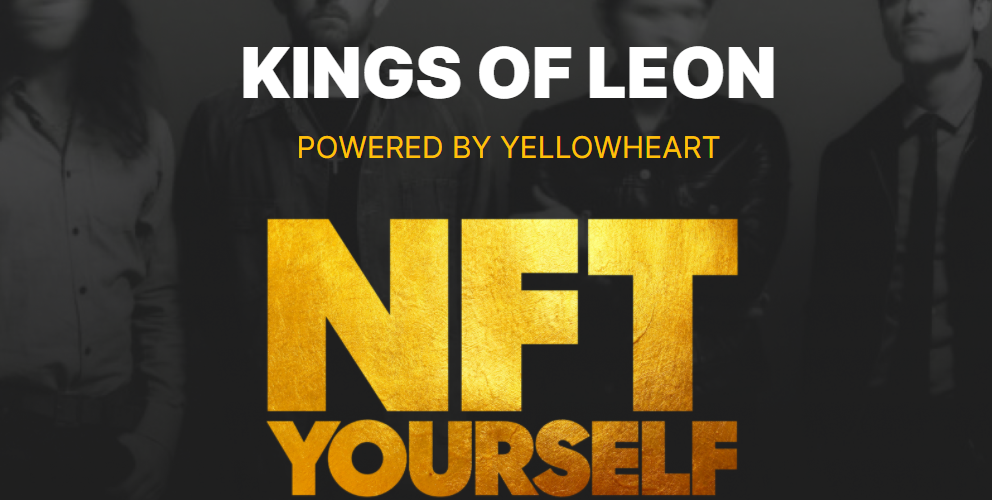 American rock band Kings of Leon will release three types of tokens as part of their series “NFT Yourself.” The first one will represent a special album package, the second will offer live gig perks like front-row seats for life, and the third one represents an exclusive audio-visual art.

The three tokens will have art created by Kings of Leon’s long-time creative collaborator Night After Night. Smart contracts and intelligence were created by YellowHeart, a business that plans to use blockchain technology in order to increase the value of music while also improving direct-to-fan relationships.

“Over the last 20 years — two lost decades — we’ve seen the devaluation of music. Music has become great at selling everything except music,” commented YellowHeart founder and CEO, Josh Katz. “There’s been a race to the bottom where, for as little money as possible, you have access to all of it. Previously, it cost $20 to go get one song.”

Katz has also confirmed that streaming platforms have taken a toll on the income of musicians and believes that NFTs will make modern music fans want to own their music again.

“When You See Yourself” will be available on typical streaming platforms, such as Spotify, Apple Music, iTunes, or Amazon, but the NFT version available on YellowHeart will be the only one that offers fans special perks.

Said token, valued at $50, includes enhanced media, a digital download of the album, and a limited-edition vinyl.