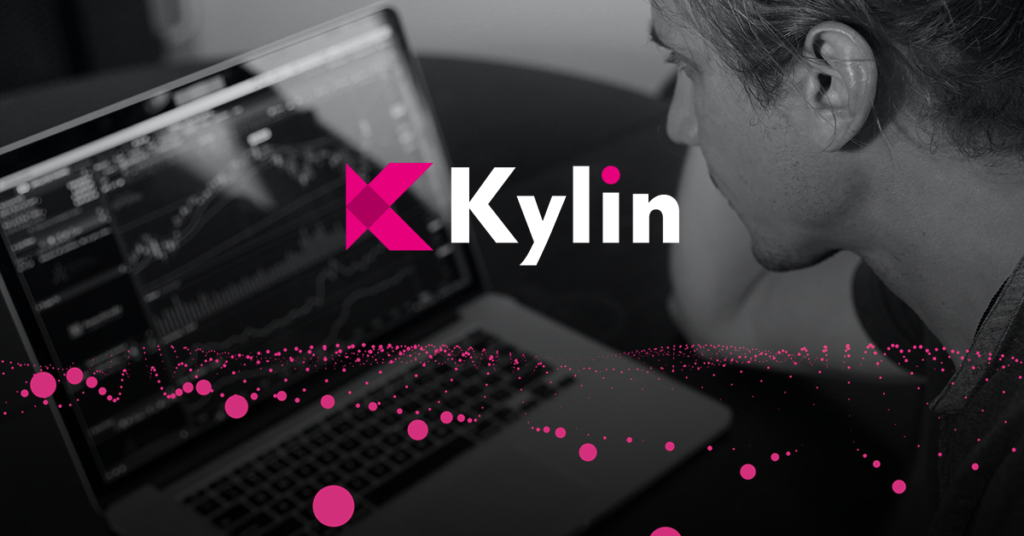 Kylin Network is a Polkadot-based project that aims to be the data infrastructure on Polka. It is a decentralized oracle provider based on Polkadot’s Substrate framework that will allow any blockchain, parachain, parathread, or dapp to access reliable and valid data, such as price feeds and weather predictions, from a growing variety of on/off-chain data sources.

The cross-chain platform will unlock idle data sets integrating their value into a groundbreaking decentralized data marketplace. The resulting synergy between off-chain and on-chain data will thus give consumers and dapp builders a cost-effective solution they can actually trust over centralized sources.

As the team behind Kylin says, the project aims to do for data what DeFi did for crypto and build a data infrastructure that meets the growing demands from DeFi and Web 3.0 products.

This is where these projects come in, which are a bridge between blockchains and the outside world. This means that as large ecosystems such as Ethereum, Polka, Elrond, dapps, or any other types of projects that don’t have access to off-chain data increase, demand for oracles will increase as well, and will do so in a directly proportional manner.

The Advantages of Being Built on Substrate and Integrated with Polkadot

Since Kylin is built on Polka, when it activates its own parachain within the ecosystem, it will benefit from the scalability, interoperability, and number of transactions per second offered by Polka.

This will allow the team behind Kylin to use their knowledge and apply their specializations to build cost-effective solutions that both dapp developers and data consumers will use over centralized sources.

The network’s oracle nodes will be able to connect to other polkadot parachains using Polkadot’s Relay Chain. Moreover, they will communicate across bridges with other blockchains and cooperate with off-chain workers that are Polkadot-native oracles.

Furthermore, as Polkadot grows and attracts more users, developers, and greater interest, the projects within the ecosystem, those that have strong and sustainable use-cases to be precise, will also benefit from Polka’s success.

Kylin Network is diverse, to say the least, when it comes to application scenarios. A few examples of such applications include the following: 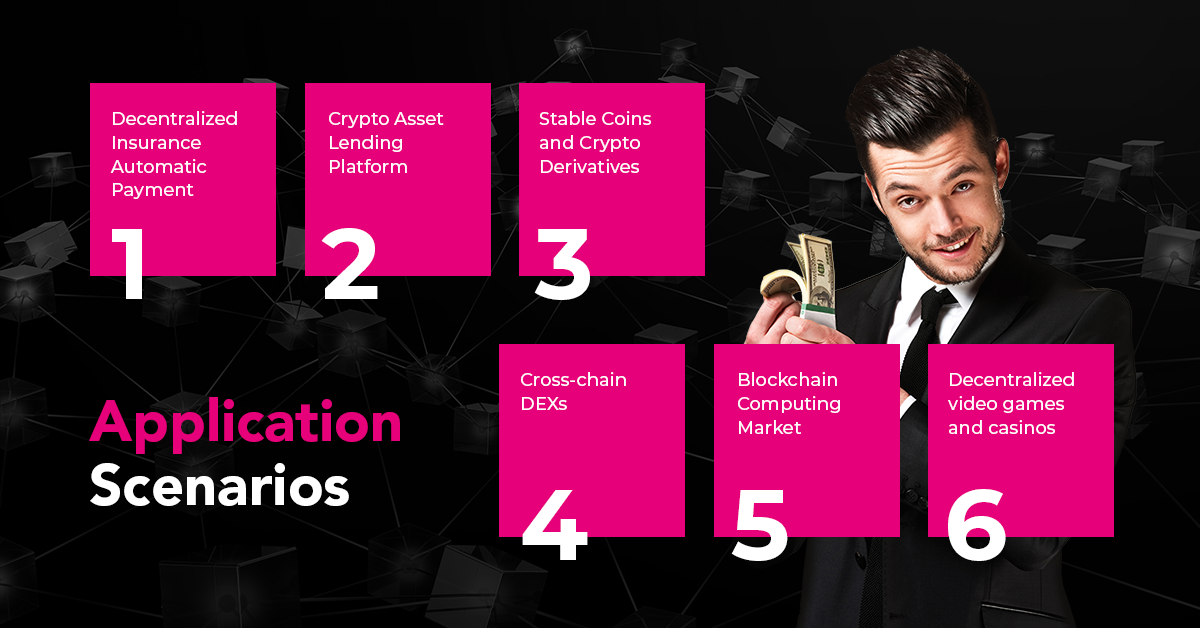 KYL Token Economics and Use Cases

KYL is the Kylin Network Mainnet token, and it is necessary to power and secure the decentralized data network. The utility and use cases of the KYL token include but are not limited to the following: 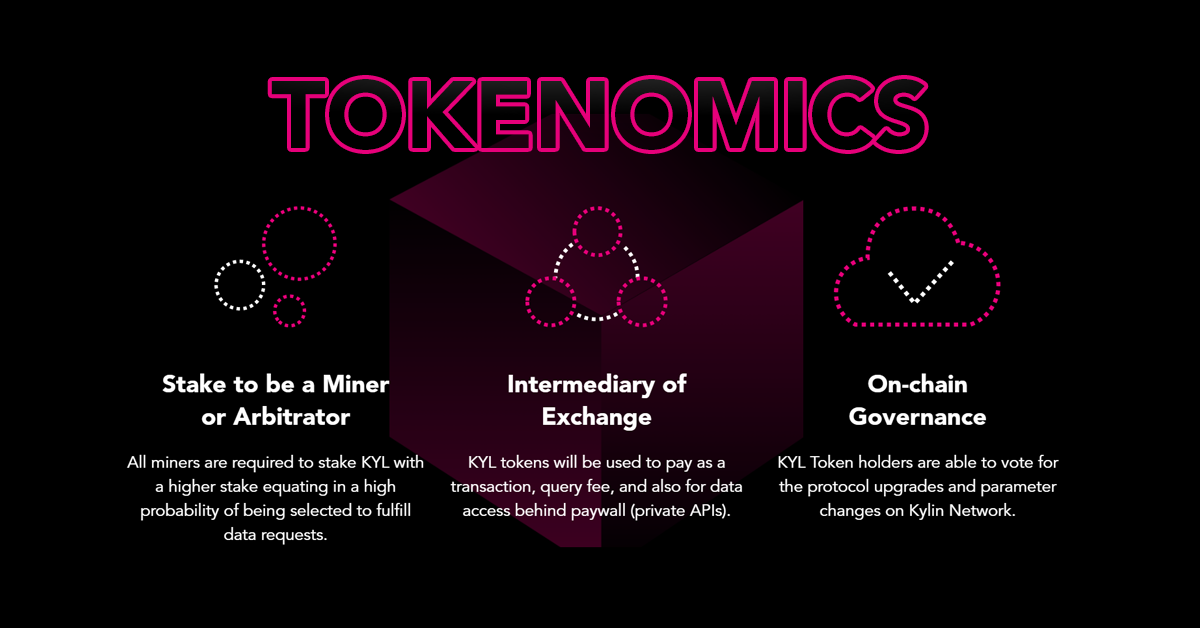 The maximum supply is 1 billion $KYL tokens, with a circulating supply of 74 million. Given that 92.5% of the tokens are about to reach the market, the most important thing is how this happens.

Initially, we have 40% of tokens distributed over 10 years after the mainnet, i.e., 40 million per year. Other allocations shall take place as follows:

Given what the project promises, the confidence it already generates, and the community behind it, inflation will be a natural one.

The team behind Kylin Network is public and with extended experience in various fields, such as:

They come out of top schools, employers, and blockchain projects like TomoChain, Beam, Columbia University, John Hopkins, and JP Morgan, to name a few.

Investors include MoonRock Capital and Au21 Capital, two companies targeting blockchain projects that also have projects such as Ocean, RamDeFi, PolkaDot, Elrond, and others in their portfolio.

Kylin has announced several exciting and noteworthy partnerships, including MantraDao, Bondly, Injectivem, Paid Network, and, Zero Chains. This can only increase Kylin’s chance of succeeding.

Kylin also entered the world of NFTs a little, through a PolkaPet NFT they created. This PolkaPet is part of a collectible card game (similar to Yu-Gi-Oh for connoisseurs). 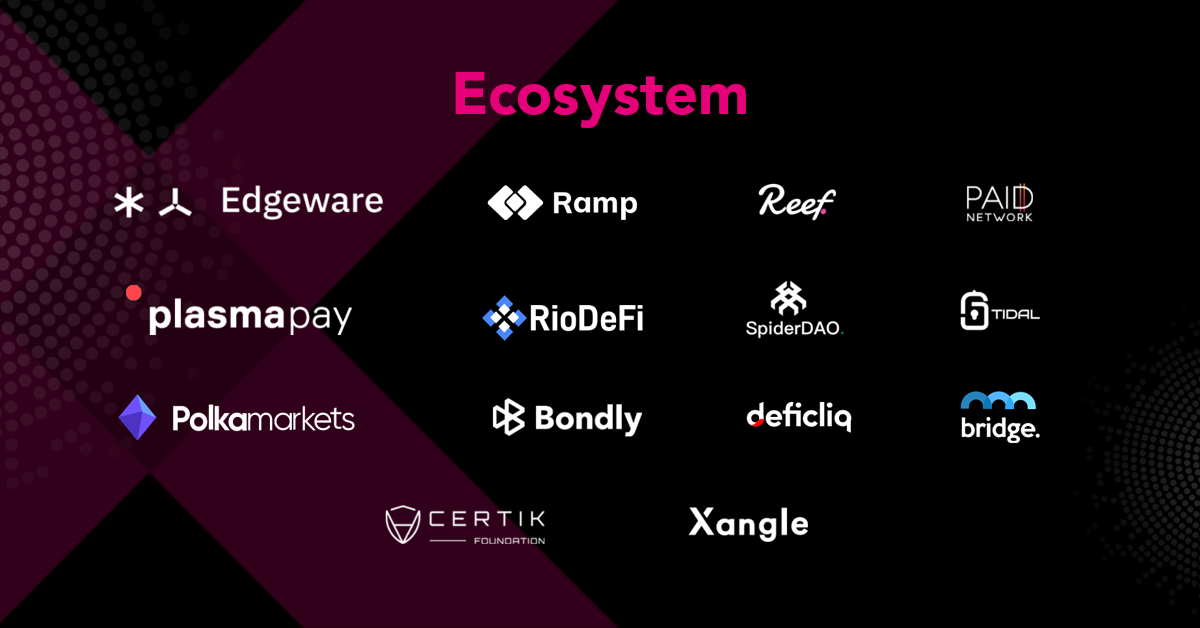 The community is a key factor in the success of any project in the crypto niche. Without it, there is no support to achieve your goals. Kylin, for a project that has a few good months to go until mainnet, has a very active and enthusiastic community on Telegram and Twitter, so it has strong support.

Kylin Oracle comes to ensure an efficient, trustless, and reliable solution for off-chain data, with the protocol running in a scalable and decentralized fashion.

Since it is built on Substrate and will thus connect to Polkadot as a parachain, it will benefit from Polkadot’s underlying consensus. Furthermore, the Kylin Network performance and security will be guaranteed by Polkadot and Substrate.

The competitive advantages of Kylin Oracle and the tiered system of “data affordability” will help create various opportunities for efficiency improvement across a wide array of disciplines and industries.

Last but not least, the utility model of the Kylin Network’s native token ensures adequate economic incentives to preserve the network’s integrity and encourage accurate and reliable data availability. For example, the tokens of misbehaving or underperforming actors are slashed, which contributes to the network’s security and performance.