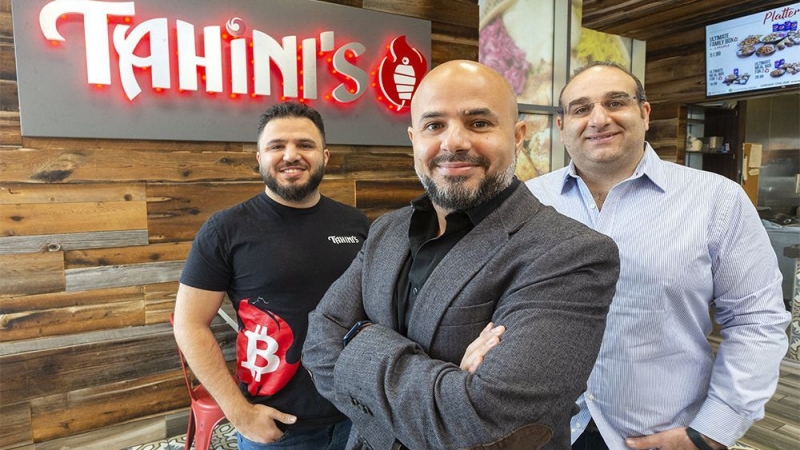 Ali Hamam, the owner of a London Tahini restaurant has spoken about how Bitcoin investment saved his business from going bankrupt due to the impact of the pandemic.

Following a drop in sales, the company decided to change its corporate balance sheet to Bitcoin.

The restaurant has three locations in London but now has expanded to included branches in Ontario, Canada, and plans to open around 20 – 25 more places by the end of this year.

The owner said that the initial investment in Bitcoin of the restaurant grew by 300% over the period in which the crypto sector expanded, saying it worked as a hedge against the increasing inflation.

“We made a move to the corporate balance sheet on a Bitcoin standard back in August of 2020 and since then, we’re up more than 300 percent on our initial investment. It’s really done its job of protecting us against inflation, and it worked as we intended it to.”

The restaurant doesn’t accept crypto payments; instead, it invests the fiat profit it registered into Bitcoin. The restaurant sold its BTC holdings in order to fund the opening of new locations.

“We keep a working capital for about three to six months in cash, and then the rest all goes into Bitcoin. So, whenever we have an expansion, we’re not forced to sell our Bitcoin to fund that expansion. We try to operate conservatively, where we never have to sell our Bitcoin and we just keep accumulating on our treasury.”
bitcoin investmentcrypto investment
Previous articleTom Brady’s NFT Platform Raises Money, Lindsay Lohan Releases Experiential NFTNext articleWhat Is A 51% Attack?