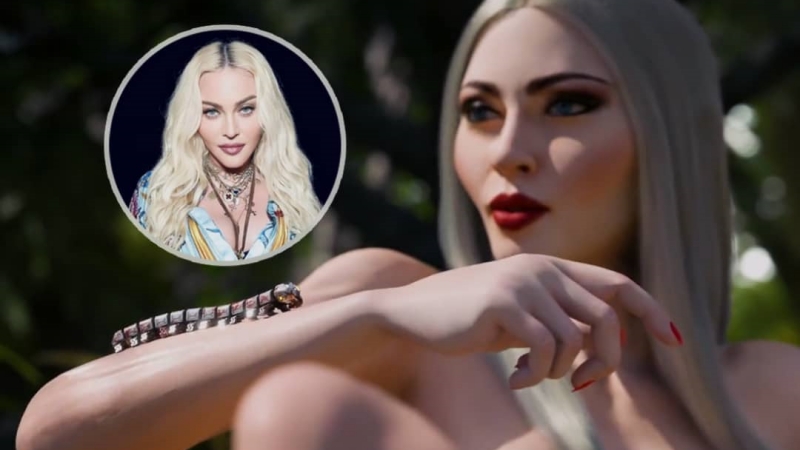 What has Beeple been up to since selling the most valuable NFT ever? He’s been collaborating with Madona on a series of digital representations of her naked body, complete with animations of various items emerging from her vagina… Of course, they’re all NFTs.

The digital artist and the pop icon collaborated on the “Mother of Creation” collection, which features three separate motherhood-inspired aspects of existence.

The “Mother of Creation” collection is a one-of-a-kind offering. It only contains three limited-edition NFTs, all of which feature Madonna giving birth to distinct parts of mankind.

The first NFT, “Mother of Nature,” is dedicated to plant life. Madonna is seen in the video lying on a laboratory bed, giving birth to a tree that blossoms as soon as it emerges from her body.

The second NFT, named “Mother of Evolution,” is about animal life. Madonna is once again shown naked, sitting on a modified car in the middle of a collapsing metropolis, her legs spread open and countless butterflies emerging from her insides.

The third NFT, titled “Mother of Technology,” focuses on technical advancements and depicts Madonna sleeping in the middle of a forest with a sequence of biomechanical centipedes emerging from her vagina and walking up and down her arms.

If you’re interested in any of these works of art, you’ll have to wait until the auction at Superrare on May 11 to bid.
These Madonna’s NFTs are indeed interesting with the idea and execution of the animations being very much in line with both artists’ signature styles. Eroticism is a common theme in Madonna’s work, and the representations have that odd touch typical of Beeple’s work.

Visit the project’s official website to discover more about the explanation of the concept behind each work. For his part, Beeple stated that he had no plans to collaborate “for a very long time,” giving this collection an even more unique feel.