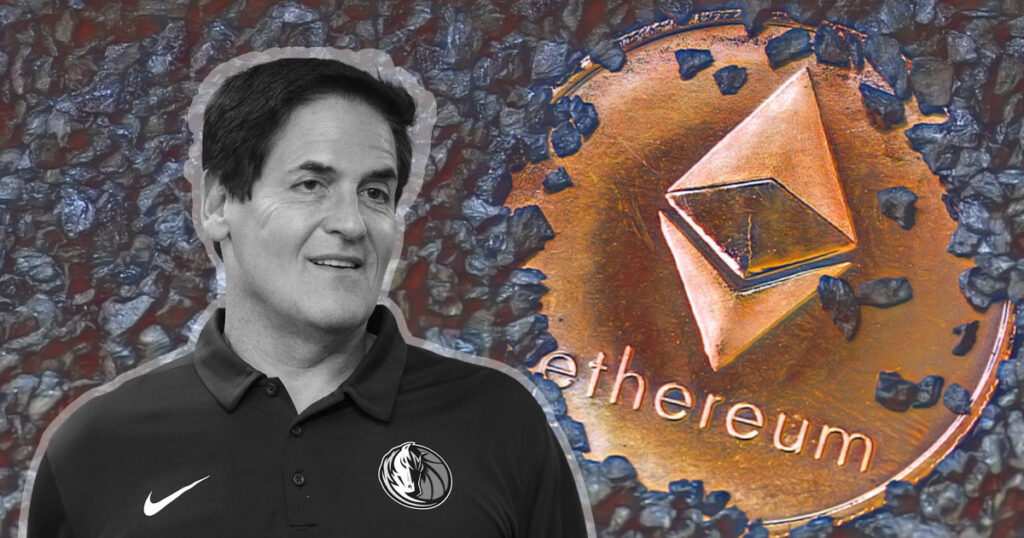 The famous entrepreneur argues that Ethereum’s native crypto is steadily becoming a potential store of value and that it could dethrone Bitcoin and become the better option between the two of them.

Although Cuban is a well-known billionaire and owns the Dallas Maverick basketball team, his stance on crypto remains a mystery, despite speaking about it before. His comments are either cynic or supportive. For example, he described Bitcoin’s price rally as a bubble, but he also let his basketball team accept payments in crypto.

Cuban praised Bitcoin for evolving into a viable store of value but also commented that it wouldn’t work as a currency. He believes Ether has a better chance for being a store of value as a result of more innovation on the decentralized & open-source blockchain.

The billionaire mentioned that the smart contract technology present on the blockchain is helping innovation and compounding network effects which will eventually lead to “friction-free banking.” This would result in Ethereum becoming a better store of value than Bitcoin.

It is known that Bitcoin is actually part of Cuban’s portfolio, as he confessed during an AMA on Reddit – but he continues to support Ether.