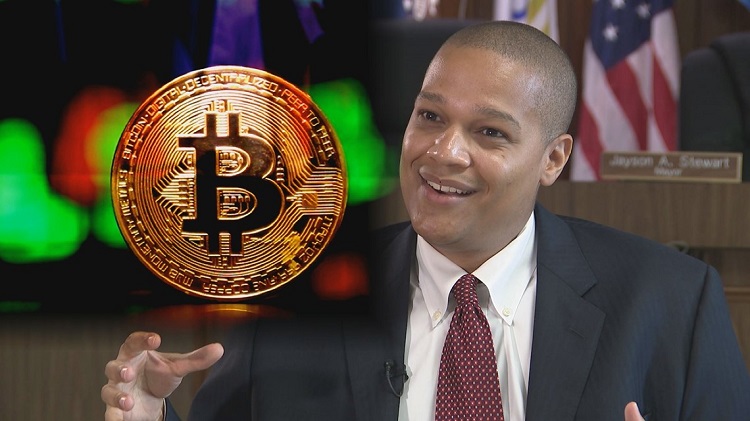 Jayson Stewart, the mayor of Cool Valley, Missouri, has recently hinted that he wants to give every resident $1,000 in bitcoin. The statement was made during an interview with St. Louis news outlet KSDK on Thursday when the mayor said that he wanted to see “every single household in my city receive some level of Bitcoin.”

Stewart didn’t specify how much Bitcoin each resident would receive, but he did suggest that it could be any amount up to $1,000. Given that Cool Valley only has a population of 1,500, this would mean around $1.5 million or more than 30 BTC at the time of writing.

However, there is a catch, as Stewart also hinted that the Cool Valley residents could be required to HODL the bitcoin they receive for five years.

The distribution of these coins would be similar to the way a trust fund works. The coins that each resident will receive will be locked for the next five years, thus making it impossible for the owners to actually access them. Once the five years have passed, the residents would be able to access and get the coins at what they are worth at that point.

“We’re putting in place like a vesting schedule for bitcoin. The idea is that maybe you don’t touch it for five years before you really get full access to it. We’re working on ideas like that because that’s my number one concern. Someone just sells their bitcoin today their car note. And then when Bitcoin is sitting at like $500,000 all these years later, they’re going to really regret that.” – Jayson Stewart, Mayor of Cool Valley, Missouri

The mayor believes that this could prove to be transformational to the lives of the Cool Valley residents since he sees Bitcoin as digital gold. He added that he feels that “fundamentally, this is the best way to meet [everyone’s] basic needs — to get Bitcoin into the hands of people who can use it the most.”

As expected, the residents’ reactions have been favorable to the mayor’s proposition. According to Stewart, the funds would likely come from several Bitcoin investors. Besides private funding, the mayor’s plans include getting funding from the government as well.