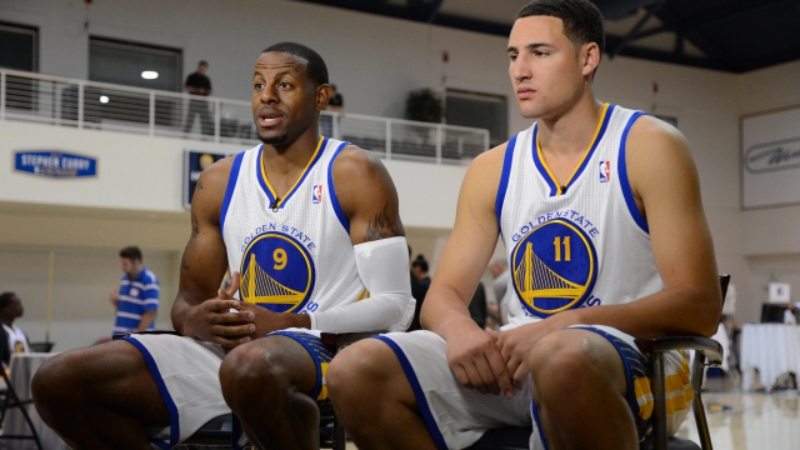 Andre Iguodala and Klay Thompson, two of NBA’s top players, will receive a part of their next salary in Bitcoin with both donating $1 million each to fans.

“I’m with bitcoin because I believe it’s the future of money.”

Both players started a collaboration with Cash App to deal with the conversion of the salaries. The app will also be in charge of the donations.

“Bitcoin is the future, Klay Thompson and I are both believers.”

Iguodala and Thompson are just the newest names of celebrity athletes that have decided to receive their salary or part of it in Bitcoin.

This trend can be pinpointed to May 2019, when NFL tackle Russel Okung wrote on Twitter “Pay me in Bitcoin.” Later, in September, he declared that he doesn’t plan on stopping until he will receive Bitcoin. Okung wasn’t the first star to ask for this, but he was the one who started a movement as in December 2020 his wish became true.

Since then, players like Aaron Rodgers, Odell Beckham Jr, and Mac Jones, have become involved in Bitcoin, receiving part of their salaries in BTC or offering it as a gift.