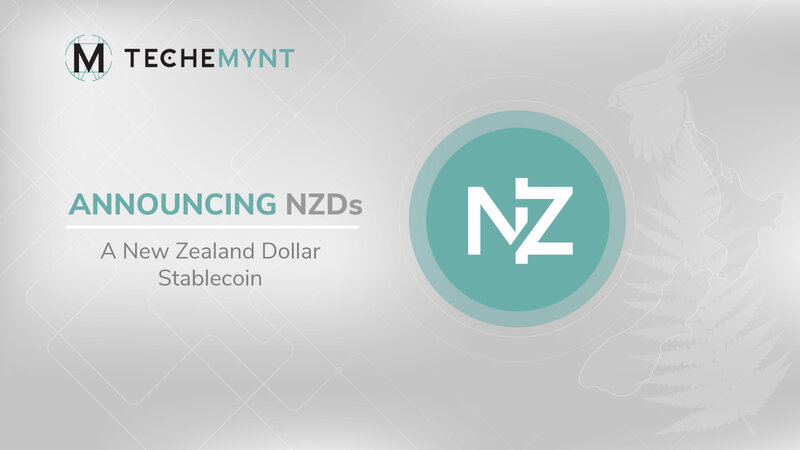 Techemynt, an Auckland-based financial service provider, has recently announced that it had launched a stablecoin, $NZDs, that is backed 1:1 with physical New Zealand dollars.

A stablecoin is a cryptocurrency type that is backed by a reserve asset, such as gold or fiat. Such a stablecoin thus merges the flexibility and privacy ensured by cryptocurrencies with the stability of fiat money.

According to the firm’s statement, the stablecoin “was deployed on the Ethereum blockchain by Blockchain Labs, using the robust FiatToken framework developed by Centre.”

Techemynt executive director Fran Strajnar said that the newly-launched stablecoin was developed in compliance with New Zealand’s legal requirements and that a “leading accounting firm” would confirm the NZD backing for the stablecoin on a quarterly basis. The firm is registered with New Zealand’s Financial Markets Authority.

The announcement also mentions that all customers interested in acquiring $NZDs directly from Techemynt “will be required to complete Customer Due Diligence checks in line with Techemynt’s FSP obligations under the Anti-Money Laundering and Countering Financing of Terroism Act 2009 (AML/CFT) of New Zealand.”

The $NZD stablecoin will also be available on secondary markets, including the Bittrex-powered Dassetx.com, a New Zealand-based cryptocurrency exchange. The firm plans on integrating $NZDs with other exchanges in the future.

Regarding the launch, Strajnar also stated that “between the popularity of the New Zealand Dollar and the proliferation of cryptocurrency, Techemynt felt it was an ideal time to fill the gap in the market and lead the creation of an NZD-based stablecoin.”

Techemynt isn’t the first firm interested in the launch of a stablecoin backed by the New Zealand dollar, though. Cryptopia launched ‘NZed,’ a New Zealand Dollar-tethered cryptocurrency in 2017, and Power Finance, a financial services company, recently announced its plans to launch a New Zealand digital dollar stablecoin this year.