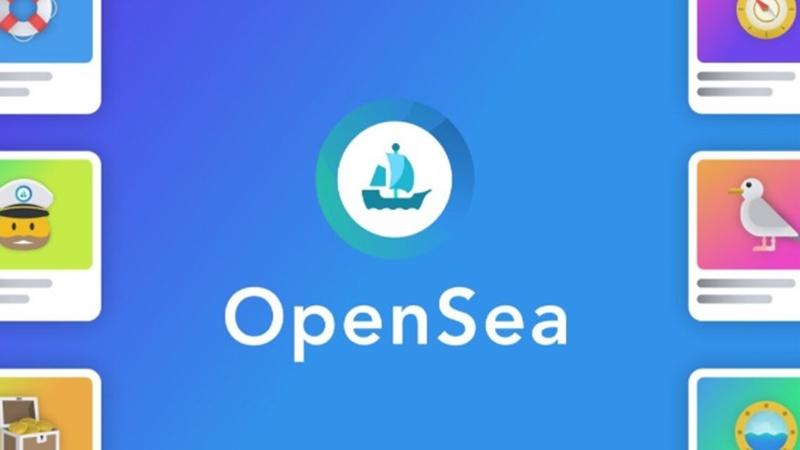 OpenSea is a decentralized peer-to-peer marketplace for buying, selling, and trading rare digital goods, from gaming items to collectibles to art, which is built on non-fungible token (NFT) technology across Ethereum, Polygon, and Klaytn blockchains.

The largest NFT marketplace, OpenSea, was launched in December 2017. Since then, more than $10.3 billion worth of transactions has been generated on the platform.

Only in the past 30 days, the total volume was more than $1.85 billion, and since the beginning of November, OpenSea has already processed $400 million worth of volume.

The second-largest NFT platform by lifetime volume is Axie Infinity, which has processed $3 billion worth of NFT transactions since March 2018.

Larva Labs’ marketplace, known for the Cryptopunks NFT series, is ranked the third-largest NFT trading platform, with a total volume of $1.59 billion.

Other popular Ethereum-based platforms are Rarible and SuperRare.co, with lower trading volumes of just $263.97 million and $177.95 million, respectively. But these marketplaces are more popular because of the higher average price per sale, making them more exclusive.

The biggest number of traders belongs to Axie Infinity, with more than 1 million active users. OpenSea has 635,698 traders on its platform while Rarible only 83,810.

There are also other blockchain technologies trying to boost NFT adoption, such as Solana, which has the advantage of low fees and faster transactions. Also, Cardano is working on building the NFT marketplace, and Elrond will be launching it soon. Coinbase announced the launch of a new NFT platform, and thousands of users have already joined the waitlist for early access.

More celebrities and artists have joined the NFT space lately, with Quentin Tarantino launching a series of NFTs that will grant owners access to never-before-seen behind the scenes and notes of his movie Pulp Fiction.