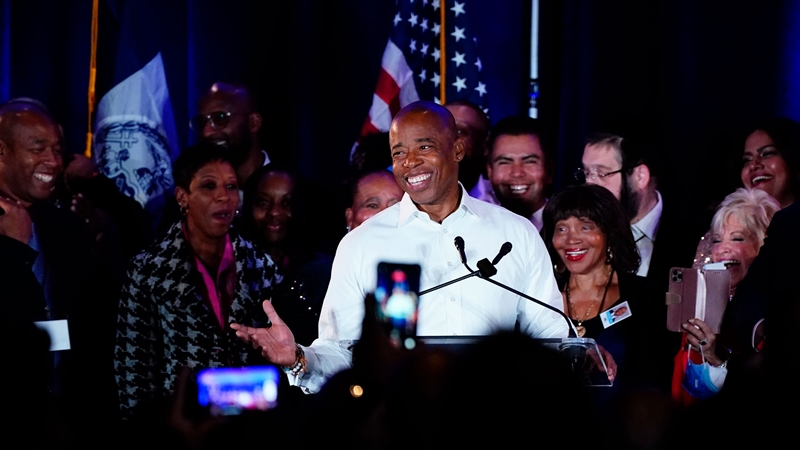 In a recent interview with CNN’s State of the Union, Adams said students must be prepared for the “new way of thinking” that comes with the increased usage of cryptocurrency.

“We must open our schools to teach the technology, to teach this new way of thinking.”

He also wants to raise crypto awareness among his electors, as many asked him “what do blockchains and bitcoins represent?”

But New York wouldn’t be the first state to implement cryptocurrency teaching in schools, as students in Georgia are set to learn about the industry after a financial literacy program was approved by the Georgia House of Representatives earlier this year. The bill’s text states:

“The State Board of Education shall prescribe a program of study in personal financial literacy to be completed by students during high school.”

The Mayor has also planned to increase crypto mass adoption by encouraging New York businesses to accept digital assets as a form of payment.

Users on social media have responded by sharing different opinions. Some have said crypto studies must be a part of the school curricula, stating that new investors must gain sufficient knowledge before entering the digital asset markets. Others have the opposite opinion, saying that cryptocurrency is “speculative garbage” and that schools should focus on teaching math, history, science, and actual financial concepts.

Jason Furman, a Harvard professor and a former member of the Council of Economic Advisors under the Obama Administration, said:

“I really like Eric Adams but I don’t think his job description is pumping up a cryptocurrency that he is about to be paid in. It seems kind of grifty.”

Adams’s statements about crypto in schools came a few days after he had commented in a tweet thread that he would accept his first three payments as mayor in Bitcoin.