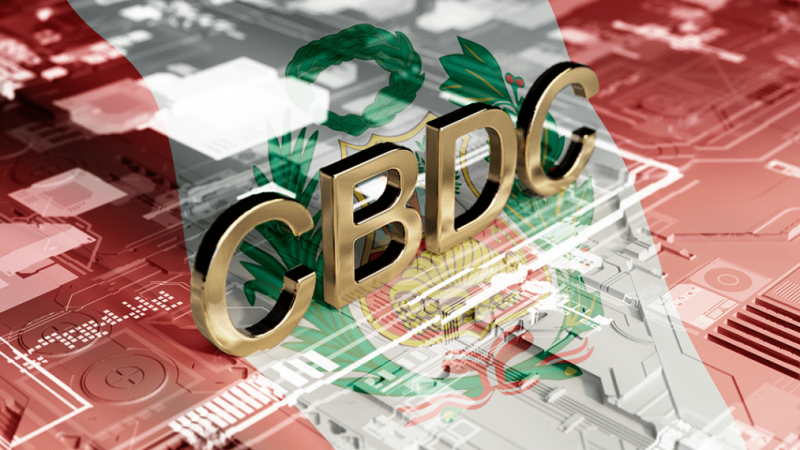 Julio Velarde, the president of the Central Reserve Bank of Peru, has confirmed that the South American country will join the global race of creating a CBDC.

During the Annual Conference of Executives (CADE), he stated:

“I think the payment system we are going to have eight years from now in the world is going to be completely different from the current one… Even the financial system will probably be quite different.”

Velarde revealed that Peru will collaborate with central banks of countries that have already made progress on their CBDC, like India, Singapore, and Hong Kong.

“We won’t be the first, because we don’t have the resources to be first and face those risks. But we don’t want to fall behind. We are at least at the same level or maybe even further ahead than similarly-sized countries, although behind Mexico and Brazil.”

According to the Atlantic Council website, 87 countries (that represent over 90% of the global GDP) are now doing research on a CBDC, while seven have already released one. In May 2020, for example, just 35 countries were taking a CBDC into consideration.

Even if it doesn’t have a CBDC, El Salvador’s decision to adopt Bitcoin as a legal tender in early September of this year has brought back the attention to digital assets in the region.

The Bahamas already has the Sand Dollar CBDC, while Mexico and Brazil have announced they will implement their CBDCs by 2023.

Regarding Peru’s CBDC partners, the Reserve Bank of India has confirmed it wants to begin the trial implementation of the digital rupee before the end of the year, while also taking its time to make sure that the rollout goes without any problems.

Shaktikanta Das, the Governor of the Reserve Bank of India, declared:

“We are being extremely careful about it because it’s a completely new product, not just for RBI but globally.”

Hong Kong’s Monetary Authority is still exploring the idea of releasing a digital Hong Kong dollar (e-HKD) as a a way of capitalizing the potential benefits for retail trading across the city’s cross-border markets.

Meanwhile, the Monetary Authority of Singapore has confirmed it has plans for a privately-developed retail CBDC as part of its “Project Orchid initiative.”