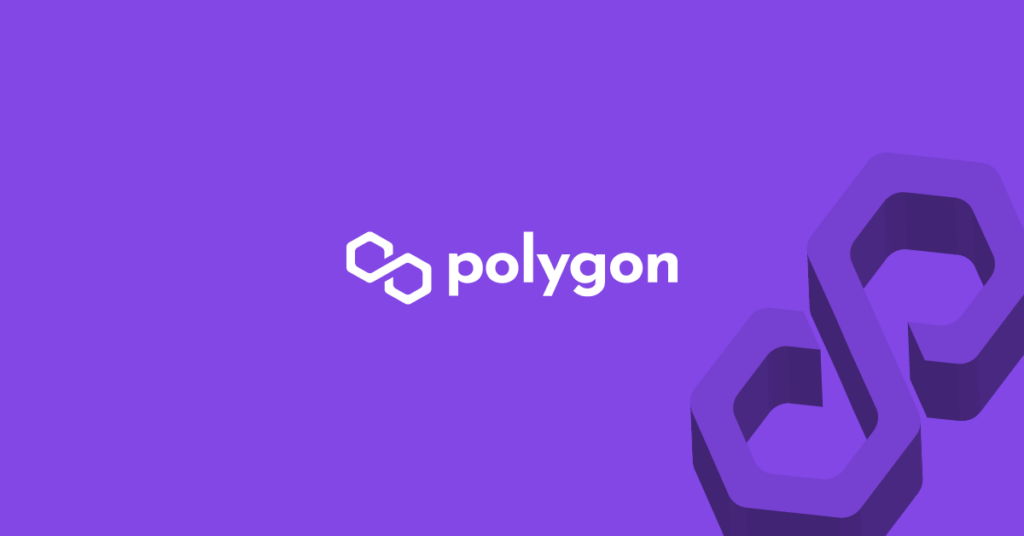 Polygon, previously known as Matic, represents a framework for building Ethereum compatible blockchain networks.  Matic Network was limited to being just a scaling solution, so the upgrade to Polygon was needed, as Polygon represents an entire ecosystem of collaborative blockchains that are highly scalable while also retaining their self-sovereignty.

The best way to describe Polygon is to use a quote from their whitepaper – “Build by Developers, for Developers.” But what problem does Polygon aim to solve?

We all know that Ethereum is now the go-to blockchain platform for anybody who plans on creating blockchain applications. But, at the same time, we also know that the Ethereum blockchain has some very big issues that stop it from reaching its true potential, such as high gas fees, delay in transactions, a lack of community governance, and others.

Polygon stands out for being not only a framework but also a protocol, which can be used by a developer for creating an Ethereum-compatible blockchain and making a connection between the two. The deployment part is super easy as it offers one-click deployment and modules for developing your custom blockchain networks. This feature is very helpful for developers.

Furthermore, it is also super easy to exchange messages between the Ethereum blockchain and other networks using the interoperability protocol of Polygon.

How Did It All Begin?

Polygon initially began as Matic Network, but as the scale of the project amplified, they rebranded as Polygon. At first, Matic Network was only a Layer 2 Scaling Solution, but it later became an ecosystem of self-sustaining, collaborative, and interactive Ethereum blockchains.

Polygon was founded by Jaynti Kanani, Sandeep Naiwal, and Anurag Arjun in October 2017.

Jaynti Kanani is the CEO of Polygon, a blockchain engineer and full-stack developer. In the past, he worked as a Data Scientist, and Senior Software Engineer.

Sandeep Naiwal is a blockchain programmer with a Masters in Business Administration in Technology, Finance, and Supply Chain Management.

Anurag Arjun is the CPO of Polygon and has a Bachelor’s Degree in Computer Engineering and worked at IRIS Business Services Limited as AVP Product Management.

How Does Polygon Work?

In order to properly understand how Polygon does what it does, we will need to visualize it as a four-layer architecture or system in which the first layer is represented by Ethereum. The follow-up layer represents the security one, while the third one is the Polygon networks layer, with the fourth one being the execution layer.

Each layer has its own role in how Ethereum works. The Ethereum layer and security ones are actually optional.

The Ethereum layer is in charge of communicating with several Polygon chains while also being responsible for transaction finality and the process of staking. The security layer offers “validators as a service,” but also plays the role of extra security.

The network layers are in charge of block production and collating transactions. It is made out of several independent blockchain networks which are used for the user base and community.

The last layer, the Execution one, is in charge of interpreting and executing transactions within the blockchains that are a part of the Polygon network.

The execution layer itself has two layers within it – the execution environment and execution logic. The first one is a sort of virtual plug-in-play machine implementation, while the second one’s written in Ethereum smart contracts for Polygon’s networks.

Polygon has two types of chains, stand-alone and secured.

As you can tell by their name, stand-alone chains are independent and are responsible for their security. Unlike the secured chain of Polygon Chains, stand-alone ones have their own set of validators.

If you use stand-alone chains, the project you are creating will enjoy a high degree of independence and flexibility for operations. Stand-alone chains are mostly used by enterprise projects or large projects that enjoy a large community.

Secured chains are all about security as a service through fraud or validity proofs for blockchain network validations and don’t set up their validator pool. A credible validator pool such as the shared security features of Polkadot can also be a project that uses secured chains.

Obviously, the project will enjoy better security, but it has some downsides two – less flexibility and autonomy. This type of chain is better used by startups and projects that rely more on security.

Even after Matic became Polygon, it continued using the same token, the MATIC token.

The initial circulating supply of MATIC tokens was over 3 billion with an issuing price of 0.00263 dollars. The total MATIC tokens supply stands at 10 billion as there wasn’t any change made to the supply when the transition happened.

From the total MATIC tokens, 3.80% of the total supply goes to private sales, and 2.09% for seed allocation. 16% of the supply was set aside for the team, and 4% for the advisors. 12% of the tokens went into network operations.

It currently has a market cap of over 9 billion dollars which ranks it at number 15 if we take into consideration market caps in the crypto industry.

You can trade the MATIC token on plenty of exchanges, including Binance, Digifinex, OKEx, Huobi, WhiteBIT, FTC, Bitforex, and others.

Polygon wants to provide a low-cost, high-speed solution to Ethereum’s deep liquidity for the most important DeFi projects in the ecosystem, which is why it began collaborating with Aave.

Since the Polygon launch of Aave, over 7.5 billion dollars in total value has been locked by more than 30,000 users, which made it one of the best performing lending protocols on Polygon.

Polygon really works on solving the biggest problems of DeFi, which is why it is expanding to it through Aave which can show the power of Ethereum to a larger user base, regardless of capital size.

The global financial industry is being disrupted by DeFi and the crypto industry. But issues such as high gas fees and slow transaction speed are making the disruption move slower than we wish it would. This is why finding a solution for them is important.

But Polygon’s goal is to solve both of these problems as, if we manage to solve slow transactions and high gas fees, we’ve already won half the battle.

Thanks to the fact that Polygon has done just about everything right so far, and it has been embraced by the crypto community, the project is now an international one, which has even received attention from the likes of Mark Cuban.

But competition is also really stiff, as we see more and more scaling solutions, either for Ethereum or for other blockchains, so we can only hope that the three founders will continue to deliver just as good as they’ve done so far.