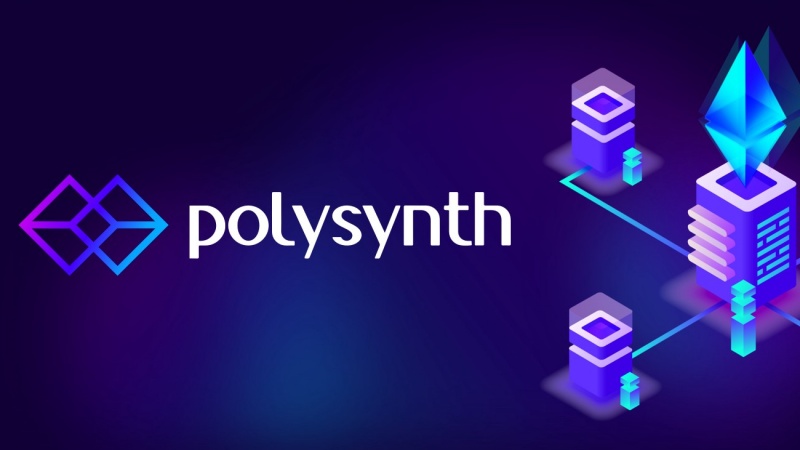 The money was raised as part of a seed round that took place yesterday. Among the participants we can mention companies such as DeFi Alliance, Jump Capital, Hashed, but also individuals like the co-founder of Brevan Howard Asset Management, Alan Howard, and Jaynti Kanani, and Sandeep Nailwal, the co-founders of Polygon.

Polysynth revealed that it plans to use the funds for expanding its team of engineers, designers, and marketers, while also carrying out security audits for the protocol.

Currently the platform is in the beta phase and it is testing only a couple of assets, like Bitcoin, Ether, and MATIC perpetual futures. When it will finally go live on the mainnet, Polysynth plans to create derivatives a series of derivatives.

The platform will be able to create a scalable virtual market maker (VMM) which is supposed to have a series of advantages compared to a typical order book or AMM.

A VMM doesn’t rely on collateralized debt position (CDP) model like with the classic automated market makers. What it does is allow traders to use stablecoin collateral for opening long or short positions for every synthetic asset each. This includes the possibility of accessing the liquidity and other benefits like low slippage and improved quotes by offering stablecoins and utilizing them to purchase and sell synthetic assets directly.

He further elaborated that the current synthetic asset solutions usually need five times the collateral and manual re-balancing, thus adding that “Polysynth’s VMM based model eliminates these challenges by allowing traders to trade against a virtual constant product curve.”

In order to generate usage for the beta version, Polysynth will start a trading competition today. Those customers who would be able to generate the highest returns or report bugs found on the platform could receive rewards in cash.

Polysynth has also mentioned that it wants to create a decentralized autonomous organization and release a governance token in the future.