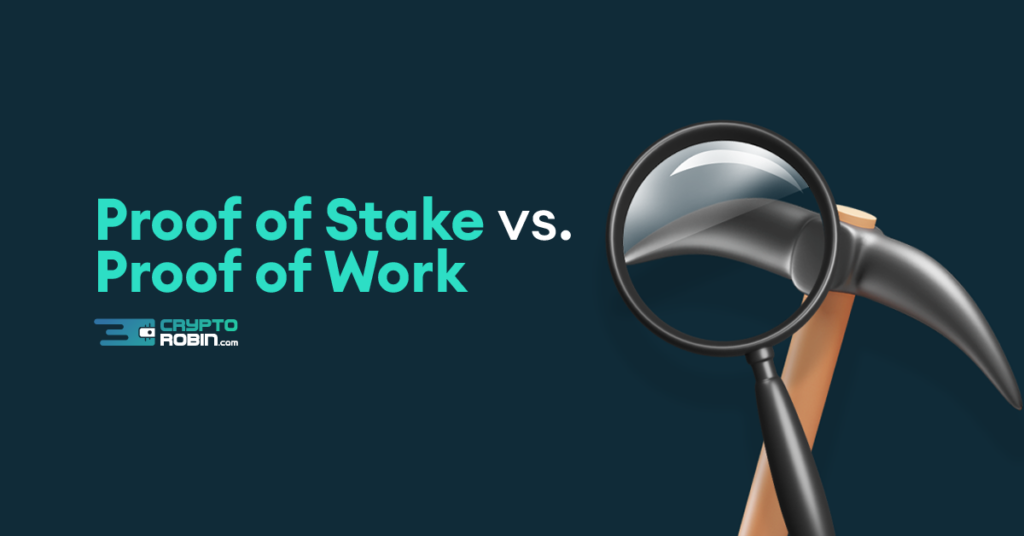 In this article, we will briefly take a look at the main characteristics of Proof of Stake and Proof of Work. We will also cover their pros and cons and what sets them apart.

At the basis of each cryptocurrency, there is a network of computers whose role is to help secure the software from attackers and regulate the issuance of new units of a particular cryptocurrency. This system is known as a consensus mechanism, and you can find more about it in our video on this concept.

Proof of Stake and Proof of Work are the two most widely used consensus mechanisms. Both of them regulate how transactions are verified and added to the public ledger of a blockchain, all without the need for a third party.

While some projects begin right away with Proof of Stake, others are transitioning to it from Proof of Work. To better understand this migration from one consensus mechanism to another, let’s dive deeper into the pros and cons of each of them. We will only briefly cover their features as we have explored them more extensively in our articles on these topics.

To create a new block on a PoW network, miners compete against each other to solve difficult mathematical problems, a process known as hashing. Once a miner finds the answer, it should be easy for the rest of the network to verify it.

This consensus mechanism has been employed because:

Still, PoW does come with a few cons: 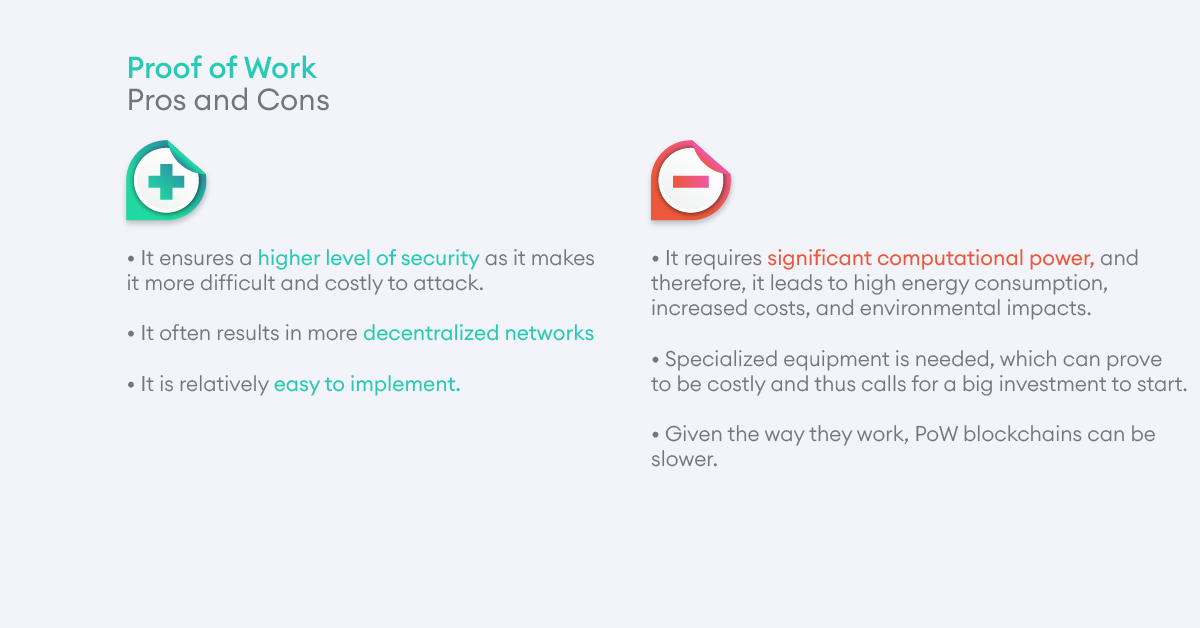 To reduce Proof of Work’s dependency on energy consumption, Proof of Stake was introduced in 2012. In a PoS network, participation is determined by ownership of the coin supply. So whoever wants to be selected to add blocks to a PoS blockchain is required to stake a specific amount of that blockchain’s cryptocurrency.

The amount of coins a user stakes determines their chances to be selected to produce the next block. However, PoS may also use other factors when selecting a node for this task in order to avoid favoring the wealthiest nodes.

The main drawbacks of PoS include the following: 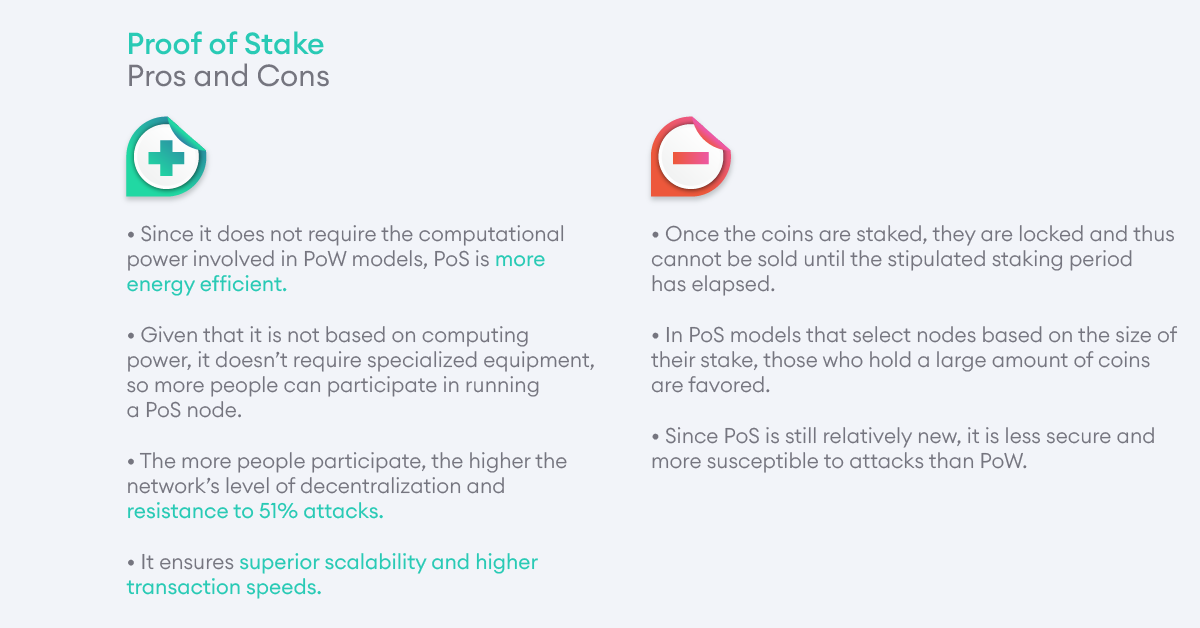 Each of the two consensus mechanisms comes with advantages and disadvantages, and choosing one over the other depends on the needs of a network. For example, PoW is required by networks that focus on preventing fraud, building trust, and ensuring high security. On the other hand, PoS is largely utilized by networks that require high transaction speed.

Still, both consensus mechanisms are vulnerable to attacks, that’s why, in order to validate transactions safely, another validation mechanism called Proof of Space is currently being created. What’s more, they both pose some centralization issues, despite the fact that PoS is seen as the mechanism least likely to lead to centralization.

PoSPoWProof of Stakeproof of work
Previous articleMadonna and Britney’s Famous VMA Kiss to Be Auctioned off as NFTNext articleWhat Are Layer-1 Blockchain Solutions?