Rocket Pool is the base layer protocol for decentralized and trustless ETH2 staking.
It was built with the intent to allow anyone to trustlessly stake ETH to a network of decentralized node operators with full autonomy underpinned by RPL collateral.

Just 16 ETH are needed to run a mini-pool, and stakers can participate with as little as 0.01 ETH. Just 45 seconds after being launched, the stage two cap was reached, and in the first two days of operations, 237 nodes were created, with 1088 ETH staked. The latest feedback from the platform stated that the Total Value Locked is around 4000 ETH ($13.9 million) which also includes collateral from the RPL token.

According to the project’s whitepaper, Rocket Pool aims to become the “primary staking infrastructure for Ethereum, by providing a decentralized, easy to use staking network for individuals and businesses.”

The protocol was scheduled to roll out over four weeks, but on stage one, protocol limits maxed out, and the same thing happened on stage 2 launched yesterday on November 10th, but in just 45 seconds. The deposit limit for the second stage was 480 ETH ($2.3 million). The third stage of the Rocket Pool is planned to take place on November 15th at 00:00 UTC. 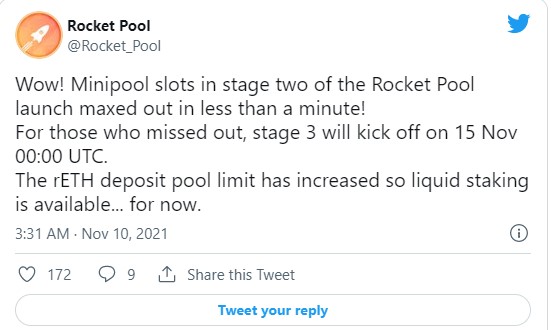 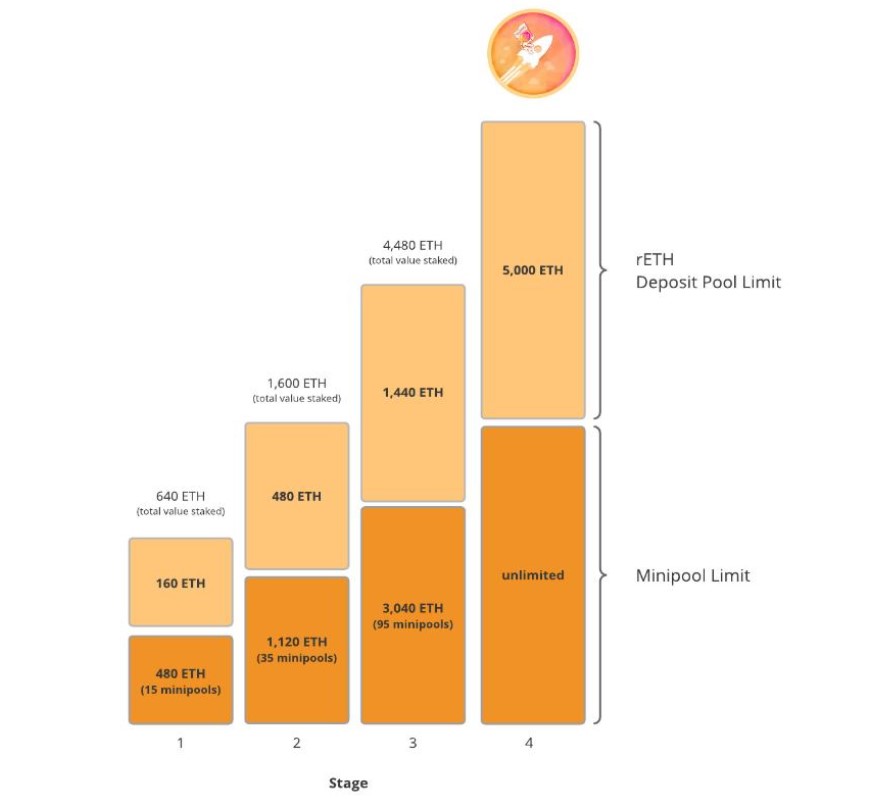 Co-Founder Boyko-Romanovsky said that Rocket Pool is an “amazing example of a decentralized solution for Ethereum.”

“The more services like that, the more use cases Ethereum can have, and the more people who will admire decentralization,” he added.

eth2ethereumethereum 2.0
Previous articleElon Musk Sells Around $5 Billion in Tesla SharesNext articleMiami Mayor Will Distribute Free Bitcoin to Some of Its Residents