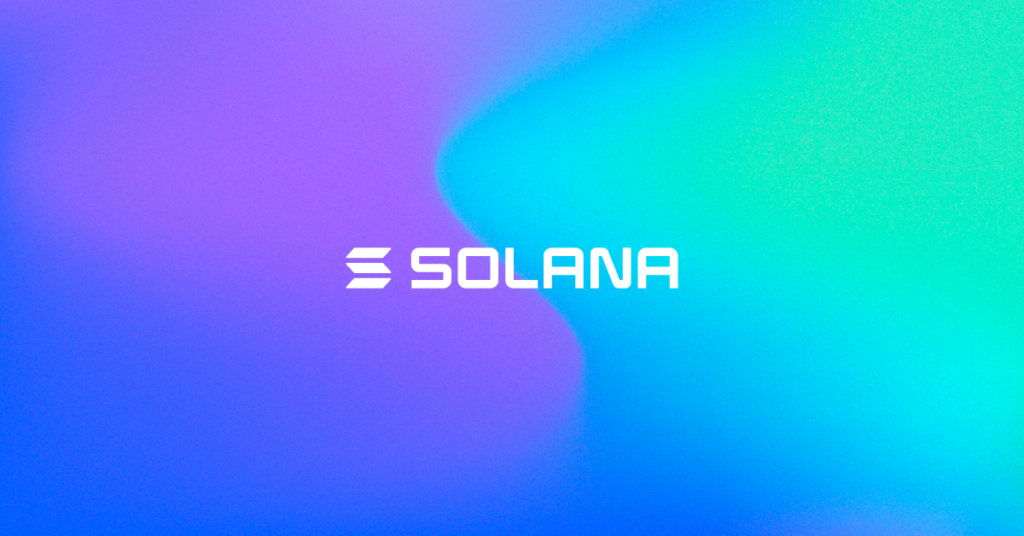 Solana represents a high-performance layer-1 blockchain that relies on a Proof-of-Stake (PoS) consensus mechanism with timestamped transactions in order to register high efficiency and a lower entry barrier.

You could consider Solana as being part of the same group of projects like Ethereum, Polkadot, or Elrond, thanks to the fact that developers are allowed to create tokens or DeFi applications within the ecosystem, meaning it is also compatible with smart contracts.

The project wants to solve the so-called “trilemma” of scalability, security, and decentralization so that businesses could scale using blockchain technology.

The whitepaper for Solana was written in 2017 by the founder and CEO of the project, Anatoly Yakovenko, after he came to the conclusion that the SHA256 hash function has the potential of being used in creating a decentralized clock on a cryptocurrency blockchain.

The team working for Solana is made out of people who have previously worked for Apple, Google, and Dropbox.

Aside from the fact that the database technologies used in Solana are similar to those used by Microsoft and Google, the architecture of the project has also been strongly influenced by Filecoin, a decentralized file storage blockchain.

Thanks to the knowledge of the team, and the technologies used in developing the project, Solana is, as of now, the fastest blockchain in the world and, at least in theory, the most scalable one.

The blockchain has the ability to process 50,000 transactions per second while a new block is being generated every 400 milliseconds. Notable is the fact that Solana doesn’t use sharding or layer-2 solutions in order to achieve those numbers.

The Innovative Protocols of Solana

As we’ve mentioned, Solana wants to find solutions to the “trilemma,” and, for it to be able to do this, it has come up with eight innovative protocols. All of them working together is what makes Solana so fast, secure, and scalable.

First, we have the archivers, representing a distributed ledger store for petabytes of blockchain data storage. The cloudbreak, which is a horizontally scaled accounts database, which allows Solana to reach scalability without sharding, is the second component.

Thirdly, we have the Gulf Stream, which is a mempool-less transaction forwarding protocol that is in charge of reducing confirmation times and allowing substantial transaction volumes. Next, we have Pipelining, which is a Transaction Processing Unit for optimizing validation.

The Proof-of-History is a clock before consensus, followed by the Sealevel, the first parallel smart contracts run-time in the world, which makes it possible to identify non-overlapping transactions fast and process them at the same time.

The Tower BFT is also a part of this, and it represents a PoH(Proof of history)-optimized version of the Practical Byzantine Fault Toleration consensus algorithm. The last, but certainly not least, is the Turbine, which is a block propagation protocol.

In order to process the high number of transactions without ignoring the decentralized aspects and security, Solana relies on Proof of History. Proof of History is a part of the PoS (Proof of stake) consensus mechanism, and it’s the part that is seen by many as being the most innovative creation of the project.

Proof of History represents a method by which all transactions are time-stamped, meaning, the validator nodes are able to create the next block on the network without having to coordinate with the entire network. This can be done thanks to the fact that validator nodes can “trust” in the order of messages they’ve received from other nodes via these timestamps.

This is where the aforementioned SHA256 hash function makes its appearance. One of the most important and innovative aspects of Solana is the decentralized clock created by Yakovenko by adjusting the SHA256 mining algorithm.

Solana relies on this hash function’s repetitive outputs as a reference – timestamps, which creates something similar to a clock tick, each of the ticks representing 400 ms. Taking into consideration the fact that a normal tick of a clock lasts one second, you can easily see the speed that this blockchain brings to the table.

A difficulty common in distributed networks is the fact that nodes can’t agree on the time and success in which the network events can take place. Thanks to Proof-of-History, Solana saves quite some time in transaction processing and gets incredible performances.

One other innovative protocol is the validator nodes. These are in charge of checking transactions, store data, and generate new network blocks every 400 ms. Another feature that lets the blockchain be scalable is the fact that there is no minimum SOL staking requirement for you to run a validator node.

Also worth mentioning is the fact that there is no staking barrier, at least, in theory, since the protocol is permissionless and open-source. Still, this can vary based on geography and local regulatory restrictions. Furthermore, in order for validators to be able to receive awards, users have to complete registration and KYC details.

The native token of the Solana blockchain is the SOL. It has a maximum supply of 448 million and a circulating supply of over 270 million, so more than half.

The SOL token can be used to pay transaction fees on the Solana network and, in the process, it is burned, which is something that investors are keen on, obviously.

The token can also be used for staking by people who operate validating nodes, but also as a reward for validators.

The project doesn’t really offer a very clear answer to how the tokens are distributed. There is a page on which monthly currency activity reports are posted, but the page hasn’t been updated since late 2020.

The maximum supply is 448 million, and not 500 million, because some members of the community discovered in late 2020 a wallet that had around 13 million SOL that were needed to be used for a loan from a foundation to an anonymous market maker in order to get liquidity on Binance.

Since this was never mentioned by the team before, the finding didn’t help the image of the Solana when it comes to transparency.

DeFi Infrastructure and the Future for Solana

By far, the most important project can be seen as being Serum, which is a decentralized exchange that operates on the basis of order book trading, similar to a centralized exchange. One of the co-founders of Serum is Sam Bankman-Fried, who also founded FTX and Alameda Research.

Before he set his eyes on Solana, Bankman-Fried tested other platforms, as he wanted to find the best blockchain infrastructure that could work within the needed parameters.

A decentralized exchange based on order book trading requires a blockchain that is able to process several transactions in one second. This means that it couldn’t work on the current version of Ethereum, for example.

The fact that Solana was the chosen one probably says a lot about the tech capabilities of the ecosystem, and it means that quality decentralized dApps will be attracted to it in the future.

Aside from Serum, Solana already runs 34 applications in the DeFi world, and 126 in total, so we can say that it has already reached a kind of maturity, which is also reflected in its token’s price.

Taking into consideration the fact that the Solana Foundation has even bigger plans and wants to increase the number of possible transactions to 500,000/s, this is drawing all developers that want a high-performance environment for their dApps.

Solana is currently working on the launch of an incubation studio that will accelerate the development of decentralized applications and platforms building on it,  plus a venture investing arm and trading desk dedicated to the Solana ecosystem.

Overall, the DeFi area is a highly important one, and the final destination for projects such as Solana – at least, for now. The ecosystem has immense potential, which will probably simply increase as time goes by. If that happens, the medium and the long-term price will be highly influenced.

Solana wants to solve many of the typical issues discovered in the earlier blockchain technology. Thanks to its innovative protocols, structure for verifying transactions, and a highly efficient consensus mechanism algorithm, Solana is one of the best performing blockchains in the world.