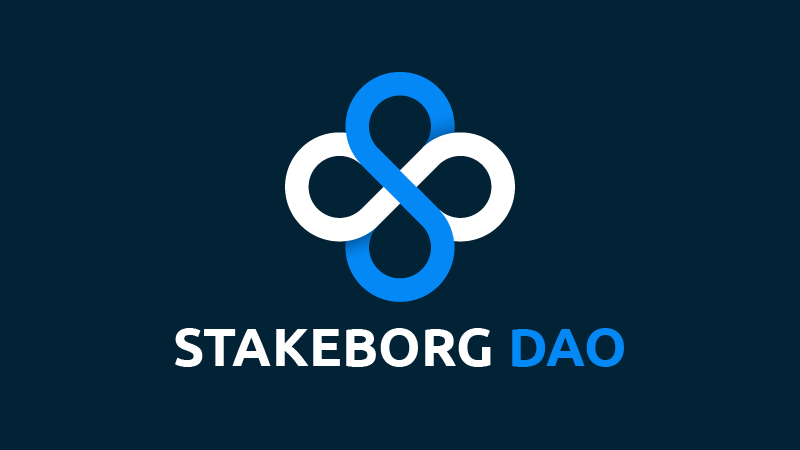 In this article, we will take a look at Stakeborg DAO, a Romanian project that is moving towards a completely decentralized governance system. In a very short time, a highly involved and dedicated community has emerged around Stakeborg DAO, which is a good sign as it proves that more and more people are willing to learn and get involved in such projects, communities, or ideas.

How Stakeborg DAO Came About

The Stakeborg DAO is a project that has brought together a team that generates trust through competence and experience, and very importantly, through constant communication with the community.

The idea with which the team has embarked on this journey is to build a community or digital colony as it is called in the whitepaper, which at some point, when the DAO is activated, and we will talk about that in more detail shortly, would take over the reins of the whole project and, through a concentrated collective intelligence, would experiment, innovate, and evolve.

With this philosophy in mind, Stakeborg DAO launched a whitepaper that describes in 24 pages the team’s mindset, how this idea came about, and where it can lead in the future, as well as a platform – stakeborgdao.com – that features several options through which we can interact. We will take a look at each of them soon.

One of the most important aspects of the project, which is the foundation on which the economy and community are built, is the ERC-20 STANDARD token.

The token has a maximum supply of 20 million of which, through a fair launch, 72% will go to the community, through the treasury that will be controlled by the DAO, staking, LP rewards, and liquidity mining rewards, and 3 airdrops, each of 1%.

19% will go to the team, 4% to late-stage investors, and 5% to advisors and the methodologist fund.

I mentioned fair launch because this aspect was one of the most important in attracting people within the community. There are no early investors to receive the token at a reduced price and the team’s coins are subject to a 0.8% vesting per week for 125 weeks.

The same vesting period applies to the coins received through airdrops. The first airdrop was activated last month for those who were either PRO members of “The Crypto Insider” newsletter or met certain criteria related to the free version of the same newsletter.

The second airdrop will go to those who either bought STANDARD, added liquidity to SushiSwap for the STANDARD – USDC pair or paid for an entire year of access to the pro version of the newsletter. There will be another one next year for which we don’t yet know the eligibility conditions.

It is important to note that if you have received any of the airdrops or you will receive the 3rd one, you can claim the tokens only once. If you’ve accumulated, let’s say, 100 STANDARD after a certain time, and you claim them, the rest you would have collected will be distributed to the people who haven’t claimed the tokens yet.

With the launch of the token on SushiSwap, the rewards program for adding liquidity was also launched. We can add liquidity in the USDC – STANDARD pair for a total of 125 weeks with over 10% rewards per week. So if we have $1000 in the liquidity pool, we’ll make another $400 in STANDARD per month. An excellent APR.

Besides that, users can also lock XYZ or Bond coins, which was possible with Swingby as well, but it only lasted for 5 epochs, so 5 weeks, for an APR of over 15% per week. So there are many ways to grow one’s bag of STANDARD.

Last week, the first index fund, ILSI, or Invest Like Stakeborg Index, was also launched. There will probably be 3 index funds. The one just launched is highly likely to become the most important vehicle to draw attention to the project, either through investments from institutional customers, through new community members, or others, which will strengthen the platform’s position in this field.

The ILSI fund functions like any other index fund in the sense that it offers investors the possibility to have exposure to multiple currencies through a single token. In this way, the risk curve becomes uniform since the fund is rebalanced once every 3 months according to specific parameters, and if an asset from this fund loses a lot in value, the fluctuation is absorbed by the other assets held.

This vehicle is perfect for institutional customers that prefer less risk and don’t want to buy and track 7 – 10 coins separately. So they invest in a fund like ILSI that contains the coins you see on the screen, and they greatly simplify the way they navigate through crypto.

But of course, it’s a good way to invest for any person. ILSI can be bought for about $100 each token on TokenSets or directly from SushiSwap, and more than that, those interested can also add liquidity on Sushi in the ILSI – ETH pair with rewards of over 10% per week.

In addition to supporting the economy and generating interest from the community, the token’s main purpose is to support the DAO system of governance in the future.

The platform features, next to Yield Farming, the governance section, where one can stake Standard for an APR of about 5% per week, and through these Standard tokens, they will be able to vote or delegate for proposals, that’s when the DAO mechanism is activated, which is at 1 million staked STANDARD.

The price evolution is also impressive so far. There are currently around 442 thousand staked STANDARD tokens and approximately $4 million in the USDC – STANDARD Sushi liquidity pool.

As with any crypto project, besides the team that delivers what it sets out to, the fiber that marks a constant evolution is the community. StakeBorg DAO has 2k members on Twitter and over 3k on Discord, but involvement and loyalty are more important than numbers.

In a very short time, a group was formed on Discord which actively contributes to the project’s evolution in time, and which, most importantly, has confidence that the idea and philosophy the team has launched are not something for the short-term, but they are here to stay and, of course, to create strong ramifications in the global crypto society.