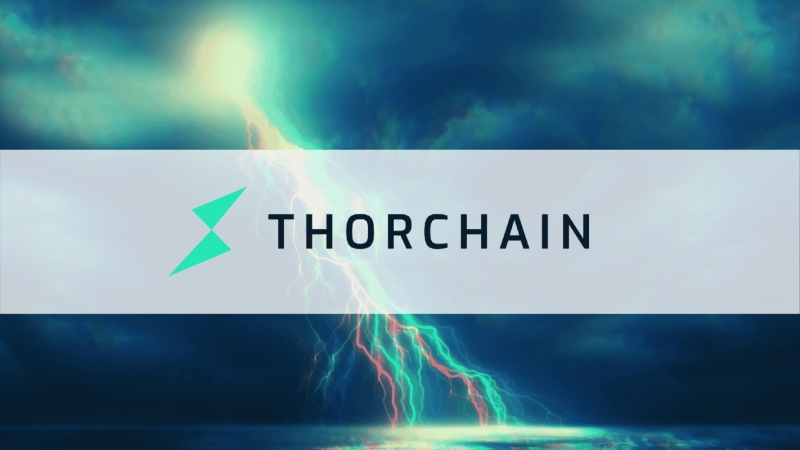 To better understand the structure and the utility of a project like Thorchain, first, you need to know how inter-blockchain token swaps and interoperability work.

Decentralized exchanges like Uniswap, Curve, Pancakeswap, and many others are the backbone of the crypto universe since, without them, we couldn’t trade any digital assets through a decentralized system.

Although essential to DeFi ecosystems like Ethereum, Solana, Avalanche, etc, decentralized exchanges can’t be used to move assets between blockchains. This means that you can only swap tokens that are part of the same ecosystem.

But what if we, for example, want to trade native BTC for ERC20 tokens without having to use a centralized platform or wrapped coins?

Well, here comes Thorchain, a protocol that’s designed to be a self-standing AMM, connecting different chains such as Bitcoin, Ethereum or Binance Smart Chain by combining liquidity provided by users with smart contracts and nodes. But we’ll talk more about it later on.

To facilitate swaps between assets that are native to different blockchains, Thorcain uses the Rune token as a settlement asset or simply put as an intermediary underpinning users’ interactions with the platform.

How does Thorchain work?

It is a standalone Blockchain that uses the Cosmos infrastructure – so Cosmos SDK and the Tendermint BFT consensus mechanism.

The most important part of the Thorchain infrastructure, the one that allows this revolutionary system to function optimally, is the Thornodes node network.

Each node in this network is complex and difficult to run, which is why the rewards are also consistent. A node must also simultaneously run nodes in all Thorchain-compatible chains, Ethereum, BSC, Bitcoin, etc., of course, validating transactions.

So, to keep things interesting, less technical, and uncomplicated let’s proceed to a specific example of a swap between assets on two different networks – let’s say Bitcoin and Litecoin via the Thorchain protocol.

If I want to swap the native coins of Litecoin and Bitcoin I’ll send LTC to a vault in the form of an address controlled by the Thorchain network to be validated by the nodes.

Once this transaction is accepted and validated we can move to the next step, the one in which the Thorchain network initiates a transfer from the Bitcoin vault (address) to my wallet.

As you understand this process better now, you can see why Thorchain is often described as a leaderless vault manager. It’s because it represents a complex network that administers inbound and outbound vaults.

Why is this type of platform necessary?

The need for such a platform presents itself because of a well-known drawback in the crypto universe. It is the increasingly aggressive fragmentation. This occurs as a result of launching different infrastructure networks in this already constantly growing space.

Because bridges between networks can be unsafe and susceptible to hackers, an infrastructure such as Thorchain that connects, in a decentralized manner, what is probably the most important functionality in crypto-asset swap –  will have a high degree of usefulness.

The crypto community will face Interoperability issues for years to come. We can’t expect mass adoption without solving fragmentation, so Thorchain can only prove to be even more valuable in this whole context.

What’s next for this project?

Thorchain already introduced new features into his own ecosystem by adding synthetic assets that allow users to mint synthetic versions of coins such as BTC, ETH or BNB. These assets are backed by liquidity pools made up of Rune and the underlying asset, both in equal 50%-50% proportion. In addition, last month the Terra network was integrated into the Thorchain protocol.

But the question stands, what’s next for this project?

Well, first and foremost, there is the mainnet launch in the coming months and that is just the beginning of the team’s plan.

Besides many features that decentralized exchanges usually have, like leverage trading, limit orders and so on, a lending and borrowing system and much more will be implemented.