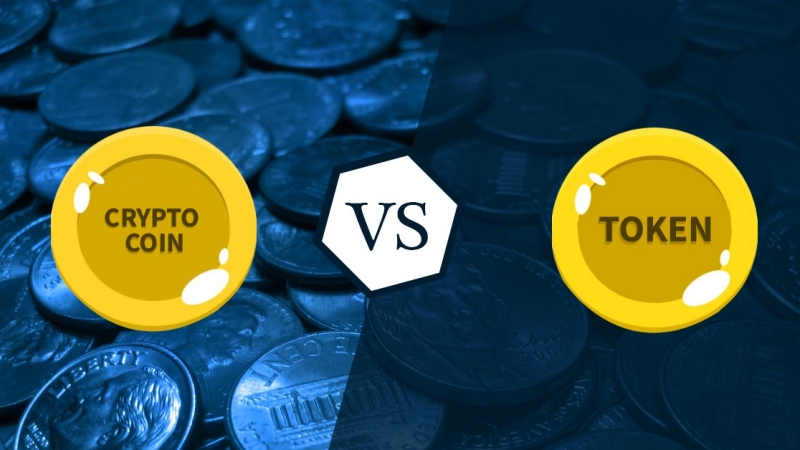 At first glance, a crypto coin and a token may look like the same thing, but they are different.

The biggest difference between a crypto coin and a crypto token is that the first ones mentioned are virtual coins native to the blockchain they were created for which means they have a use case for that blockchain.

Meanwhile, a token is relying on an already existing blockchain network in order for its crypto users to benefit from its features.

What Is a Cryptocurrency, a Coin – Famous Examples

Aside from its utility for its blockchain, it can also be transferred from one wallet to another, being also used as a store of value.

$ETHER on Ethereum is not the only example – we can also mention Bitcoin, its equivalent for the Bitcoin blockchain.

Other popular crypto coins we can mention are BNB of BNB Chain or LUNA from the Terra blockchain, which we’ve talked about in previous videos.

Let’s not forget about $EGLD from ELROND, $ADA from Cardano, $SOL from Solana, $AVAX from Avalanche or $DOT from Polkadot, and many more.

What Is A Token – Famous Examples

Tokens use the network of an already existing blockchain in order to be transferred or used within it. They can have a wide range of purposes, such as store of value, crypto assets to receive passive income or as governance token for a DAO, among others.

It is worth mentioning that the fees for transacting tokens are always paid in the cryptocurrency native to that blockchain and there are plenty of examples of tokens that can be found on multiple platforms, such as USDT.

This is a stablecoin-type of token that has the goal of maintaining parity with the American dollar. It can be found on the Ethereum blockchain, but also on TRON, Algorand, and Solana.

Other popular examples of tokens on the Ethereum blockchain are $UNI of Uniswap and $LINK of Chainlink.

We can also mention popular variants on the Solana blockchain, such as the SRM token, the utility token for the SERUM DEX or People, the governance token of ConstitutionDAO.

If you’d like to find out more about DAO and what role does a governance token play you can check out our video “DAO Explained Through Examples And Analogies.”

A common method of launching a new blockchain is to first create the token on an already-existing blockchain with plans to later move it on its own one, meaning it will become a crypto coin so it will have the needed utility for that blockchain.

We also want our videos to have their utility so if you liked this one so far, don’t forget to like it and subscribe to our channel.