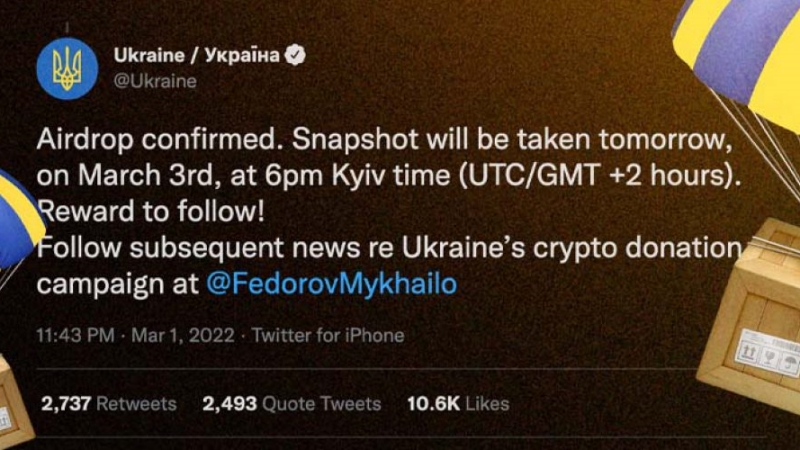 The airdrop tease of Ukraine has led to an increase of microdonations on the Ethereum blockchain. After the official Twitter account of the country tweeted “airdrop confirmed” yesterday morning, thousands of donations were recorded from Ethereum users.

More than $40 million in donations were sent to Ukraine since February 26th when the country revealed on Twitter that it will accept crypto donations.

This growing number of donations implies that Ethereum users are trying to use a Sybil attack on Ukraine’s Ethereum wallet. This usually refers to one user making small donations from various wallets, unlike the more traditional way of making larger donations of one larger sum.

There is an advantage to this which is that Ukraine may airdrop the teased “reward” to unique wallets, which offers the owner of multiple donor wallets more helpings of the anticipated airdrop.

In the past, there have been DeFi users that used this method to grow their chances for token airdrops. But the difference is that it is unknown if Ukraine will do an airdrop or what criteria will the Eastern European country use.

Ukraine could fight against such attacks by restricting the airdrops to include just wallets that have donated more than a certain amount.