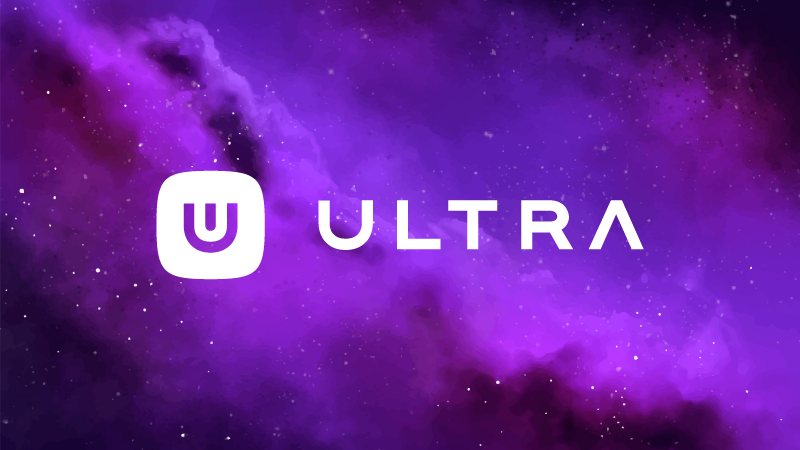 In this article, we will take a look at Ultra, a blockchain-based, PC game distribution platform that was built to provide new opportunities for game developers, players, streamers, and everyone in the ecosystem. We’ll briefly cover its main features and what may help it become a leader in this field.

The gaming industry represents one of the fastest-growing sectors in the tech space, which makes it no surprise that industry heavyweights such as Apple, Google, and Steam have come to dominate it. This is what renders it challenging for game developers to sell their software outside the stores offered by the giants we’ve just mentioned.

Moreover, this even affects the ease with which gamers find the content they’re interested in, as they are forced to pick between platforms to play their favorite games.

Here is where Ultra comes in. Founded by David Hanson and Nicolas Gilot in 2017, Ultra brings the blockchain revolution to the gaming industry and creates a fair ecosystem for the future of games distribution.

Its mission is to end the current distribution monopoly through a first-class PC game publishing platform. Basically, it brings the entire game ecosystem under one roof and thus allows both players and content creators to enjoy a much more accessible gaming environment.

Ultra’s Protocol is based on the EOS platform, but the team behind Ultra has added and altered the base tech stack to fit its specific needs. As a result of using blockchain technology, Ultra is designed to be much more efficient compared to its centralized counterparts. Some of its core blockchain features include the following:

The Ultra Mainnet went live in June 2021, with Ultra currently working on delivering an ecosystem that will provide all the tools and elements gamers and players need. In brief, some of the products Ultra will include are: 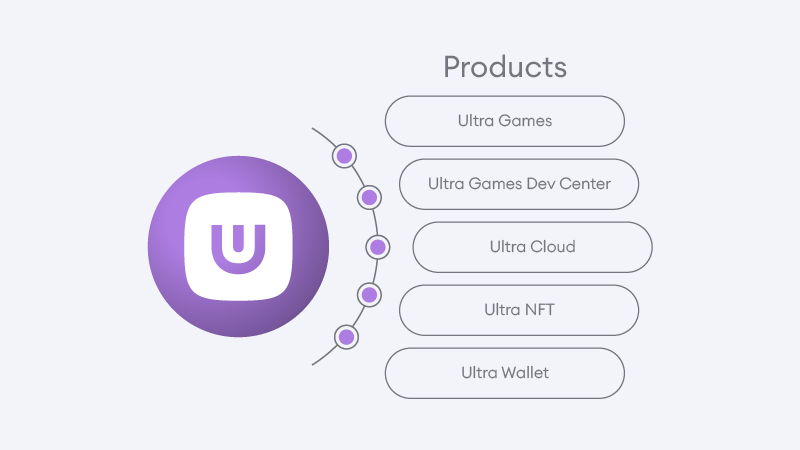 Let’s take a quick look at how players and game creators can benefit from using Ultra. As far as game developers are concerned, they will be able to:

Players, on the other hand, will have the possibility to:

Even if there are other projects that have started to bring blockchain technology and gaming together, no other blockchain gaming company is currently trying to build something as big as Ultra’s ecosystem.

For example, Decentraland and The Sandbox have a much more specific goal than Ultra. The Abyss is a digital distribution platform that shares its revenue with users, but it still doesn’t come close to what Ultra plans to build.

So, Ultra remains the only blockchain project trying to compete with Steam, the leading PC game distribution platform. While Steam, Epic Games, Google, and Apple have large userbases and hold leading positions in this sector, they have a few drawbacks that place Ultra in an advantageous spot. For example, Steam has a 30% commission on each sale.

Ultra takes a much lower percentage of revenue share, that is, a 15% revenue share on any game sales. Moreover, it allows for game porting from any platform and even helps game developers advertise and promote their games. Then, a major plus is that there are no transaction fees.

The gaming market is on an ascending path, Ultra has very limited competition in the crypto space, and it is working on bringing a complete platform, so if it delivers as promised, it has the potential to become a leader in this market.

While Ultra still has a lot of work ahead, it has already managed to reach a few important milestones, such as the launch of the mainnet, which took place earlier this year. Then, it has also entered a few important partnerships. Ubisoft, AMD, Elrond, and Theta are some of Ultra’s partners.

The full rollout of the Ultra platform is set to happen in three waves. Each wave will allow more users and introduce and test more features until the platform is fully open to the public.

While the first wave took place, November 25th was set to see the beginning of Wave 2, which hasn’t happened as of this video. Ultra posted on Twitter about this event on November 8th but a few days later posted that “due to unforeseen circumstances, Wave 2 of Ultra Games closed beta will be postponed until next week.”

We’re still waiting for a roadmap update to get an idea of when the rest of its products will be made available. However, the Ultra team members are active on Twitter and Telegram, so we’ll keep an eye on their posts.

This year has witnessed the emergence of several gaming-related crypto projects, but even so, many of them are just simple blockchain-based mobile games. Ultra is much more than that as it aims to deliver a complete and powerful PC gaming ecosystem.

It has considered all the needs game developers and players have and designed a platform that will cover all of them. Ultra has a solid team and noteworthy partnerships, which only confirm its potential. It still has a lot to deliver, but the project’s initiative and plans are enough to make us keep an eye on it.

What do you think about Ultra? Could it be a serious competitor for Steam? Let us know your thoughts on this in the comments section.